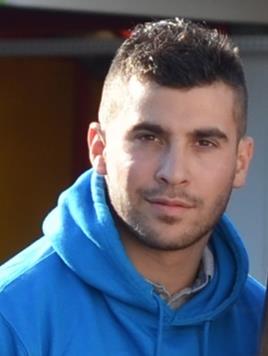 Last week, our Guest blogger Matthieu de Costa (LinkedIn here) attended the iGEM Giant Jamboree at the Hynes Convention Center in Boston (MA). As part of the IONIS iGEM Team from the Sup’Biotech Institute for Biotechnology in Paris (France), his team came back with a Gold medal for their Bio-console video game which aims to promote the Synthetic biology field to a popular audience.

Matthieu walks us through the week, for an insider’s look at some of the activities held and the atmosphere at the biggest international synthetic biology competition in the World.

“If you have knowledge, let others light their candles in it” Margaret Fuller.

This quote by a famous American journalist was written on the free access board by one of the team and is reflective of the spirit of this global competition. Despite being fiercely competitive, we all felt a significant part of the research progress in Synthetic biology, and the general field of Biology. The sharing of knowledge in the field was once again paramount in drawing teams from all over the world together this year. This was especially true in the poster sessions, where each team could showcase their project research and development.

As is the case every year, we were introduced to promising new ideas to fight cancer, detect diseases or purify drinking water sources. But not all the projects at the Jamboree aimed to ‘save the world’. I saw some truly original and entertaining projects such as Wellesley theTech, with their interactive museum to teach SynBio to general audience, and NYU Shanghai, who had a bacterial music generator using the virtual reality tech ‘Oculus rift’.

This year also opened up a new category for High School students, the first in their age group to have the opportunity to come to the main competition in Boston and participate alongside the collegiate teams. A team from Teipei’s American School won this category for their project Granzyme B.

Our Project from Sup’Biotech is a Bio-Console video game (which Labiotech have covered before), designed to generate popular engagement with Synthetic Biology through a mobile app. You can watch this Youtube video we made explaining our project here (there are also English subtitles available if needed).

During the five day event I also had the opportunity to attend different seminars at the conference led by some remarkable speakers: e.g. ‘Startup showcase’ and ‘Design and Run Experiments in Automated Labs’ etc. America’s FBI also made an appearance this year, explaining their use for synthetic biology in its impressive seminar “FBI: Safeguarding Science and the Future”.

In addition to this, I was given the opportunity to take part in various themed-workshops such as the position of Women in science, or one on the ethical issues surrounding the breakthrough gene-editing CRISPR technology. It all seems very academic, but don’t worry – we also had fun during a social event organized by the iGEM Headquarters at the Jillian bar: pool tables, bowling lines, lounge areas and a dance floor allowed teams from all around the world to chill together.

At the end, whilst me and my team felt fortunate to be a part of this awesome Giant Jamboree, we were also sad to see the end of our project’s run. But a huge smile was put on our faces when we were still awarded a gold medal for our Bio-console project. I hope that this first award will allow the future generation of our IONIS team from Paris to go further.