The first next-gen sequencing device of the size of an iPhone has been shipped. It is called MinION and is developed by the Oxford-based company Nanopore technologies. The long research and development process has finally paid off.

How can a next-gen sequencer hold in a so small device? It uses a newly developed nanopore sequencing method. Each DNA letter goes through a tiny little nanopore and the specific electric changes to each DNA letter is detected. This nanopore system can be miniaturized and enable scientists to sequence long DNA chains instead of small 150 letters chains to be assembled afterwards. The device nevertheless is not as accurate as competing technologies could be. It reads only 60% to 85% of letters correctly compared to Illumina’s sequencer which is 99,9% accurate. This makes this device not a direct competitor but a complementary device that has a lot of new applications thanks to its tiny size. One example could be police investigators, who could use this sequencer directly in the street and gain time. Another scientist mentioned he was able to eat at dinner with his device sequencing at the same time. I guess the first example will be more useful. 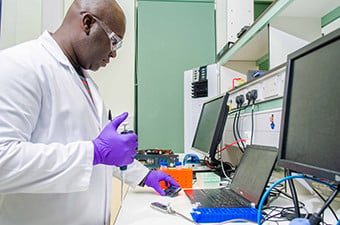 The device is now in beta test through the MinION Access Program and the first scientists have received their devices. Any scientist in the world can apply to this program and if selected, receive a beta-test device for approximatively 1000€. They should use it in any situation to give a large feedback to the company and contribute to the development of the technology. The prize of the device is another major advantage. Illumina’s machines cost approximatively $1 million, so 1000 times more than MinION. This opens new possibilities for personal sequencing or simply having more sequencing devices within a research institute. Any scientists could have a device and rapidly sequence for a very little cost.

This first shipment is a great achievement for the company and it was a long road. Lot of doubts were raised around this disruptive technology that could change the world of DNA sequencing. The physics suggested it is not possible to measure an as small distance half of a nanometer in an accurate way. Nanopore faced a lot of issues and delays in the shipment of the first versions. They finally did it and work rapidly to improve these beta versions. 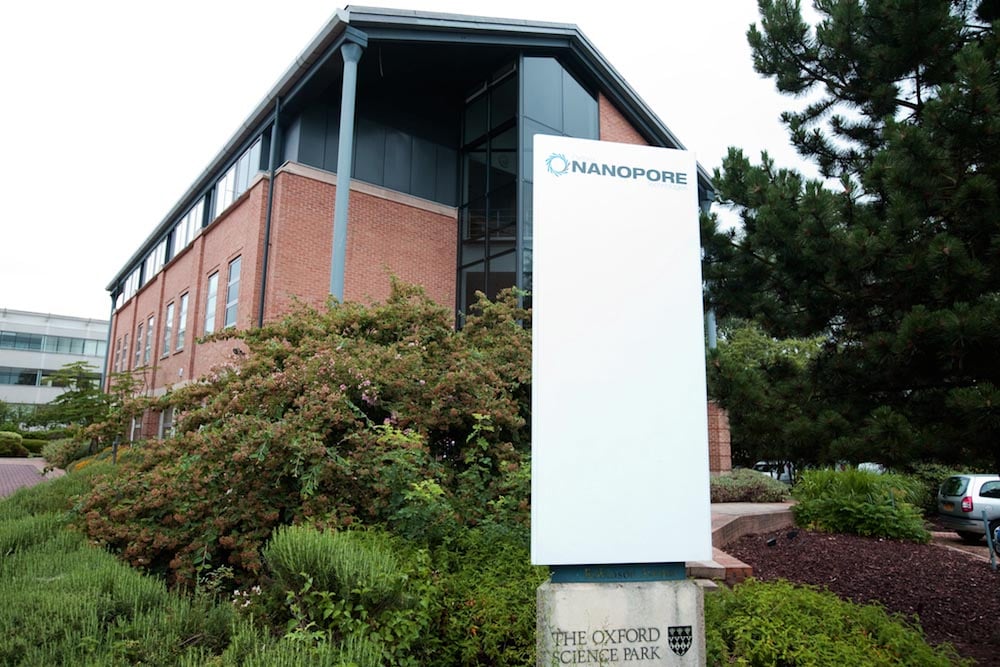 Nanopore Technologies is the Oxford-based company developing this product. It counts 200 people and has raised over 225 million euros. Their goal is to change the way we sequence DNA and capture a major part of this rapidly growing market that reached $4.5 billion in 2013. Illumina‘s San Diego based company is Nanopore’s main competitor. It performs 90% of world sequencing and counts over 3000 employees. They owned 13.5% shares of Nanopore before selling them in November 2013 and announcing at the begging 2014 they had a development program in intern with the goal to ship an industrialized device costing less than $1000. Other actors are interested in this big market including Roche, Swiss big pharma company. They tried to take over Illumina in January 2012 for $6.7 billion but did not succeed. They finally bought California based company Genia Technologies for $125 million and invested in another, Stratos Genomics. Other companies are also interested in this market including Japanese company Hitachi. The sequencing market should grow up to $11.7 billion by 2018 explaining why so many actors try to have an access to it. The next 4 years should be very exciting.