Yesterday I went to Biotechnica –  one of the biggest events for Lab tech debut in Europe, which took place in Hanover (Germany). One particular exhibition caught my eye – the LABVOLUTION trade fair, exhibiting a live demonstration of a connected laboratory: the ‘smartLAB‘!

So it’s been a while since I last worked in a lab, but from what I can remember, lab bench work was far from thrilling… Even use of a paper-based Lab Book seems like complete nonsense to me. Tracking your lab results on paper is in my opinion, counter productive when we’re in an era of effective digital tools used to save time and improve lab research efficiency. However, my visit to Biotechnica’s smartLAB did lots to restore my opinion of the traditional laboratory’s not-so-modern legacy. 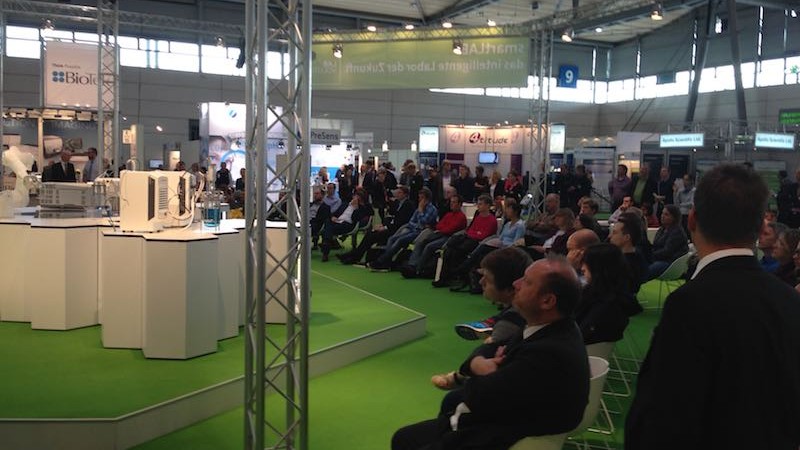 For many years, lab equipment manufacturers and scientists have dreamed of a connected lab, where you can finally sync all your devices to one efficient pool of data. And today, Biotechnica have shown us that this dream can finally be accomplished!

I was given the opportunity to assist with the live demonstration of the smartLAB, and I was really impressed by the result. As the live demo started, a ‘scientist’ (I’m not certain if she was an actual scientist or just in cosplay :p) went up on to the stage whilst wearing a kind of Google-Glass-esque device (it was in fact a Vuzix pair, powered by iTiZZiMo’s software). As an electronic visor, the device looked very futuristic! The ‘scientist’ then started to use the lab equipment assembled before her (balances and a PCR machine etc.). However, it was whilst she was going about her business, we could see what she was actually seeing through the glasses, as the feed was broadcast onto a big screen in real-time. It was really awesome! 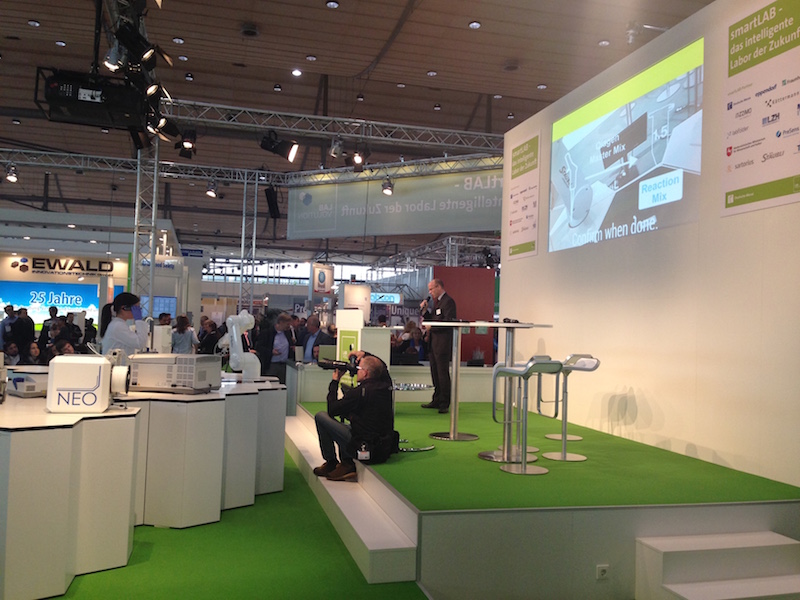 The virtual reality glasses showed her what she had to do and when, such as the volume of the reagent she had to pipet, or how long she would have to wait for the centrifuge program to finish running. When each step was complete, she just had to click on the glasses to move on. That’s a really useful feature in my opinion, especially seeing as these actions have to be performed so precisely.

I also tried the glasses to test if this demo wasn’t just a hoax. The result was really interesting. My vision was not disturbed by the glass display,  and I just had to flick my eyes to the right and focus on the small screen to see the information. 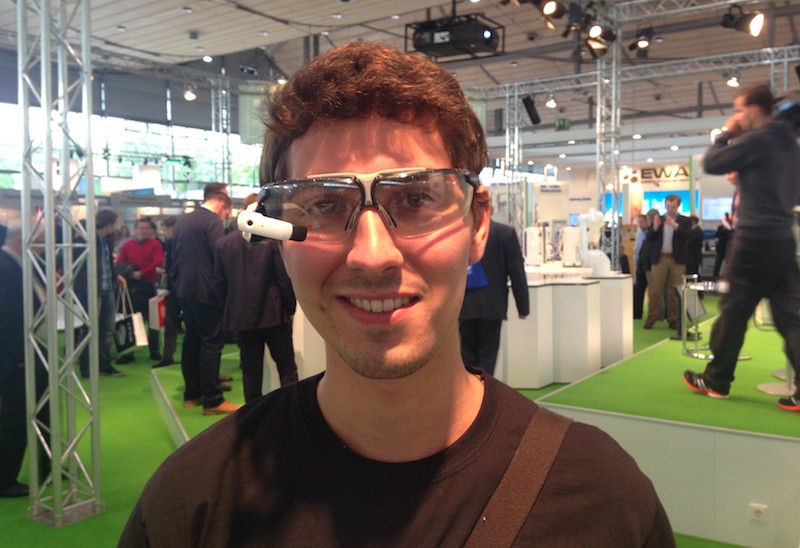 The big deal to make all of this working is the connectivity between devices. Labfolder, a cool startup from Berlin, (just like Labiotech) has developed the software to rule them all! Labfolder is a digital lab notebook, the perfect solution to finally stop using paper in your lab!

However, Labfolder is more than just a notebook, having also developed the software to connect with the lab equipment themselves – some even wirelessly! This smart software can be plugged into to a lot of different devices, from a range of different manufacturers.

Labfolder’s connectivity has huge potential. Its development team is currently working with a different manufacturer to adapt their devices to the use of the system. Imagine that you’re in the lab working on an experiment and following instructions from your glasses – without having to look away! At the same time, you can check on your tablet the run-time for the PCR program you just launched, or check up references from old experiments archived onto your system. Isn’t that awesome?

This live demo was a prototype of what is about to land on our benches. More than gadgets, I truly think that the connectivity is a critical step forward for researchers in labs.

I also captured a small video from the demo, you can watch it here: