Using artificial intelligence, a Belgian research group can diagnose juvenile arthritis from blood samples with almost 90% accuracy and identify different forms of the disease, something that is not currently possible.

Juvenile idiopathic arthritis causes joint pain, swelling and stiffness in children under the age of 16. The disease is hard to treat because there are different types of the condition, and each type responds to some treatments and not others. This diversity also makes it difficult to stratify patients in clinical trials of treatments for this currently incurable condition.

A collaboration involving researchers in Belgium and Austria has developed a method to identify which type of juvenile arthritis a patient has based on their blood samples. The method involves screening the samples for immunological markers, such as specific types of activated immune cells, and then using machine learning to predict whether the patient has a particular form of juvenile idiopathic arthritis.

“It’s not a single marker that will tell you the form of arthritis that a patient has, but a combination of markers,” Carine Wouters, one of the scientists at the Universitair Ziekenhuis Leuven involved in the research, told me. “The system allows us to mine huge amounts of data, create an algorithm and then apply it to the sample that we are testing.”

In a proof-of-concept trial, whose results were published in Annals of Rheumatic Diseases, the researchers profiled the immune systems of 85 patients with juvenile arthritis and 43 healthy children. The algorithm was able to distinguish between the two groups with almost 90% accuracy. The algorithm also found some specific markers that were associated with particular types of juvenile idiopathic arthritis. 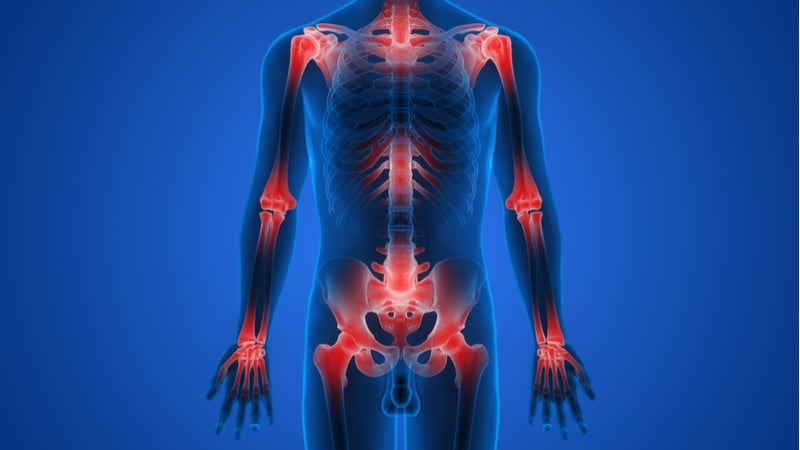 The team now plans to validate the method with larger numbers of patients. The goal is to get the technique approved for use in the clinic, where it could help to personalize treatments for patients.

Although juvenile idiopathic arthritis is a rare disease, understanding its immunological basis could lead to breakthroughs in more common inflammatory and autoimmune conditions — something that is attracting progressively more corporate interest.

“In the pharmaceutical industry there’s a growing awareness of these inflammatory rare diseases and an interest to invest in them,” Wouters told me.

In the future, machine learning could help us to further unpick complex inflammatory diseases in other ways. One way is screening the genome for particular genes linked to these inflammatory diseases, and another is characterizing gut bacteria in the human microbiome, which has also been linked with disease.

“I think it’s all part of the same trend: making more specific and early-stage tests through the collection of multiple data points, and using biostatistics to analyze the data,” Wouters commented. “This can be at the genetic, protein, cellular, and microbiome level.”