So after months of planning our first biotech conference, it’s kind of surreal to think it’s actually over. For now, anyway!

Here’s a recap of the day; speakers, panels, audience and the team, as we put together the premier of Labiotech’s Conference series – Labiotech Refresh. 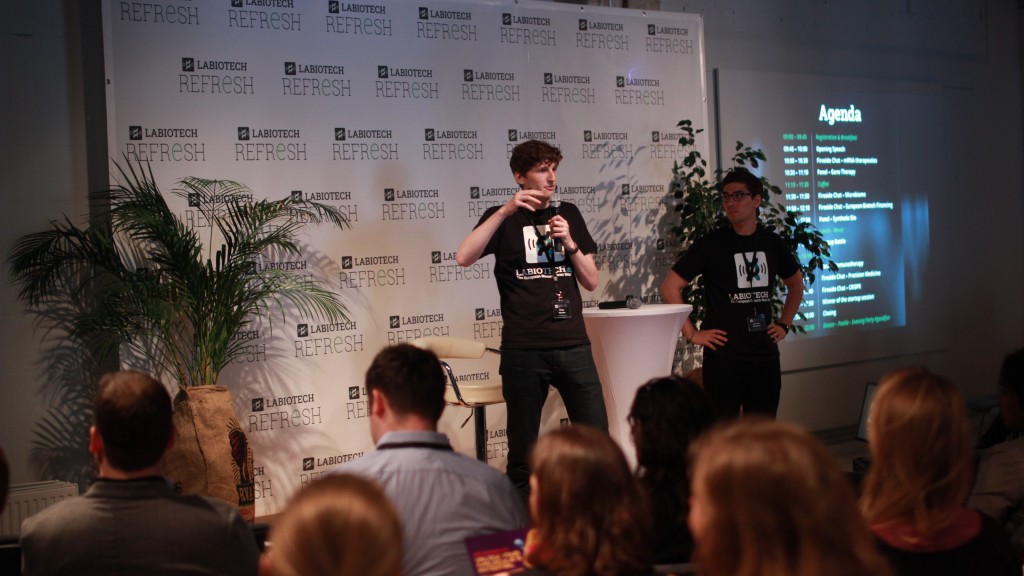 Philip and Joachim during the opening speech. It all kicked off with Fireside chats from some of the leaders within the Biotech industry.

On the Left Philip spoke to Isabelle de Cremoux from Seventure Partners (and founder of the first Microbiome Investment fund in the world), and on the Right, Joachim chatted with Ingmar Hoerr (the CEO of CureVac) on the rise of mRNA Therapeutics. 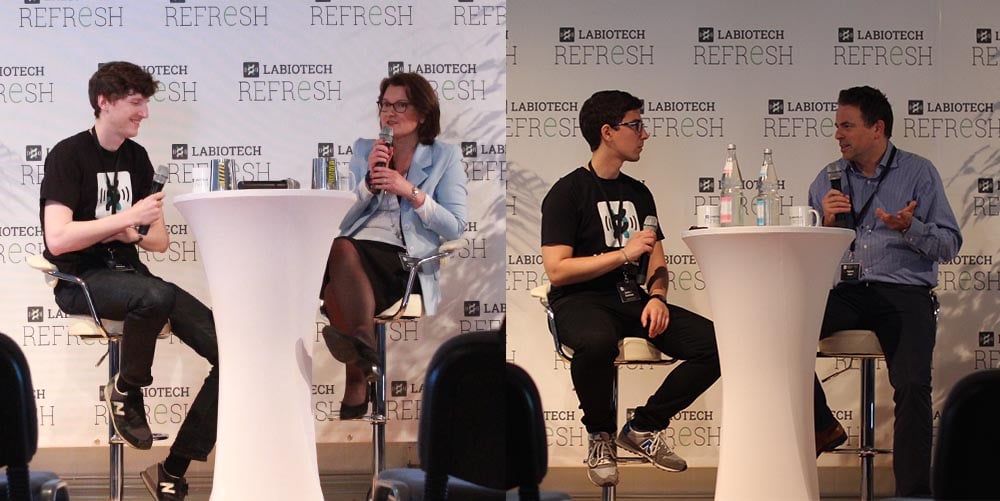 “Compared to CRISPR, CAR-t and Gene therapy – Microbiome is in its infancy” – Isabelle de Cremoux.

“You need to stick to your data, and not be influenced too much by investors.” – Ingmar Hoerr. 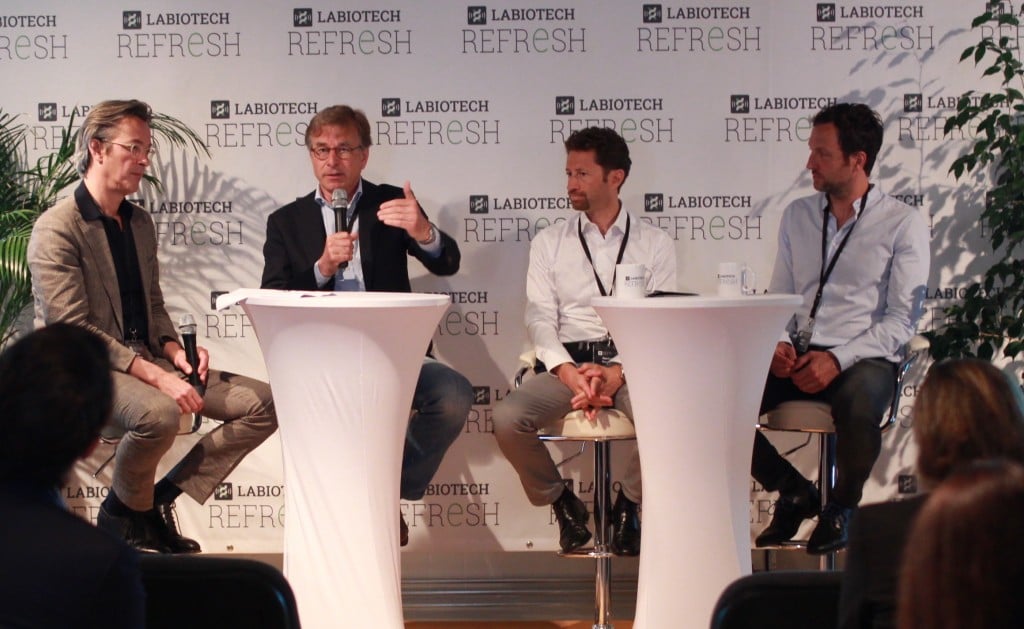 Our first panel then focused on Gene Therapy. Left to Right: Moderated by Hans Herklots (Managing Director of Capricorn One), Joern Aldag (CEO of uniQure), Pierluigi Paracchi (CEO of Genenta) and Kilian Guse (CEO of GeneQuine).

GSK isn’t helping by saying the pricing is too much, and they will be offering it for less.”#Glybera – uniQure.

Our second panel was on Synthetic Biology. Moderated by Cathal Garvey from IndieBio EU (centre right), the speakers were Emmanuel Petiot (CEO of Deinove), Thomas Landrain (President of La Paillasse) and Axel Polack on the right (General Manager at the Joint Polish Investment Fund).

“We can’t rely on publications to know what needs to be done. We have to rely on our own teams” – Emmanuel Petiot.

Important questions were raised, including on scaling up of fermentation, biohacking and innovation, and how DIY bio and entrepreneurs can work alongside (and as part of) the biotech industry. 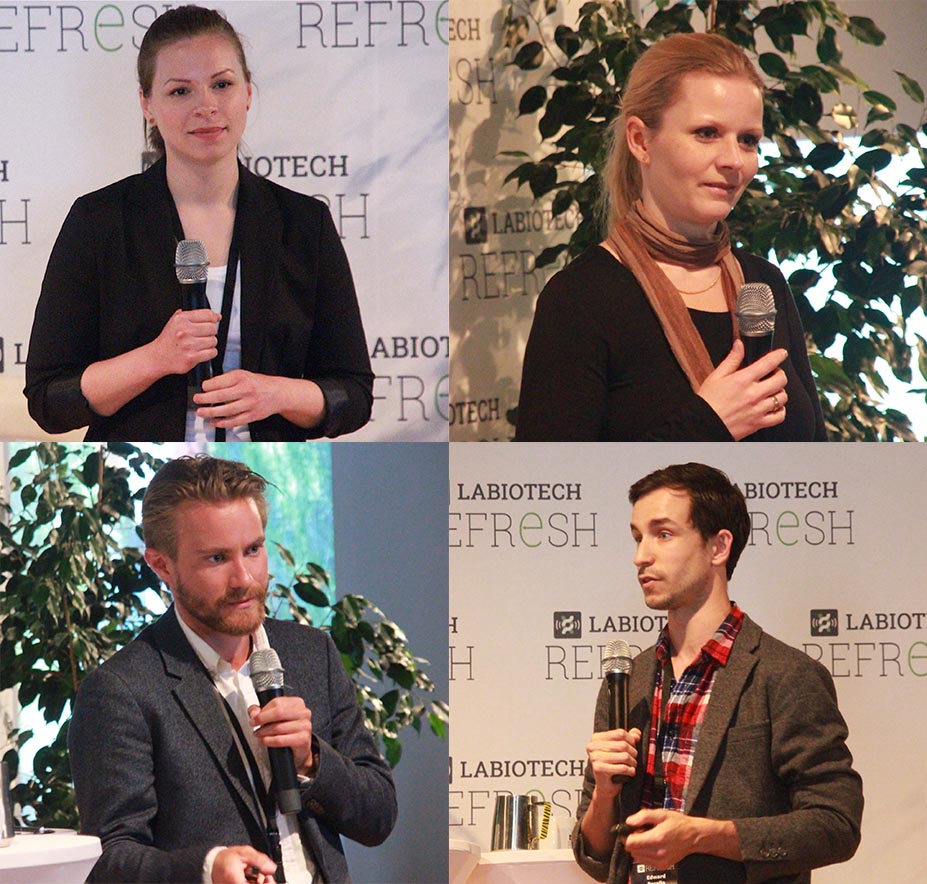 We then had a ‘startup face-off’. Each participant presented on their startup, before being subject to review from a panel of judges and questioned by the audience.

From the left clockwise: Sabina Dziemien from Eva Diagnostics, Katharina Paulick from BioNukleo, Andreas Lausten from VenomAb and Edward Perello from Desktop Genetics.

It was a tough job, and each of the 4 had to defend and justify their technology, business plans and delivery, along with other aspects of their startup. 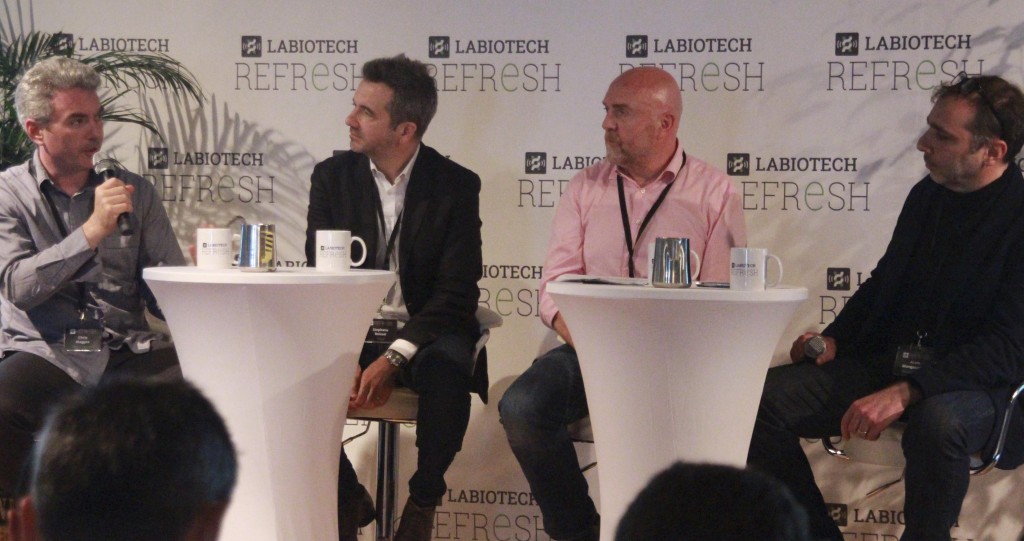 After a break, we moved onto our final panel for the day.

The Immunotherapy Panel was moderated by Chris Maggos (on the left), the Managing Director of LifeSci Advisors.

“The key for the future in #immunotherapy is combinations” – Stephane Boissel.

Joachim also chatted with Aram Mangasarian (CEO of Noxxon Pharma)  on the subject of investment and finance in Biotech.

I think you DO have very very smart investors in Europe.” – Aram Mangasarian.

And later Joachim also had a fireside chat with Georges Rawadi (VP Business Development ­at Celyad) on the nature of CAR-T and biologicals in Cancer research. 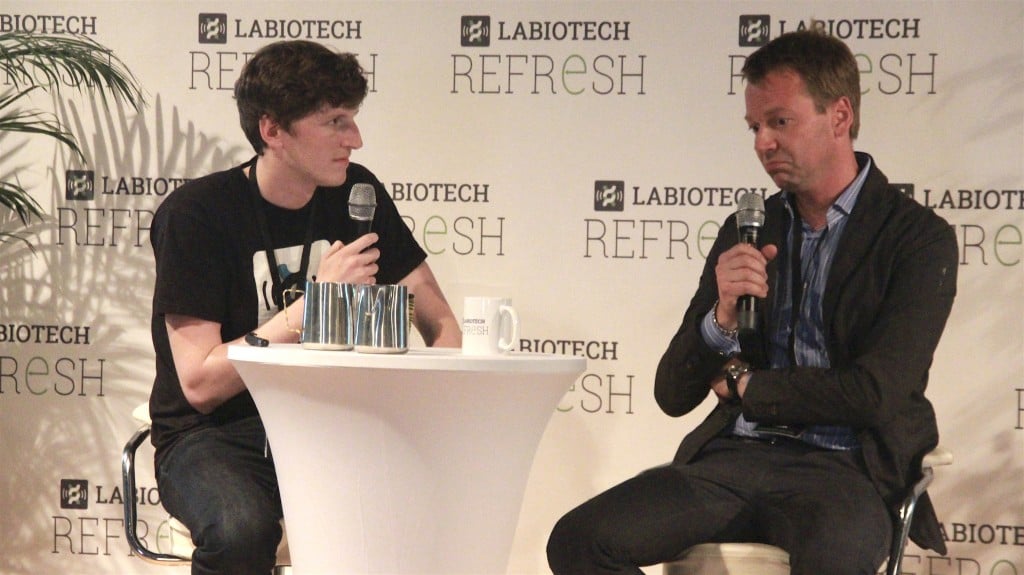 Philip had the last fireside chat with Rodger Novak, famous for his involvement in the CRISPR revolution alongside Emmanuelle Charpentier, and CEO of CRISPR Therapeutics.

We should stick to what we’re hopefully good at and not mess with Germline editing.”- R. Novak

During the break the judges considered which startup was deserving of first place in the ‘battle’. The rest of the conference attendees also took votes (as Jerome went around the venue with a polling box).

And the winner of the Startup Battle…?

…was Edward Perello from Desktop Genetics. The prize was 3 bottles of Berlin Beer, brewed by Philip himself, a nice Lego of Berlin and some great coverage. 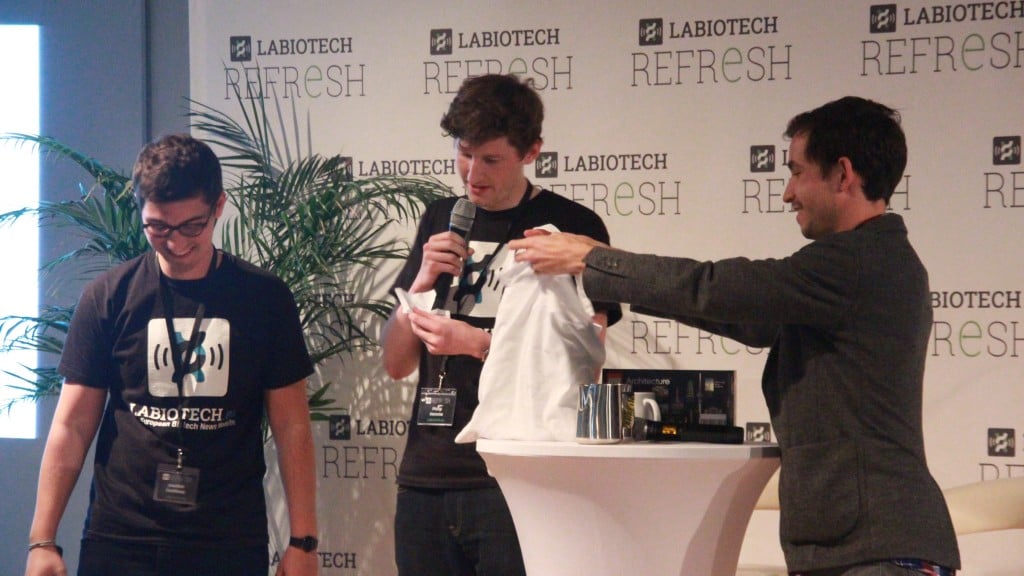 It was a very compact day (3 panels and 5 fireside chats!), but it went well and there were plenty of opportunities to discuss some of the (perhaps sometimes quite controversial) comments made.

At the end the rest of the team came on stage for a final closing before moving on to celebrations, paella and beer.

Thanks to all who attended and helped make our first conference work out so well – especially Nuria, our Events Manager!

Here are some more photos from the day…

That’s all for now – until next time! Watch the site for the videos and write-ups from the event (all of which will be published in the coming weeks).

Full-size versions along with the rest of conference photos to be made available on Flickr from the 7th June.