A food supplement made from bacteria, developed by a Belgian research group, has improved symptoms of the metabolic syndrome including insulin resistance and high blood cholesterol levels in overweight volunteers at risk of heart disease and type 2 diabetes.

The metabolic syndrome is a collection of conditions including high blood cholesterol, insulin resistance and high body fat. People with this condition are predisposed to developing serious health problems such as type 2 diabetes and heart disease. According to a research group based in the University of Louvain, Belgium, one way to reduce metabolic syndrome, and cut the risk of more serious conditions, could be targeting the gut microbiome.

In a study published in Nature Medicine, the researchers recruited 40 volunteers who were overweight or obese with metabolic syndrome. Over three months, one group received food supplements containing live bacteria called Akkermansia muciniphila. Another received a pasteurized form of the bacteria, and the final group received a placebo.

Interestingly, the pasteurized bacteria were more effective than the live bacteria at tackling the symptoms. The group given the pasteurized bacteria had almost 30% better sensitivity to insulin than those given the placebo, and an 8% reduction in total blood cholesterol. The volunteers also weighed roughly 2kg less than the placebo group, though this change was not statistically significant.

“The role of Akkermansia is very unique,” Patrice Cani, Professor at the University of Louvain, and leading the research, told me. “This bacterium naturally lives in the gut of healthy subjects and has been clearly inversely associated with overweight, obesity, type 2 diabetes and inflammatory bowel diseases.” 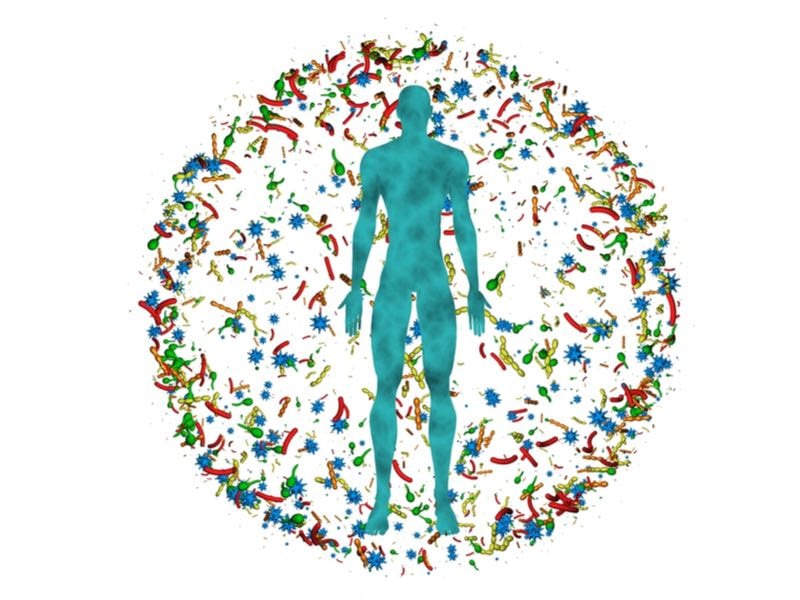 According to Cani, proteins on the surface of these bacteria activate the gut lining to strengthen the barrier between the gut and the rest of the body. This stops bacterial toxins leaking from the gut into the blood and causing inflammation. This, in turn, improves the body’s ability to handle sugar and fat, and reduces the incidence of the metabolic syndrome. Pasteurizing the bacteria could enhance the effect by letting more of their surface proteins access the gut lining cells to reinforce the barrier.

“Because Akkermansia is a gatekeeper, it has a very strong specificity to take care of the gut lining but also to communicate with our own cells and the immune system. This is one of the key elements explaining the metabolic impact,” Cani explained.

The group expects to commercialize the bacteria as a food supplement by 2021 with the help of a spinoff company from the University of Louvain and the University of Wageningen, called A-Mansia Biotech. This spinoff is one of many companies developing approaches based on the gut microbiome to treat conditions including inflammatory bowel disease and cancer.

Cani was careful to explain that this supplement should be taken along with conventional preventative measures for the metabolic syndrome. “In any case, this approach will never replace appropriate dietary habits and physical activity,” he cautioned. “I really see this as a complementary approach as an adjuvant to boost the metabolism and help to improve metabolic factors.”