A five-year microbiome project, funded by the EU, has linked the presence of specific strains of gut bacteria to protection from obesity, glucose intolerance, and even depression.

The project, called MyNewGut, found evidence that specific strains of bacteria can contribute to obesity in people on high-fat or high-sugar diets. Research led by Yolanda Sanz, Professor at the Institute of Agrochemistry and Food Technology, Spain, also uncovered strains of bacteria such as Bacteroides uniformis that could prevent the harmful effects of obesity by modulating hormones that regulate appetite.

“We are now able to grow these bacteria in laboratory conditions,” stated Sanz. “This means that we are closer to applying this innovative product in practice.” As the effects of these strains have only been tested in mice, the potential of this microbiome therapeutic needs testing in humans before reaching the market.

One study under the project’s umbrella found that mice given a high-fat diet don’t just gain weight: they show symptoms resembling those of depression in humans. This suggests that depression, the number one cause of disability globally, could have a link with gut bacteria in humans too.

“I think the main achievements were to profile the gut microbiota in stress-related disorders, most notably, in depression,” stated Ted Dinan, Professor of Psychiatry in University College Cork, one of the members of the project. “Also identifying one or two strains of bacteria which we call psychobiotics, because they have the capacity to reduce stress in healthy subjects.”

The idea that gut bacteria could tackle depression was also reported in a study last year, when a strain of the bacteria species Bifidobacterium longum reduced depressive symptoms in patients with irritable bowel syndrome. 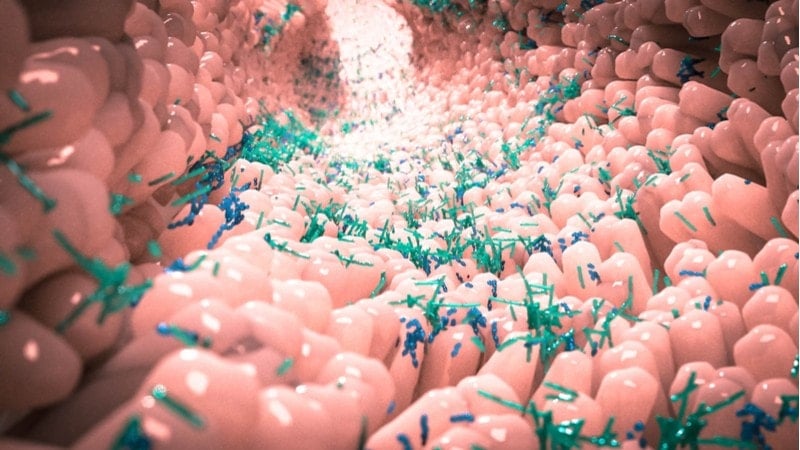 The journey of the microbiome to the clinic is difficult. The idea of giving patients only one strain of bacteria as a therapy or ‘probiotic’ treatment, while appealing for industry, may be too simplistic. In contrast, more general microbiome-based treatments, such as transplanting a healthy person’s fecal microbiota into a patient, could be too crude and unspecific.

One potential solution to the specificity problem is personalizing the microbiome treatment, which is a solution supported by one of the MyNewGut studies. The researchers in this study gave a fecal transplant of healthy subjects to patients with the metabolic syndrome. The study found that only patients with a specific gut microbiota profile benefitted from this treatment.

Plenty of companies are hoping to exploit the microbiome in therapeutics. The French company MaaT Pharma improved the gastrointestinal symptoms in blood cancer patients undergoing chemotherapy by transplanting fecal microbiota in a recent phase Ib/IIa trial. The UK’s Microbiotica is testing bacterial strains for clinical benefits in inflammatory bowel disease and cancer.

A growing number of big companies are also partnering up with small microbiome companies to stake out territory in the microbiome field. Janssen recently partnered with the Israeli company BiomX hoping to use its microbiome-based tech to screen which patients could benefit from treatments for inflammatory bowel diseases. Genentech also partnered with Microbiotica to co-develop treatments using gut bacteria to treat inflammatory bowel disease.