Mologic and Newcastle University have launched a diagnostic device that provides rapid information on herbicide resistance for a common weed, which could help cut major losses for the British agricultural industry.

The partnership between academia and industry has developed a device that can diagnose herbicide resistance in the blackgrass weed, which could help farmers protect their crops more effectively. The device, called the blackgrass resistance diagnostic (BReD), works by detecting levels of an enzyme that is highly concentrated in blackgrass that makes it resistant to multiple types of herbicides. If the enzyme is present, a red band will appear on the device.

Blackgrass is a major problem in the UK due to its resistance to multiple herbicides, causing losses of around €567M (£500M) each year. Current herbicide resistance testing methods need to send seeds or whole plants off-site, which is time-consuming and can produce variable results. BReD can provide results within five minutes, allowing farmers to make instant adjustments to blackgrass control.

“As far as we are aware, the only competitive products are traditional seed viability testing, which can take 3-4 weeks to provide a diagnosis, or molecular assay testing, which can be expensive and still take 3-5 days to provide a diagnosis,” Mitch Brooker, General Manager at Mologic, told Labiotech. “BReD provides an immediate diagnosis in the field for a cost effective solution.” 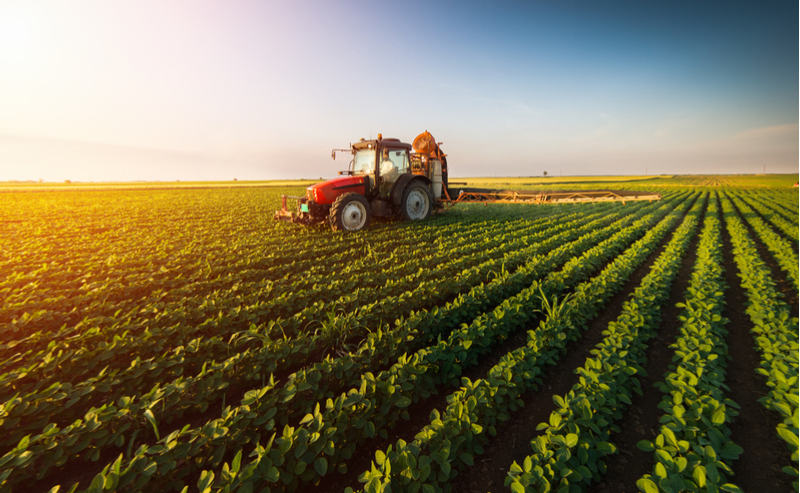 “Early-indication diagnostic tests are common place in medicine, such as for pregnancy or diabetes, and are used to help people make decisions much earlier on with the aim of improving the long-term outcome. It should be no different in agriculture,” commented Rob Edwards, Professor of Agriculture at Newcastle University.

Interestingly, Paul Davis, co-founder and chief scientific officer of Mologics, was one of the founders of the Clear Blue pregnancy test, a well-known product that has had a major impact on people’s lives. The company has until now solely focused on medical diagnostics and this is their first foray into the agricultural space.