The stock of Summit Therapeutics has plunged by 80% after announcing that its drug candidate for Duchenne muscular dystrophy failed to meet the primary and secondary endpoints of a Phase II clinical trial.

Duchenne muscular dystrophy is a genetic disease that causes progressive muscle deterioration in children born with the disease. The British-American company Summit Therapeutics was testing a drug with the potential to become one of the first treatments for this condition. However, the results of a Phase II trial testing the drug in 40 boys with the disease showed the drug did not bring a benefit for the patients.

In February, Summit reported that its drug, ezutromid, was able to reduce muscle inflammation after 24 weeks of treatment. But the results did not hold up after 48 weeks, when no significant muscle improvement was seen either through magnetic resonance or biopsy.

Ezutromid was designed to boost the levels of utrophin, a protein found in muscles, with the intention to replace the lack of another muscle protein, dystrophin, which is absent in patients with Duchenne muscular dystrophy. Glyn Edwards, CEO of Summit Therapeutics, stated that:“While we believe utrophin modulation could still have a place in the treatment of DMD, it is clear that ezutromid is not providing a benefit for patients.” 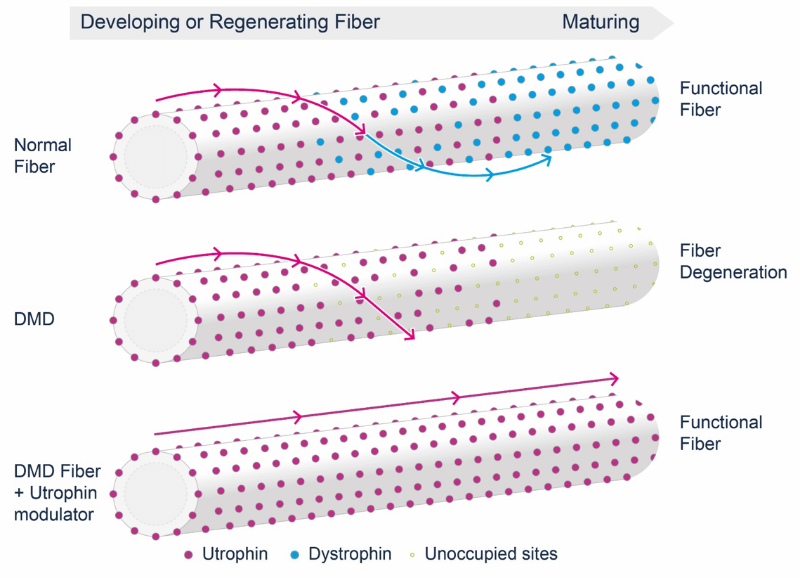 Consequently, Summit has decided to terminate the drug, a decision that has been answered with a massive drop in its NASDAQ stock, which is down by 80% since the announcement yesterday. The company will now focus on its antibiotics pipeline instead. Summit is planning a Phase III trial with a new antibiotic called ridinilazole in patients infected with C. difficile.

The news will be hard on patients with Duchenne muscular dystrophy, given there is no treatment for the disease beyond palliative care. But more alternatives are on the works. One of the most promising approaches in development is gene therapy, which focuses on fixing the genetic defects that cause the disease in the first place. In particular, CRISPR technology has shown potential to treat Duchenne muscular dystrophy, with two US companies, Editas Medicine and Exonics Therapeutics, working on two different approaches to address multiple mutations at once.