Editor’s Note: Novartis did note a death from cerebral hemorrhage in its hearing with the FDA yesterday.

With the application review hearing set for tomorrow, the FDA has shared its thoughts on Novartis’ CAR-T candidate. Up front are serious safety concerns.

Novartis’ CTL019, or Tisagenlecleucel, wowed the audience at ASH last fall with a stellar 82% response rate in B-cell acute lymphoblastic leukemia (ALL), prompting its developer to beeline to the FDA with a BLA of what may well be the first CAR-T therapy on the market. Ahead of the committee’s hearing tomorrow, which will be live-blogged by STAT News, the FDA has released findings from its review: efficacy doesn’t seem to be a problem, but long-term safety has caused some concern.

In the preview document shared yesterday, the FDA went beyond the short-term safety concern regarding cytokine storms to note the long-term risk of viral infections from the retroviral vector and the cause of new cancers: 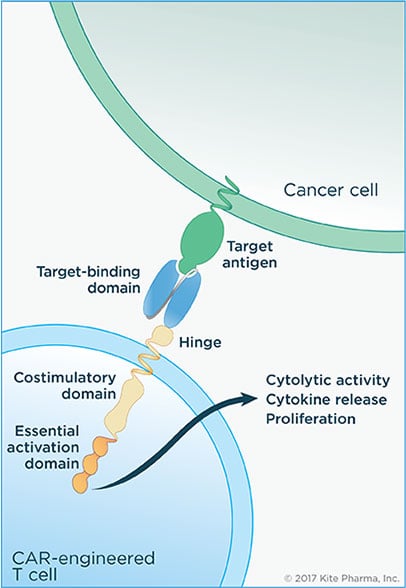 “In addition to the short-term safety issues noted above, potential long-term safety concerns with tisagenlecleucel include the potential for generation of replication-competent retrovirus (RCR) and the potential for insertional mutagenesis to cause new malignancies (genotoxicity). The safety assessments in Study B2202 did not identify risks from clonal outgrowth and vector mediated delayed adverse events (e.g., secondary leukemias). However, most study subjects have not been followed for very long, thus limiting the ability to assess the risk of delayed events. The potential for genotoxicity from insertional mutagenesis is a concern with immunotherapy products that require gammaretroviral and lentiviral transduction. Therefore, post-marketing considerations for long-term safety monitoring may be necessary to address the potential safety concern.”

As STAT News noted, the bulk of the discussion revolved around monitoring the incidence of these adverse events, which suggests that these long-term risks won’t break the approval of CTL019.

Regarding the short-term adverse effects, Novartis has been the only leading company in the race to be the first to market in CAR-T to avoid patient deaths. The trials of rivals Kite and Juno were marred by a number of them — so many for Juno that the biotech jettisoned its program — so it’s no surprise that safety is at the forefront of the regulatory committee’s considerations.

Kite remains hot on the heels of Novartis, having laid the groundwork for its own BLA last winter. A positive review of CTL019 would come as good news for the American biotech, whose candidate is similar enough that it may enjoy or suffer the same fate as its European counterpart.

Kite may be able to outpace Novartis on another front though: manufacturing. The first two hours of tomorrow’s session will be dedicated to scalability, which as Cellectis’ co-founder David Sourdive told us, “still [holds] some significant challenges.” But, at the end of tomorrow, we may have a verdict on whether or not CTL019 will be the first approved CAR-T therapy.

If you need to catch up on what’s been happening in the CAR-T race, Clara’s review has all the info you need!