Controlling genes with light is a new therapeutic avenue, and researchers from Finland are exploring how it can be used to tinker with the cell’s biochemical circuitry. Their findings could provide a better understanding of degenerative diseases and yield new cancer treatments.

Researchers from the Turku Centre for Biotechnology at the University of Turku and Åbo Akademi University, both in Finland, have made an interesting discovery when working with optogenetics, a young but very promising research field. Now published in Nature Communications, the work revealed a previously unknown behavior in the signaling circuits of mammalian cells.

Framing the complex inner workings of cells as “cellular circuits” is common in the field of synthetic biology, cropping up in the designs of iGEM, for example. Now the analogy gets even closer, as the Finnish researchers found that signaling pathways also have something called resonance frequency. Resonance is at the basis of techniques in chemistry and medicine, such as MRIs, as well as an important concept in music, physics and engineering. Even buildings resonate, which is why you shouldn’t march on bridges.

For cellular circuits, resonance can be used to turn these signaling pathways on or off with the right frequency of light flashes. The research team developed an optogenetic inhibitor for the JNK protein, a kinase involved in the regulation of cell function. With pulses in specific frequencies, inhibiting JNK halted gene expression in the nucleus. 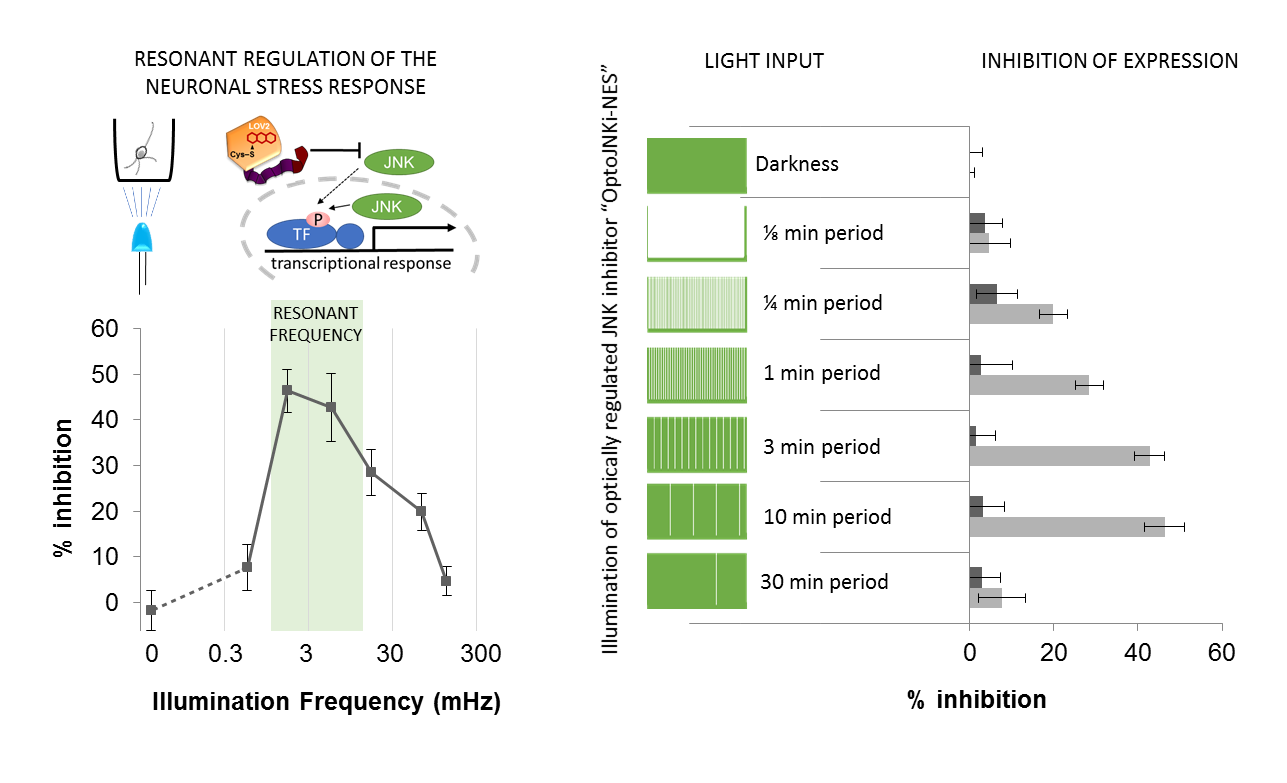 The disruption of signaling pathway through resonance could explain some of the underlying phenomena that lead to neurodegeneration, researchers point out in their paper. The only other cells yet found to also resonate were yeast cells, and the effect seemed to stop its growth.

This growth inhibition brought the idea that resonance could be weaponized against cancer. Once the right frequency was identified, pathways of cancer cells can be controlled or disrupted in this new way, making them stop growing. The team is now focusing on this possibility for future research.