With CRISPR being one of the most significant discoveries in genome engineering history, many scientists are now turning towards it as a basic foundation of their research. In response, companies are developing new technologies and products designed to help these very scientists become more effective in their research. One such company is Silicon Valley entity Synthego.

Founded by engineers, Paul and Michael Dabrowski, Synthego has risen from an unknown startup to one of the leading providers of genome engineering solutions today. Having both worked at Elon Musk’s SpaceX, the Dabrowski brothers seemed like an unlikely pair to create a biotech company focused on CRISPR genome engineering. However, it is their knowledge and experience of precision engineering and automation that has become a key differentiator. 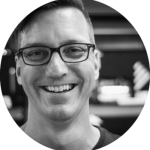 Eight of the world’s 10 largest biopharma companies are already working with Synthego. Out of the top 25 biology universities in the world, 24 are using its products, and even CRISPR pioneer Jennifer Doudna’s interest was sparked – she is now an investor in the company.

We caught up with Tisch to talk about how CRISPR is revolutionizing the biotech field and the role Synthego is playing in all of this.

Ted, what is so different about Synthego? What are you doing to revolutionize the CRISPR landscape?

PCR and next-generation sequencing (NGS) have been the two breakthrough technologies of the past 25 years. I call them core platform technologies, because they have been built up and expanded over time. These technologies took 10 to 15 years to reach wide adoption because researchers had to adjust to a technology that was very expensive. This consequently limited the adoption rate.

The cool thing about CRISPR is that it requires only a few pieces of equipment for it to work, so anyone can do it. I have not observed a technology lift like this in the market and this is why I believe that CRISPR will be the third platform technology in life science. Synthego aims to revolutionize CRISPR in two ways: Firstly, it automates the laboratory workflow, and secondly, it focuses on simplifying the workflow.

Biological workflows are extremely complex, as they include many complicated steps, which can lead to errors and wrong assumptions. This is a downward spiral, as many researchers rely on the work of others and subsequently, mistakes might be replicated in other labs. One of the biggest challenges with fast moving technologies is that people start publishing quickly with poor results; Synthego is trying to keep the industry safe from the dissemination of poor results by providing high-quality effective products and ultimately performing the basic research steps themselves.

So how is Synthego solving these problems?

Synthego produces synthetic guide RNA (gRNA) and a next-generation Design Tool. Imagine synthetic gRNA like a shuttle that escorts the enzyme Cas9 to a specific target gene where the Cas9 can cut the DNA. Poor quality gRNA products can lead to off-target events, meaning that the enzyme cuts the wrong part of the DNA strand. Synthego’s gRNA has a high on-target efficiency, allowing researchers to work more quickly. Subsequently, there is an increased percentage of edited cells, making research experiments much easier.

The other product is a CRISPR Design Tool, which was launched in May. Synthego developed a software tool that identifies the target gRNA sequence with the highest on-target percentage while reducing off-target events. Researchers can go online, look up over 100,000 genomes and within seconds the tool will present the sequence of the gRNA. It’s like shopping on  Amazon: users can order it directly online and a receive their product a couple of days later.

The Design Tool coupled with the synthesized gRNA really simplifies the workflow in the lab.

Can you comment on the feedback from the life sciences industry? Are you working with any partners from academia or the industry?

There has been a great resonance from the industry. Worldwide, academic institutions and commercial organizations in about 33 countries are working with Synthego. To date, 24 of the 25 top life science universities in the world, and 8 of the world’s 10 largest biopharmaceutical companies are using our technologies.

Following the US, Europe represents one of our largest areas of interest. We have customers in most of the major Western European countries, including the United Kingdom, Germany, France, Spain and the Netherlands. For example, Synthego is working closely with the University of Oxford in the UK, and in Germany, the University of Freiburg.

That all sounds very positive, but what about challenges? Are you currently facing any?

Well, the first but good problem we’re facing is that Synthego has a huge customer demand. Helped by the fact that we received series B funding in January, we are now focusing on upscaling our capacities and on the development of new products and solutions.

One major challenge is to get people to move away from outdated processes. Scientists are notoriously dogmatic and careful about adapting new technologies. However, many researchers are exploring new ways of using genome editing in their processes, whether it’s therapies, improving the performance of their cell lines, or the development of their drug products. As our products help to deliver good and quick results, we have a high adoption rate.

CRISPR is a breakthrough technology. There must be a lot of competition out there?

As a small company that is trying to make noise in a big industry, we have to focus on quality, innovation and quick execution. Our competition are the large multimillion dollar life sciences companies. But these large life science suppliers have tried to address genome editing with old technologies or processes, making their products more expensive, slow to be delivered, and often unclean.

What does the future hold?

In the near term, we see further simplifying and improving the research workflow by providing easy-to-use kits and tools.

Our long-term strategy is to offer biology as a service. Imagine a scientist who wants to run thousands of experiments, but is lacking the time, budget, or infrastructure. As Synthego continues to develop its platform, any scientist will be able to insert his experimental parameters online via a computer, and Synthego will run the experiment and deliver the results.

Our goal is to make biology research accessible for all scientists worldwide.