Sanofi Pasteur is the infectious disease division of the French Giant Sanofi, responsible for producing 1 Billion vaccine doses each year. Now they are looking to ‘evolve’ the vaccine R&D field, adapting their approach to find a broader spectrum defense against seasonal Influenza strains. However, the UK NIHR and PepTCell are also after the same thing.

Sanofi presented its new Research and development focus at the 16th World Vaccine Congress in Madrid (Spain). Seeing as Europe continues to strive in its leading position in the vaccine field (Sanofi being one of its 3 major manufacturing giants), it has long been expected for Sanofi to also pursue a ‘Universal Vaccine’ for seasonal flu, which annually kills 250,000 to 500,000 people. According to Sanofi Pasteur’s CEO Olivier Charmeil, Sanofi already provides over 220 million seasonal influenza vaccine doses each year to combat these figures from the WHO.

As Charmeil explained, this simply isn’t enough though, due to the rapidly changing nature of such viruses. A more broadly acting vaccine for seasonal influenza could therefore address the many strains and variations which occur in the population over the winter season.

This is being tackled through employing ‘tailored’ antigens, which are the basic apparatus of most influenza vaccines. Using a more broadly complementary antigen types would therefore make the vaccine more effective at dealing with similar (but still different) strains, which are constantly arising each season due to fast mutation rates. 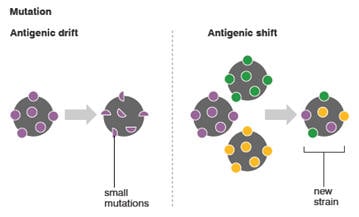 Sanofi is using a research platform dubbed COBRA (computationally optimized broadly reactive antigen) to make a synthetic ‘compound’ vaccine, constructed using genetic material from multiple influenza virus strains. By searching for common elements across these strains (which remain unchanged over the years) could make the vaccine efficacy less ephemeral and negate the need for the Vaccine research field to return to the drawing board each year.

However, other researchers in the field are also looking to do the same. The National Institute of Allergy and Infectious Diseases (NIAID), part of the NIH in New York (US), is partnering up with London’s PepTCell (part of the SEEK Group) and the UK NIHR to jointly lead a study for another universal flu vaccine. Their novel ‘Flu-v’ candidate is also hoped to help protect recipients from a broader spectrum of seasonal influenza strains, by stimulating a cytotoxic T lymphocyte and non-neutralizing antibody response.

It is an exciting development to see so many international teams working towards a better defense against the arsenal of novel flu strains which arrive each winter.