Sividon was a spin-off from Siemens, founded in July 2011 – and it was just sold to the American Myriad Genetics ($2.2Bn market cap) for €50M, even though the company raised only €5M over its lifetime. A clear success story that I discussed with Karlheinz Schmelig, partner of Sividon’s Lead investor Creathor Venture.

Sividon worked in the space of breast cancer diagnostics. Its first and main product is EndoPredict, which is an in-vitro diagnostics test to identify patients with primary breast cancer who can be safely and effectively treated without chemotherapy. The test was used by nearly 20,000 patients (both in clinical studies and on the market) and has shown very solid data.

“This is what makes EndoPredict unique”. The data outpaced its direct competitor Oncotype DX from Genomic Health ($200M annual sales), MammaPrint from Agendia (covered here), and this is what caught the attention of Myriad Genetics. 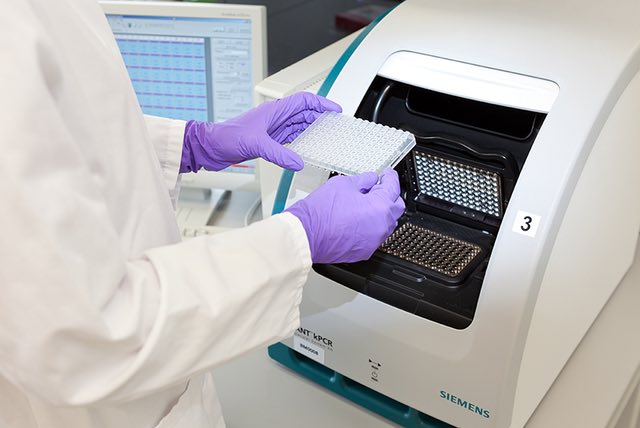 The two companies actually started working together in 2014 when Myriad signed a partnership to distribute EndoPredict in Europe. The performance of the test (as well as the commercial success) convinced Myriad to acquire the whole company, for the whopping sum of €50M.

The sum didn’t seem so high to me. But as Schmelig told me “Sividon is a good example of German capital efficiency”. The company raised less than €5M and got sold for 10 times the investment. A nice return on investment for all their shareholders (including lead investors Creathor Venture, Rheinland Venture Capital and co-investor KfW).

The tricky point in diagnostics is the reimbursement. The test is already CE marked and on the European market, but every health insurance has to accept to reimburse it – or not. The next step for the test is to get FDA approval and approach the American market. Myriad will be one of the best companies around to ensure success.

This success story is a good example where Creathor Venture differs from other Biotech VCs (like the 18th here). It’s looking to invest in life sciences companies closer to the market, which could generate revenues more rapidly. Sividon was a good example, and Creathor also invested in Cevec (more info here) and in Sirion (which we covered here when it opened its subsidiary in Boston).