Personal Genetic data plays more and more a critical role in drug development. Major Pharma company Roche and its Biotech subsidiary Genentech are iconic in this trend. They have always been the first ones to catch up the wave and get profit from it. Today, Genentech believes and focus on genome sequencing to continue bringing breakthrough treatments to patients, and  generating value by doing so.

Roche-Genentech were pioneer in using biomarkers and diagnostics and Herceptin is a perfect example of it. It is a breast cancer treatment which works only for patients that are positive to the biomarker HER2. It allows the treatment to segmented patient population and offers a more effective treatment. Successful treatments for HER2-positive women went from nearly 20% to nearly 70%, mainly thanks to this drug in a period of 10 years. It was a big therapeutical success and a big commercial achievement.

Genentech and Roche now believe that genome sequencing and its analysis will lead to the discovery and development of new diagnostic tests and new therapeutics. At BIO-Europe Spring, I had the chance to talk with Thomas Zioncheck, Senior Business Development of Genentech, to get an insight in its strategy.

Disclosure: The content, including the quotes, has been written independently and has not been validated by Genentech/Roche.

“2014 was the year of DNA sequencing”, he started with. Human genome sequencing dropped to $1000 opening new opportunities. It is something I hear again and again but I never could quite define.

Zioncheck gave me several successful examples. The first one is the use of the sodium channel nav1.7 as neurodiagnostic. Starting from genetic information, it was found that this channel lead to a gain and a loss of function. A small molecule was then designed against nav1.7, which showed promising results. Another example was regarding genes implicated in pain which led to new treatments. These two illustrations show the potential of transforming genetic data into medicines. 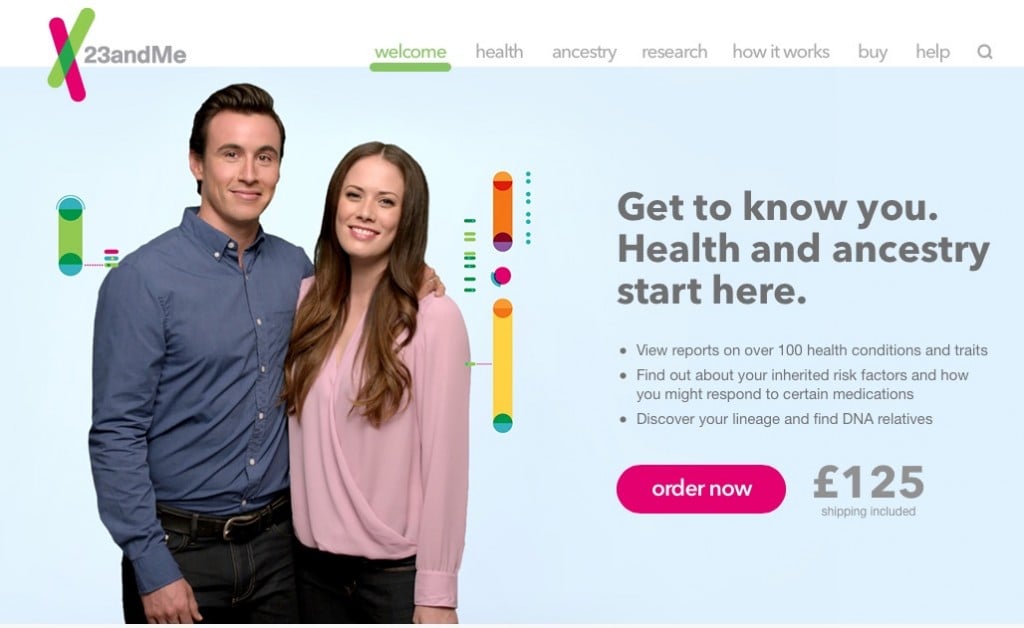 The first one was with 23andMe, the personal genetic company, which sells a kit based on DNA sequencing to inform you about genetical risks of disease, for example breast cancer. Genentech partnered with them for Parkinson’s disease. 23andMe is the only company that have access to the genomic information of 12000 patients. Thanks to the partnership, Genetech will be able to do whole-genome sequencing, find biomarkers and associated drugs. It is also interesting to see how 23andMe opened a new business opportunity on selling personal data… not surprising when co-founder of Google Sergey Brin was personal investor in the company.

The second deal was with Human Longevity, company founded by Craig Venter, one of the most influential scientists in synthetic biologic and genetic engineering. The company’s technology allows to sequence patients already in clinical trials and exploits all these data. It could lead to the development of new companion diagnostics and improve clinical trials. “It’s incredibly powerful” Zioncheck commented.

The third deal was the acquisition of the Foundation Medicine by Roche for $1B. The company is able to give a rapid cancer diagnosis based on sequencing a biopsie, and orient the patients towards different treatment. The company also has a huge database of cancer genomes and knows which cancers are answering which treatments, which will lead to synergies with the other partnerships cited before.

Zioncheck concluded: ” There will be no big blockbuster treating everyone anymore. Really”. A specific response and identification of the best patients becomes crucial. Roche is already a leader in diagnostics and this focus on personal genetic data should only improve this position.