A phase III trial testing an oncolytic virus treatment for liver cancer, developed by the French biotech Transgene, has been discontinued after interim analyses concluded that the treatment was unlikely to succeed.

Originally expected to finish in 2020, the phase III trial tested the oncolytic virus treatment Pexa-Vec in patients with the liver cancer hepatocellular carcinoma. The treatment was given in combination with the cancer drug sorafenib, and compared with using sorafenib alone. However, the trial was discontinued after interim analyses suggested that it wasn’t likely to meet its primary endpoint, which was to increase patient survival.

“It is too early to speculate on why the trial did not succeed,” the CEO of Transgene, Philippe Archinard, told me. Transgene and its development partner, the South Korean oncolytic virus biotech SillaJen, expect to provide updates on the fate of the treatment over the next few days.

Archinard was confident that Transgene’s newer viral treatments, one of which is currently in a phase I/II trial for treating colorectal cancer, can succeed where Pexa-Vec failed. This is because the viruses have been designed to be more selective and destructive to the tumor cells. “This is due to different gene editing,” Archinard told me. “Our proprietary viruses have had two genes removed in order to make them more selective. Pexa-Vec only has a single deletion.” 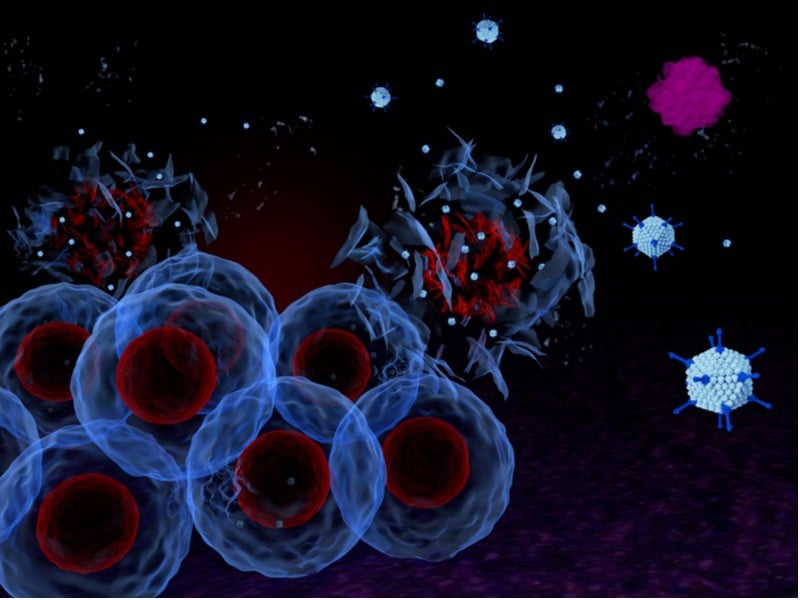 Viruses have been explored for decades as a potential weapon to selectively destroy tumor cells without harming healthy tissue. So far only one has been FDA-approved: Imlygic, which was developed by Amgen to treat melanoma. After reaching the market in 2015, though, this treatment was commercially unsuccessful.

In spite of this example, many big players in the biotech industry are interested in the potential of oncolytic viruses as cancer treatments. For example, in September last year, Boehringer Ingelheim acquired ViraTherapeutics, an Austrian biotech developing viral treatments for cancer. Earlier that year, we also saw Johnson & Johnson acquiring the US oncolytic virus biotech BeneVir, and Merck getting hold of similar technology when it acquired the Australian biotech Viralytics.

According to Archinard, this phase III setback will not change the outlook for oncolytic viruses in general. “The current situation is about one trial, with one virus in combination with a tyrosine kinase inhibitor, in a difficult-to-treat indication,” he told me. “We should not draw any conclusion for the vast field of oncolytics.”