A drug developed by the US firm Unity Biotechnology — designed to slow the aging process — recently proved a dud in phase II for the treatment of osteoarthritis. How is this high-profile setback affecting European biotechs developing anti-aging treatments?

Aging is a complex, multi-faceted process that makes people vulnerable to a wide range of conditions such as cardiovascular disease, cancer, and even Covid-19. Aging is generally broken down into several biological ‘hallmarks’ such as unstable DNA and breakdowns in cell function. Biotechs in the field of anti-aging — also known as geroscience — target these hallmarks with the aim of treating or preventing age-related diseases.

Unity Biotechnology is a high-flyer in geroscience, backed by big investors such as Amazon’s CEO, Jeff Bezos. The company’s lead candidate is part of a class of drugs called senolytics. These are designed to prevent the buildup of senescent (aged) cells in our tissues, which are thought to contribute to the aging process.

Last week, however, Unity hit a bump in phase II. Its lead candidate failed to reduce pain in patients with the age-related condition osteoarthritis. As a consequence the company will drop the drug’s development and fall back to its second candidate.

Putting on a brave face, Unity’s CEO, Anirvan Ghosh, stated publicly that the trial has “generated valuable data that will enable us to learn from this study and inform future studies in diseases of aging.” But this didn’t stop the company’s Nasdaq stock price from plummeting 60% shortly after the news broke.

Unity has revealed little about why its lead candidate drug failed in this trial. For example, it’s unclear whether the drug was able to remove senescent cells from arthritic joints but failed anyway, or whether it failed to clear senescent cells in the first place.

In early-stage fields like geroscience, setbacks like this can have major impacts on other companies in the same field.

“When everybody is confident and everybody’s piling into the area and there’s lots of senescence-based companies and the frontrunner fails, it’s going to raise a question mark,” said Daniel Ives, CEO of the UK geroscience startup Shift Biosciences.

There are many geroscience companies in Europe, including several developing senolytic drugs such as Cleara Biotech in the Netherlands, Velabs Therapeutics in Germany, and Senolytx in Spain. The general consensus from these companies is that failures are bound to happen in emerging fields like geroscience.

“Negative data is always difficult to interpret, especially in the field of senolytics, being a relatively young field where there is still a lot to be learned from experience,” said Tim Cash, CSO of Senolytx. “Setbacks at the inflection points like this are simply to be expected.”

“A lot of people that we talked to were already a bit cautious because Unity boasted quite a lot from the beginning,” he recalled. “People kind of expected [Unity’s] first drug, which wasn’t the best one in vitro, to potentially fail in vivo. At least in humans.” 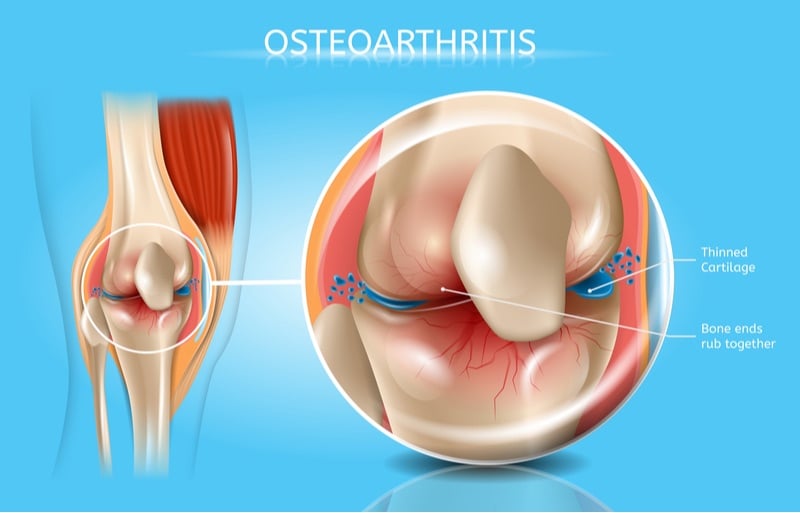 Furthermore, for some in the field, Unity’s attempt to treat osteoarthritis was extremely ambitious and risky. There are currently no drugs approved that can slow the pathology underlying the condition.

“To alter the fundamental course of osteoarthritis is almost like a moonshot,” said Declan Doogan, CMO of the Isle of Man geroscience company Juvenescence. “That’s not to say we shouldn’t do it. And indeed I applaud them for doing that.”

However, a silver lining to Unity’s clinical failure is that it happened in phase II rather than in a more costly phase III trial. Last year, for example, the US geroscience company resTORbio suffered an expensive phase III failure of its own anti-aging drug candidate for the prevention of respiratory illness.

“You don’t want to spend an extra dollar,” said Juvenescence CEO Gregory Bailey. “You want to find out the validity as quickly as you can. What you want to do is fail quickly and inexpensively.”

European senolytics biotechs are confident that their own approach can succeed where Unity’s lead candidate failed. For example, Cleara Biotech’s small molecule candidate has a different cellular target to that of Unity’s lead candidate, and Velabs’ candidates are antibody drugs instead of small molecules. Senolytx is branching out into developing senomorphic drugs — treatments that don’t kill senescent cells, but instead limit their harmful effect on their surrounding tissue.

“[Unity’s failure] definitely will have an impact on the field,” said de Keizer. “That said, a lot of people have already told me ‘you just need to come with hard data of your own, irrespective of Unity.’”

In terms of fundraising for European geroscience biotechs, the impact of Unity’s failure is expected to be modest. One reason for this is that most of the companies in geroscience are small, private companies, and they aren’t vulnerable to knee-jerk market fluctuations caused by Unity’s news.

“There are very few listed companies that are truly geroscience-focused,” explained Sebastian Aguiar Brunemeier, founder of several geroscience companies including Samsara Therapeutics and Cyclone Therapeutics. “The field is too new and hasn’t had a watershed moment yet.”

“You’d be naive to say that it’s not going to be in people’s minds, certainly in phone calls we have. … They definitely know about Unity and resTORbio,” said Bailey. “Having said that, when you show people the science, they realize it’s not a question of ‘if’, it’s a question of ‘when.’”

For some geroscience companies, this could even be an opportunity. For Shift Bioscience CEO Daniel Ives, Unity’s failure is another indication that we need a better understanding of the aging process, and efforts to study it in more detail could attract investor attention.

“I think basically our knowledge deficit is the biggest obstacle right now,” Ives said. “Getting a real understanding of which tissues in the body are causing disproportionate aging … we haven’t done anything like a systematic screen.”

Overall, Unity’s failure is seen as a step in the right direction in terms of building up knowledge in senolytics and the geroscience field. While all companies in the field hope for quick successes to come, most are aware of the enormous challenge involved.

“There will be a success sometime,” noted Christoph Antz, CEO of Velabs Therapeutics. “But with the compulsive evolutionary pressure of aging, and the almost overpowering natural aging programs, it will be very, very difficult for everyone to find a small therapeutically meaningful spot without side effects. But the dream goes on.”