Researchers from the University of Zurich have established a new mouse model of kidney cancer that could further our understanding of this deadly disease.

Clear cell renal cell carcinoma (ccRCC) is the most common form of kidney cancer and in roughly half of the patients with this disease the tumor develops metastasis and can’t be cured. Now, researchers from the University of Zurich have generated a new mouse model that is able to mirror the genetics as well as the molecular and cellular properties of kidney cancer in humans, opening up a whole new level of understanding of this disease.

By analyzing the genomic data from 448 human ccRCCs,  Sabine Harlander and her colleagues in the lab of Professor Ian Frew, which is now located at the University of Freiburg, were able to pinpoint a new set of mutations that promote tumor initiation and growth. The researchers found that imitating three of these mutations in mice was enough to induce ccRCC that recaps the features of human ccRCC, including the genetic diversity of different tumors. 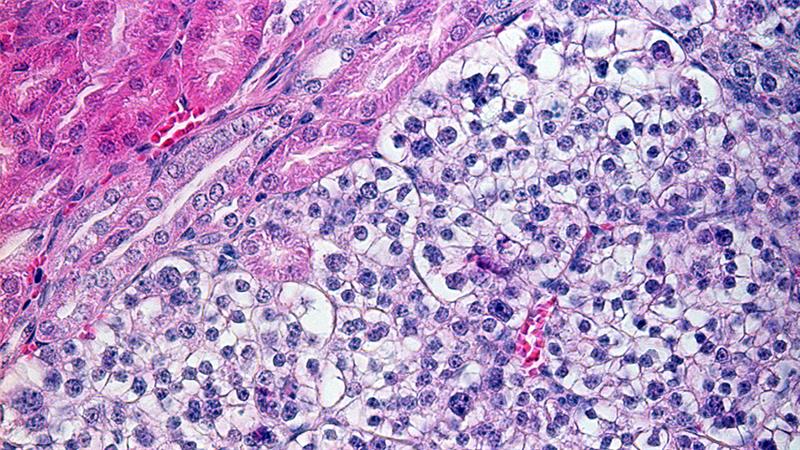 “This research project is a prime example of how mouse models can help us to better understand cancer diseases in human beings,” says Sabine Harlander. Indeed, the new model could enable researchers to better make out the factors that contribute to why certain tumors respond to certain treatments and not to others.

Moreover, the model will also enable further research into possible immunotherapies for ccRCC, as the tumors are developing in a normal immuno-competent environment. This could also advance our understanding of responses to up-and-coming immunotherapies such as checkpoint inhibitors, where the prediction of treatment response still remains a major challenge.