What if we could use less electricity to light today’s civilizations? Glowee is a French start-up willing to take on this challenge by using genetically modified bacteria to produce light. I had the chance to talk with the company’s CEO Sandra Rey and will give you my thoughts.

It all started from a student project in a design college. Back in 2013, the team behind the project won the ArtScience Prize, created by a professor from Harvard. Traction from the market was visible and large companies started to contact them, but they had nothing scientifical yet. So they decided to launch the startup and joined an incubator in Paris.

“But we had no idea on how to produce light with biolumiscence” told me Rey. In September last year, the ArtScience Prize winners started working on the science. They inserted gene producing lighting proteins into bacteria. The micro-organisms were then cultivated in a specific medium in order to avoid the later to be consumed too fast and to keep it as transparent as possible. Today, Glowee is able to produce a bioluminescent solution lighting capable of lasting up to 40 hours. “The lighting intensity is basically close to a nightlight.“ 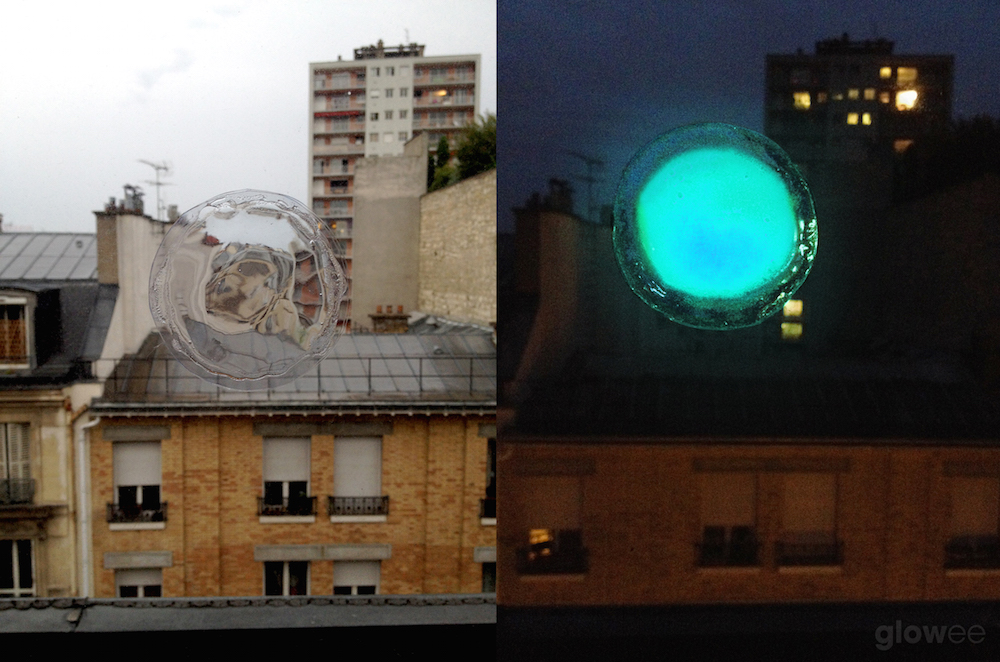 So, which market could be addressed? The first application goes to event organization and communication. “These people are looking for a cool, intriguing and catchy product. That’s what we have!” with the first product planned to be sold in September this year.

But the real goal is to move to shopfront lighting. Since July 2013 in France, lighting a shop or an office at night is now illegal for ecological and economical reasons. Glowee’s solution could be a good one. It will cost the same price, doesn’t consume energy and is not considered as light pollution. Therefore, their solution will be legal and a good way to avoid €750 fines. A net advantage and a fair investment.

I then asked for the long-term vision of the product. “Our goal is to bring bioluminescence where electricity can be replaced“. This means not everywhere, but in places where no electricity is available as in streets for example. 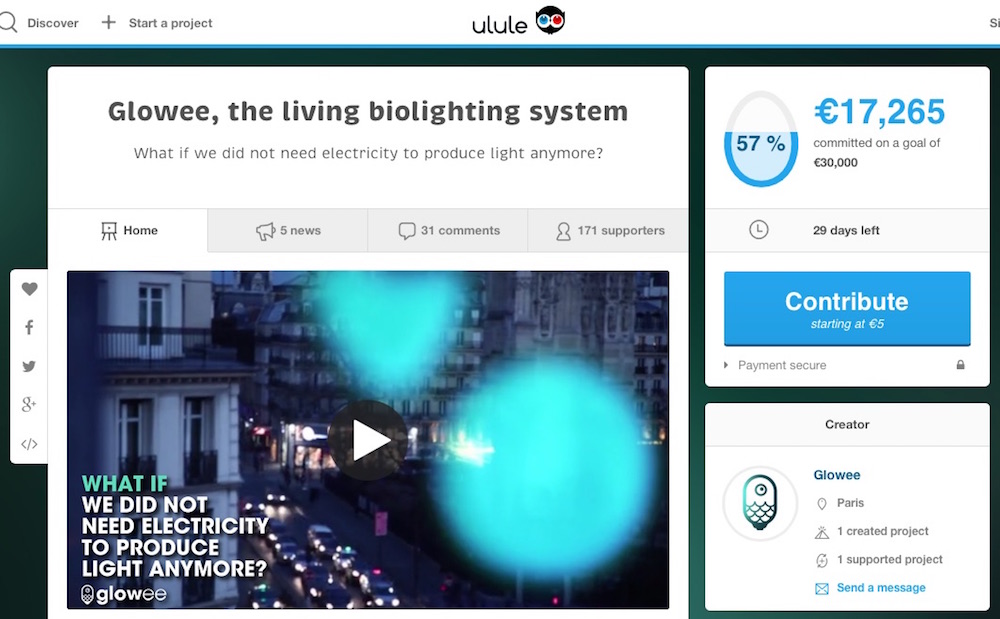 Glowee is currently undergoing doing its first crowdfunding campaign on Ulule ending on June 29th. It is raising €30k to finance the 6 next months of the project and develop the second generation of its product. “It also has a pedagogical goal because our product is disruptive and has to be accepted by the general opinion“.

To summarize, Glowee seems to be a great project. It is very well presented especially on the application side. Science is great, but science with application is even better. And I was even more impressed by the team. They’re young and very dynamic, bringing solid assets to become the next leading startup in the field of bioluminescence.