What is the purpose of the #NoHep campaign? To get rid of the inflammatory Liver viruses which are responsible for killing up to 1.4 million people each year, by 2030.

Sometimes also described as the ‘Silent Epidemic’, Hepatitis is the inflammation of the liver, which can be caused by several types of viral infections.

Research by the Lancet has also suggests that viral Hepatitis infections have a similar death toll to that of AIDS, Tuberculosis or malaria, despite there already being vaccines and even ‘cures’ for some types of the virus.

There are 5 different types (A – E) and many ways to contract them (which contrary to popular myth, is not only through contaminated needles or sexual intercourse). Biotech is fighting Hepatitis on many fronts. However, because of the different types of virus, it’s not been so straightforward… Just recently, Abivax announced it’s likely its HBV vaccine will fail Phase III trials. And although there is already a ‘cure’ for Hep C from Gilead (Solvadi), its price-tag is so high that it means realistically, many healthcare systems cannot afford to implement its use to many patients.

Others we’ve come across in Europe that are working on Hepatitis include the French antiviral biotech Enyo Pharma in France for HBV, the Swiss Cytos (acquired by Kuros Biosurgery in January) which has  a virus-like particle (VLP) platform being researched  for treatment and prevention  of HBV with Arbutus Biopharma. 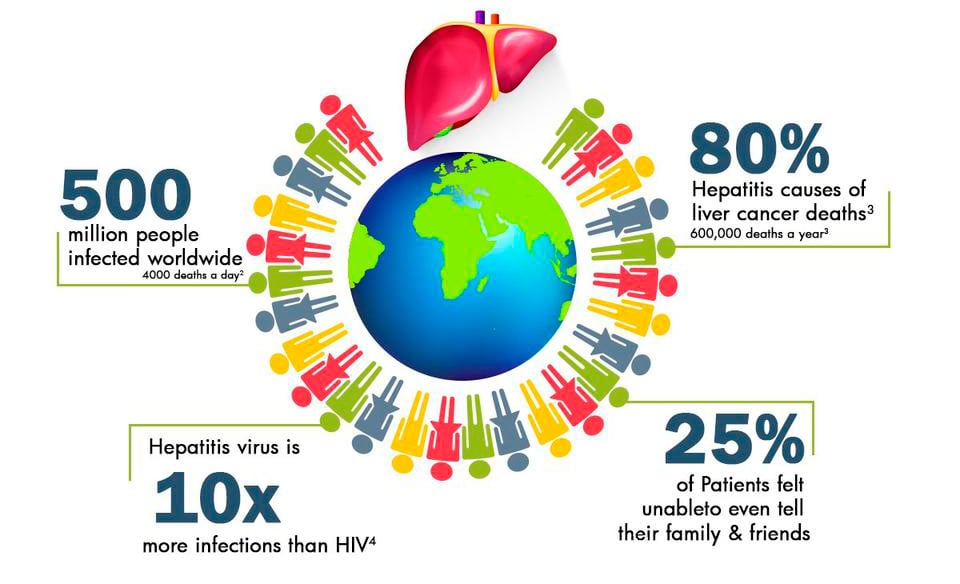 So what is World Hepatitis Day hoping to achieve?

Well, #NoHep is a global movement aimed at uniting the hepatitis community and beyond to take action, to speak out and be engaged to ensure global commitments are met and viral hepatitis is eliminated by 2030.

Many different approaches are being encouraged, from increasing availability of prophylactics and vaccine development, to better education and implementation of preventative measures (contraception, improved healthcare hygiene and better diagnostics etc.).

The key thing here is make to keep the conversation on Hepatitis going, to improve awareness and help policy makers make improvements on how healthcare can address infection rates.

Then, through healthcare systems, educators, pharmaceuticals and biotechs, the 2030 goal can  be met. See the #NoHep plan infographic below for more. 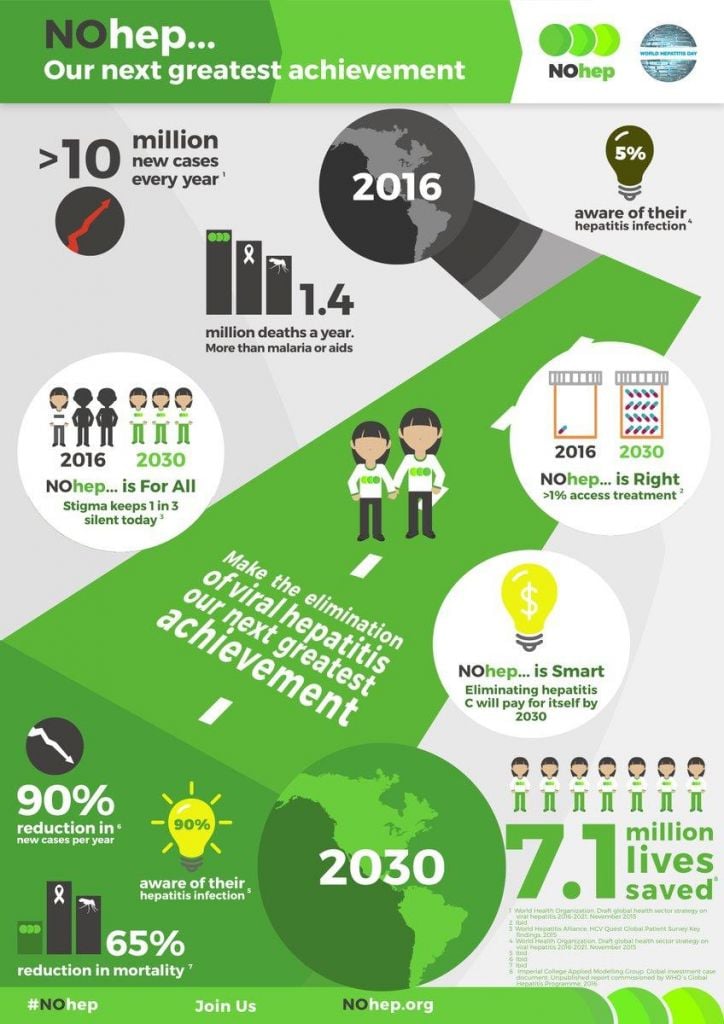