The so-called ‘golden triangle’ of universities in Oxford, Cambridge and London concentrates a large percentage of the UK’s biotech research and industry, ranging from big pharma, like AstraZeneca and GSK, to top biotechs, like Immunocore and Horizon. Now here are the 13 leaders you should try to meet if you’re heading there (and if your entry isn’t refused because of Brexit…).

Thanks to the biotech leaders of the area who helped me making this list, which is in no particular order. 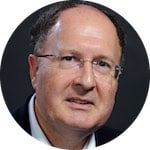 Greg Winter pioneered the field of monoclonal antibodies, the best-selling drugs today, by inventing techniques to humanize these proteins. He founded the Cambridge Antibody Technology (CAT), the biggest biotech success story ever in the UK since it discovered and developed the best-selling drug Humira. Winter later founded Bicycle Therapeutics, Domantis and became deputy director of the MRC and the Laboratory of Molecular Biology at the University of Cambridge. He was made a Knight for his services to science and is currently Master of Trinity College, although he announced recently that he will be stepping down in July 2019.

Kate Bingham is the managing partner of one of the leading Biotech venture capital companies and one of the most influential biotech women in Europe. She joined SV in 1991 and now serves as managing partner. Bingham has recently been noticed for her engagement in favor of a more diverse/equal biotech industry: her letter written with Bernstein from BioCentury drove a lot of reactions and changes. She was a key player in setting up the Dementia Discovery Fund, which recently announced it had far exceeded its initial goals and raised $350M (€300M) to support early-stage ventures working on therapeutics for all types of dementia. 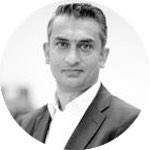 Gordon Sanghera is co-founder of Oxford Nanopore, one of the only three Biotech unicorns in Europe, alongside CureVac and Immunocore. He was appointed CEO in June 2005 and brings over 20 years’ experience in the design, development and global launch of disruptive platform sensor technologies. Oxford Nanopore is one of the only companies in the world right now that could threaten the NGS monopoly of Illumina. He announced earlier this year that the company is considering a dual listing in Hong Kong and London in the next 18 months. Sanghera says the company is considering the Hong Kong listing, as it is looking to expand into China as it is expecting it to soon become its largest market. 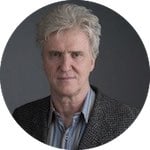 Mike Ward is probably the most famous biotech journalist in Europe. He heads the magazine SCRIP, originally focusing on Pharma and now increasingly on Biotech. He made himself well known in Europe by saying is thoughts out loud, even when being harsh was needed. But that’s also what makes him a great journalist! I remember one of his talk at Genesis presenting the winners and losers of 2015 Biotech year. Very entertaining! 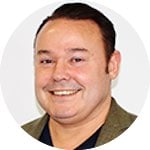 Darrin Disley founded one of the top 5 fastest-growing Biotech companies in the UK/Europe and was CEO for 11 years before stepping down earlier this year to focus on his other business interests. He was awarded the title of UK entrepreneur of the year in 2015 and 2016. I met him while doing our UK documentary and I was impressed by his success of course, but also his commitment to the ecosystem. He invests and advises several biotech startups, including the top young entrepreneurs from Desktop genetics. His value to the British and Cambridge biotech ecosystem is clearly significant. 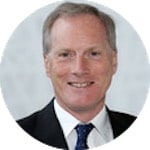 James Noble is the full-time CEO of Adaptimmune since March 2014. The Oxford-based cell therapy company is one of the leaders in using TCR receptors instead of CARs. Noble is also closely linked to Immunocore, as he was part-time CEO there and as the company shares some basic scientific assets, alongside Medigene in Germany. Adaptimmune initially had some issues with its T-cell therapy in 2016, but seems to have recovered well since then, attracting investment from GSK last September and announcing positive early results for its SPEAR T-cells in January this year. 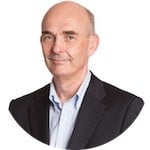 Tim Haines is a managing partner of Abingworth, another leading Biotech VC in Europe. He joined the firm in 2005 and before led Astex Therapeutics to become one of the leading UK Biotech companies. Haines can be proud of the latest achievements of his portfolio companies including the very recent IPO of CRISPR Thx, which even if undersubscribed, could generate solid returns for his fund. 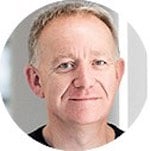 Jonathan Milner co-founded Abcam in 1998 after being frustrated by how difficult it was accessing research antibodies. Abcam is now the leading provider of antibodies worldwide and employs nearly 1000 employees. Milner stepped down from being CEO and was replaced by Alan Hirzel, but he created a very successful company. Milner also gives back massively to the ecosystem, one example being his investment and mentorship in Horizon Discovery. In general, he is passionate about supporting UK life science and biotech start-ups. 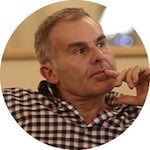 Kevin Johnson represents yet another Biotech VC from London (sorry but London is quite concentrated in that department). He is the managing partner of Medicxi Ventures, previously Index Ventures Life Sciences. What makes him special is his way of commenting on the industry news, especially on Twitter. Johnson has no filter and says what he thinks in a very critical way, something definitely lacking in the European biotech ecosystem. 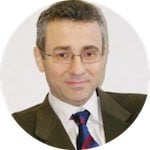 Malcolm Weir founded another very successful Biotech based bit outside of London and active in the space of GPCRs. The company was acquired by Japanese Sosei for €350M ($400M) in February 2015, making one of the largest deals in the country. I interviewed Weir once at BioTrinity and was impressed by his knowledge in the GPCR field, a field known for being very challenging as these proteins are extremely difficult to target. 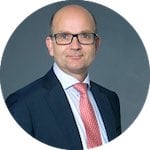 Anker Lundemose is heading Mission Therapeutics, a Biotech that raised one of the biggest private rounds of 2015 (€60M). Lundemose is a veteran of the industry with over 20 years of success in both building and acquiring biotech companies. I interviewed him once in Zurich during the SACHS conference and was impressed/surprised by his effectiveness! 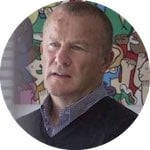 Neil Woodford is a rockstar in portfolio management and biotech investment. He raised his own fund two years ago and attracted €1.1 billion of capital. It’s simply the biggest fund ever raised in the UK and not just for the healthcare/biotech sector. Investments range from private equity like GSK to pure Biotech such as Immunocore, 4D Pharma and, more recently, the CAR-T cell firm Autolus. This cash is mostly invested in the UK and will help a generation of ventures to aim higher (or burn more cash!). Recent months have been tricky for Woodford, but its a risky business and its hard to tell what the future will hold! 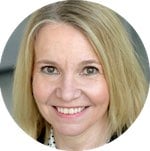 Eva-Lotta Allan is an experienced veteran who was CBO of Ablynx for nearly 10 years and definitely contributed to its success. I met Eva-Lotta once at Genesis and was impressed by her presentation of the new venture she is working on. During the five years she was CBO at Immunocore, she raised $320M (€275M) in Series A funding. Since leaving Immunocore in May this year, she has  become a Non-Executive Director for Cambridge-based Crescendo Biologics, a biotech focusing on immuno-oncology and has continued the same role at Norwegian biotech Targovax, which has a promising pancreatic cancer vaccine in development.

Of course, there are many more than 13 impressive leaders in the area. I tried to limit myself to proper biotech, but could have added the CEO of GSK or AstraZeneca, the director of the MRC or the Wellcome Trust, and other officials. What is sure is that the Golden Triangle has the highest density of impressive biotech leaders in Europe.

Who are you most impressed by? Anyone else you would have added?

This article was originally published on Oct 25, 2016 and has since been updated (July 2, 2018) to reflect recent news and changes in position of those on the list.