How long do you have to invest in academia before you can found a biotech company? Not as long as you might think, even for those going up the academic ladder. After profiling some of the biotech researchers that are most active in entrepreneurship and 10 impressive founders under 30, we have asked around for a combination of both: young (under 35) academic researchers who are making names for themselves in the biotech industry.

As usual, the list is in no particular order. As unusual, it was a struggle to find its members! Our thanks to those who helped us put this list together. 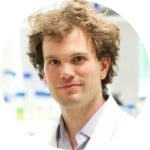 David Bikard is the lab head of the Synthetic Biology Group at the renowned Institut Pasteur. The focus of his work is applying engineering principles to better understand and fight pathogenic bacteria. Sounds familiar? It’s the also the concept behind Eligo Bioscience, of which David is a co-founder and chief scientific officer (CSO). He has held these positions since 2014. Before that, he was a PhD student at Paris Diderot University where he work on bacterial genetic recombination systems, and subsequently a postdoc at Rockfeller University, where he worked on CRISPR. 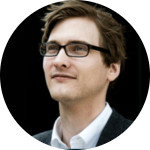 After an early academic path in hard sciences, which included a Masters in physics and a PhD at Harvard in biophysics, Morten Sommer turned to biotechnology to study how bacteria could harm us and solve some of the most pressing problems through biobased chemicals and synthetic biology. He became a Professor of Systems Biology at the Technical University of Denmark (DTU) in 2010. Parallel to this, he also co-founded 3 companies, some of which are on the other side of the Atlantic: Microlytic, now part of Anatrace; AntibioTx, of which he remains CSO; and Biosyntia, one of the startups that pitched at the last Labiotech Refresh. Morten has hosted a TEDx Talk about the potential of bacteria. 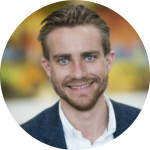 Andreas Laustsen is a postdoc at the Technical University of Denmark, a previous alma mater where he first studied chemistry. He then took to biotech terrain with a PhD at the University of Copenhagen in molecular and cellular pharmacology. Meanwhile, he has been quite active as a serial entrepreneur, starting out as a co-founder and business developer at Biosyntia, then co-founding VenomAb, an anti-venom biotech bordering on social enterprise, and more recently Antag Therapeutics, for drug development for endocrinology. He also carried the engineering trend to biotech, having earned the title of Denmark’s coolest engineer. 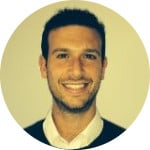 David Greenberg worked as an audiologist after graduating from University College London, where he would return to do a PhD in auditory neuroscience; now, he is developing technology for binaural cochlear implants as a research associate. He has been the Chairman of the Young Professionals arm of a charity in the field of emergency medicine, is one of the trustees of Sound Seekers, a charity out of UCL Ear Institute to help with hearing loss in Africa. He has also gotten a taste for entrepreneurship through its company RecommendMe, a digital platform for the elderly that promotes active and healthy ageing, which has won funding from UCL Bright Ideas Award. 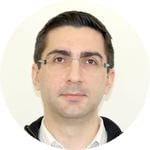 After graduating from Chemical Engineering in Thessalokini, Greece, Alexandros Kiparissides hopped on the biotech train with PhD at Imperial College London in bioprocess engineering. He has developed computational approaches to better understand and engineer bioprocesses, first at Imperial, then at the École Polytechnique Fédérale de Lausanne (EPFL) and, finally, as a lecturer in biochemical engineering at University College London. In between, he has collaborated in a project with BP, to increase bioethanol production with an industrial yeast strain through metabolic engineering. 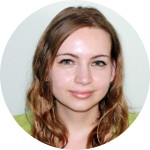 After finishing her PhD at Carleton University, Canada, Anastasia Krivoruchko went on to do a postdoc at Chalmers University of Technology, Sweden, where she was a project leader in the Systems and Synthetic Biology Group, focusing on metabolic engineering of yeast. Her work yielded not only multiple scientific publications, but also patents and industry collaborations. These last two helped her in co-founding Biopetrolia, a young company developing yeast cell factories. Anastasia is currently the CEO.

We hope you found these examples of young researchers/entrepreneurs inspiring. Compared to our list of more senior researchers, we notice that there’s a bigger trend towards synthetic biology here – perhaps a reflection of the relative youth of the field.

Who would you add?