Cardiovascular diseases may not regularly grab the headlines, but they’re the leading cause of mortality globally, making up over 30% of all deaths worldwide. While there are many established treatments on the market, there’s still a need for more effective treatments – can biotech companies provide the answer?

We all know that frequent exercise, a good diet, and avoiding smoking are the most powerful tools available for keeping the heart healthy. There are many drugs on the market targeting the various types of cardiovascular disease, cholesterol-lowering statins and blood pressure-lowering antihypertensives to name a couple. However, without new therapeutic and technological approaches, cardiovascular diseases will likely continue to be humanity’s biggest killer for the foreseeable future.

What can biotechs contribute to this field? The human heart is anything but simple, and the field has had a number of high-profile clinical failures in the last few years alone. The Belgian firm Celyad’s once promising cell therapy for heart failure was ultimately abandoned after disappointing phase III results in 2016. Similarly, the French company Abionyx Pharma (formerly Cerenis Therapeutics) has encountered repeated clinical trial failures for its lead cardiovascular disease drug. Last year, the company decided to refocus the drug’s development more on renal diseases than cardiovascular conditions. 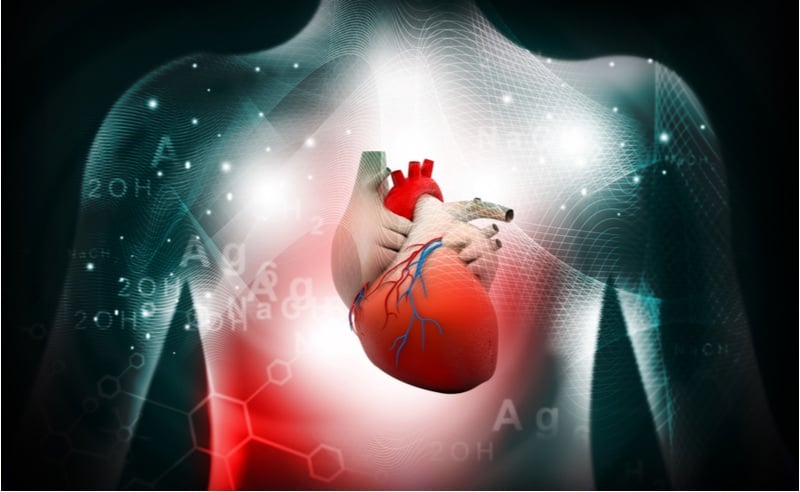 There are reasons to be optimistic for the future though. Incredible progress is being made not only in preventing the onset of cardiovascular diseases, but also in managing them when things go wrong.

In the search for ever-more effective therapies that can reduce cholesterol levels and lower cardiovascular disease risk, a number of new genes and proteins have been uncovered that can be targeted to offer enhanced protection for the heart.

In particular, a gene called PCSK9 has drawn enormous industry attention. PCSK9 inhibits the removal of cholesterol from the blood, raising the risk of cardiovascular problems. Individuals lucky enough to have mutations that disrupt the PCSK9 gene have far lower cholesterol levels, resulting in an 80% lower risk of a heart attack.

Drugs that inhibit the PCSK9 protein have already begun to arrive in the EU over the last few years – notably Sanofi’s Praulent and Amgen’s Repatha. December 2020 saw the EU approval of Novartis’ Leqvio, an RNA interference therapy that silences the expression of the PCSK9 gene. Novartis’ therapy had been obtained in an acquisition of the US firm The Medicines Company in late 2019.

In the US, Verve Therapeutics is going a step further – a one-shot gene editing therapy to directly disrupt the PCSK9 gene (and other high-risk genes), permanently lowering patients’ cholesterol levels and reducing their risk of cardiovascular disease.

“What Verve is trying to do is to develop a medicine that mimics the natural situation that’s seen in some people with protective gene variants,” Sekar Kathiresan, co-founder and CEO of Verve Therapeutics, told me.

But why would a patient want to edit their genome when there are cholesterol-lowering drugs and PCSK9 inhibitors already available?

“After someone has had a heart attack, they’re often sent home with therapies to take for the rest of their lives. But what happens is that roughly one-third to half of patients are no longer taking those pills daily one year after a heart attack, even when given the pills for free.

We think that a one-time therapy that permanently lowers cholesterol will be transformational in turning the tide on coronary artery diseases,” Kathiresan explained.

Verve aims to initially offer the gene-editing therapy to individuals with established coronary artery disease and those who are most in need of new therapeutic approaches. In time though, the treatment could move well beyond this subset of patients and be used far more widely.

“The initial population of high-risk patients with unmet needs – those who’ve already had a heart attack or have sky-high cholesterol because of genetic conditions – are the center of the bullseye,” said Kathiresan.

“The outer ring of the bullseye is the rest of the world. Assuming success and safety in the initial group, we plan to ultimately offer the therapy to any adult at risk of coronary artery disease in the general population.”

Verve has received significant financial backing, including from Alphabet, the parent company of Google. Just a few months ago in January, the firm raised a €78M Series B round. Having already proven the efficacy of its treatment in mouse models, Verve hopes to begin treating its first human patients by 2022.

“We’re aiming to get to patients in the next three years. It’s an ambitious goal, but we’re very excited about the road ahead,” said Kathiresan.

Could mechanized organs be the answer?

While protective therapies and lifestyle changes can be incredibly effective at preventing heart failure, for some patients they are simply not enough. Once a heart starts to fail, there are very few effective treatments and a heart transplant is often the only viable option.

This brings its own set of challenges: the demand for donor hearts far outstrips supply, resulting in patients spending months or even years on waiting lists before a suitable organ becomes available.

The French medtech company Carmat is close to commercializing a promising solution to this deadly supply bottleneck – a fully artificial heart for patients facing a long wait for a donor, as well as for those who aren’t suitable for donor transplants due to other health issues.

“Ultimately, Carmat aims for our device to become the No. 1 alternative to heart transplantation,” Stéphane Piat, the CEO of Carmat told me.

Work on developing artificial hearts stretches back decades, but the challenge of creating a device that can match the reliability of a human heart, withstand the pressures of the circulatory system, and avoid rejection by the body has proven extremely difficult. Currently, there’s only one fully artificial heart on the market, a temporary device developed by US-based Syncardia. However, this could soon change, as Carmat’s artificial heart gained EU market approval in late December 2020, with a commercial launch planned in Europe for later this year.

Carmat’s artificial heart has several key innovations that Carmat says makes its device a game-changer for the industry. Unlike Syncardia’s heart, which is made of plastic, Carmat uses biomaterials made from treated animal tissues, which are less toxic to the body and reduce the risk of blood clots forming – a problem frequently encountered by medical devices. It’s also embedded with sensors, allowing it to intelligently regulate its blood flow rate in response to the patient’s metabolic needs.

Since the first successful human implantation with Carmat’s device back in 2013, the company’s ongoing international trial has shown promising interim results, with 70% of heart failure patients who received the device surviving for at least six months or until receiving a heart transplant. At least one patient has survived for more than two years with the implant.

“The first set of data showed clearly that our device is potentially a game-changer for biventricular disease treatment, but long-term data will be needed in order to establish it as a real destination therapy. The experience as a ‘bridge to transplant’ has been very successful though and is a good premise for the future,” said Piat.

The idea of printing cells, tissues, and organs using layers of bio-ink made from living cells may seem futuristic, but as often happens in the world of biotech, the future can arrive much faster than expected.

While it’s true that the field of 3D bioprinting is still in its infancy, the technology is improving rapidly and has gained significant traction over the last few years, leading to the inevitable question: could we soon be printing full human hearts for use in transplants? 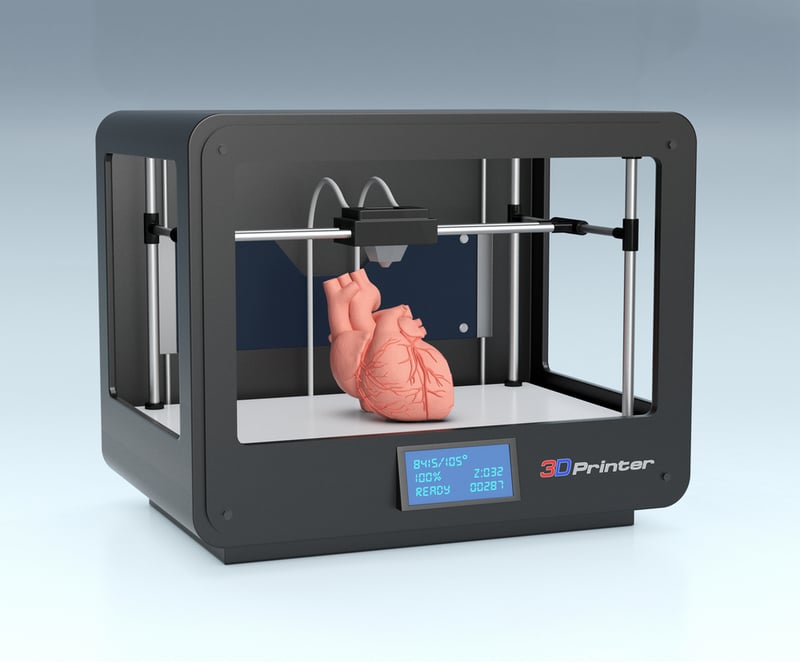 There’s been a lot of excitement around this prospect. This was especially the case in 2019, when researchers at Tel Aviv University, Israel, announced the first successful 3D printing of a human heart (albeit, a miniaturized one around the size of a rabbit’s heart) using reprogrammed cells from a donor.

I spoke to Cellink, a leader in the development of bioprinting technology, to help separate fact from fiction.

“Sometimes the hype generated from studies like that can lead to unrealistic expectations about the pace of the research, but this was no doubt promising progress,” said Erik Gatenholm, CEO of Cellink.

“It shows the potential applications of bioprinting, but the heart was not functional or usable. The field is still several decades away from full human hearts. While printing a miniaturized version helps visualize what can be done in the future, there are many challenges that still exist in printing a full-sized human heart.”

We shouldn’t expect to be printing custom replacement hearts anytime soon, but there are many areas where bioprinting could have a significant impact on patients with cardiovascular issues in the near-term. Cellink’s bioprinting technology is being used in several projects to develop 3D heart tissue models for drug screening and research into cardiovascular diseases, as well as for regenerative medicine.

“In the future, heart valves and cardiac tissues could also be printed,” explained Gatenholm. “Many researchers including some of our collaborators such as MIT and Biolife4D are using bioprinting for this exact reason.”

Cardiovascular disease will almost certainly continue to be one of the most prevalent medical conditions across the globe well into the 21st century. However, with the emergence of radical new approaches in prevention, transplantation, and regeneration, heart diseases may gradually become easier to avoid, live with, and survive.