In the last decade, crowdfunding has become a popular way to finance all sorts of projects and products. Biotech is no exception, but many question whether the high risk and long term nature of investing in the biotech industry makes it a good fit for equity crowdfunding.

When you hear the term crowdfunding, you might think of platforms like Kickstarter, where people can pay for a product in advance in order to fund the costs of creating it. Biotech companies often follow a different crowdfunding strategy, where investors get a stake in the company rather than a product.

Known as equity crowdfunding, this model is becoming an increasingly common option for biotech startups to raise the money they need to get started. However, equity crowdfunding has been met with some skepticism in the past in the biotech industry, where investment in private companies has traditionally been dominated by venture capital (VC) investors that are highly specialized in the field.

A useful tool for biotech startups

A biotech company will typically raise between €100,000 and €1M through equity crowdfunding. Although biotech companies need tens of millions before they can get their products to the market, these amounts can make a big difference at the beginning of their journey.

That was the case of Ecrins Therapeutics, a French company developing cancer drugs that did its first equity crowdfunding back in 2015, raising €660,000. “The project was at too early a stage to go and see the institutional investors, who generally become interested once the pharmacological projects approach the clinical stage and the investment ticket amounts to several million euros,” said Andrei Popov, CEO of Ecrins Therapeutics.

“Crowdfunding, on the contrary, is well suited to companies seeking several hundreds of thousands and is fully compatible with other small-ticket investors, such as business angels.” 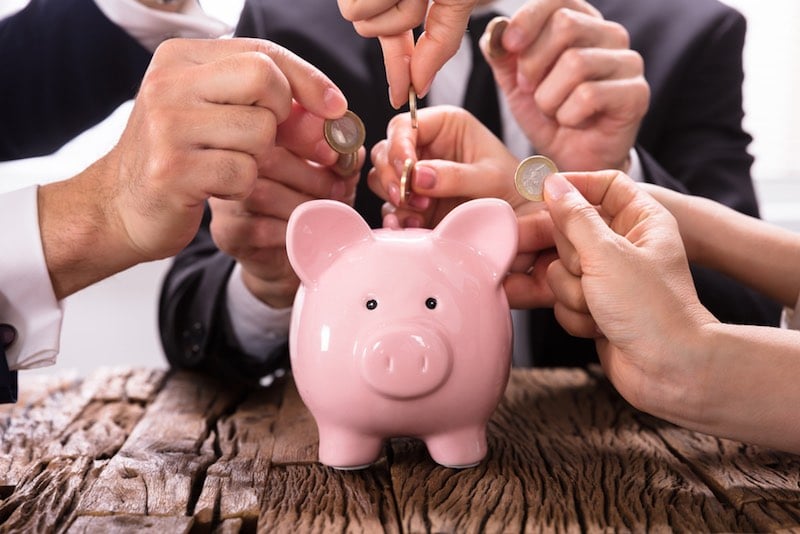 The fundraising helped Ecrins get through the animal studies necessary to start its first human trial. The company then went on to do a second round of crowdfunding that helped it get the regulatory approval to start clinical trials. “After we wrapped up the first fundraising, we kept receiving messages from potential crowdfunding investors who had missed the opportunity,” explained Popov.

Ecrins was financed through the French equity crowdfunding platform WiSeed. Active in many other areas of investment, the platform started supporting startups in the health sector, including biotech and medtech, in 2015.

“The difference from institutional funds is that we can bring them access to funds at a moment in the life of the company when they won’t find any other funds,” Louise Chopinet, BD Manager at WiSeed, told me. “We are able to take more risk than the classical VCs.”

The advantages of equity crowdfunding

Compared to raising funds from VCs, a key advantage of crowdfunding is the speed. “Equity crowdfunding is probably the fastest way to raise money,” said Daniel Oliver. He’s the CEO of Capital Cell, a crowdfunding platform specialized in life sciences that works with companies in Spain and the UK.

“In the UK or the US, VCs can be pretty quick, but if you are in Spain or in Italy it is not unusual that a VC takes anything between six to 12 months, sometimes even more, to invest. Equity crowdfunding offers you the possibility of getting the funding anywhere between one and four months.”

“Another advantage is independence. VCs are designed to do larger investments and usually ask the company for very heavy conditions, meaning they can take up to 50 or 70% of the equity of the company and will normally take a seat on the board.”

These conditions can make it difficult to attract new investors in later rounds and interfere with the management at a stage where the company might need more flexibility. In contrast, equity crowdfunding platforms across different European countries usually take a stake as low as 5% and up to 25%.

This doesn’t necessarily mean that equity crowdfunding is always the right choice for a company. VCs, as well as grants and loans, can be suitable options for biotechs. “It is not a better option, but a complementary way of financing the company,” Laurent Nguyen, CEO of Bionure, told me.

Bionure, a Spanish biotech company developing a drug for multiple sclerosis, raised €1.3M in equity crowdfunding through Capital Cell in 2019. According to Laurent, the round complemented money raised through venture capital and grants and allowed the company to start a phase II trial.

Just having the option can already make a difference. “In certain markets, and Spain was one of them until recently, the lack of alternatives was cornering companies,” said Oliver. “Platforms like Capital Cell have broken the status quo, allowing companies to choose who they work with and get better conditions.”

Crowd investors can start investing in biotech startups with as little as €100, with the average being in the range of several thousands. This means that a company can have hundreds of investors in a single crowdfunding round.

These investors might not always be life science experts. “There are some specialists, and then there are those that might not know a thing about biotech but invest because of an emotional trigger,” said Chopinet. “We propose projects that may save lives.”

Healthcare professionals, be it doctors, scientists, pharma managers, consultants, or patent attorneys, are increasingly attracted to crowdfunding platforms that support biotech companies. For them, investing in an area where they know there’s a need can be a way of making the most of their money. If the company is successful, investors will not only get a return on their money, but will also have contributed to a return for society.

Still, investors have to be ready to stay with the company in the long run. “We expect to stay between five and 10 years with the biotech companies we invest in,” said Chopinet. “We intervene in the preclinical phase, so we do not expect to exit very soon. It’s actually a very risky and long-term investment.” 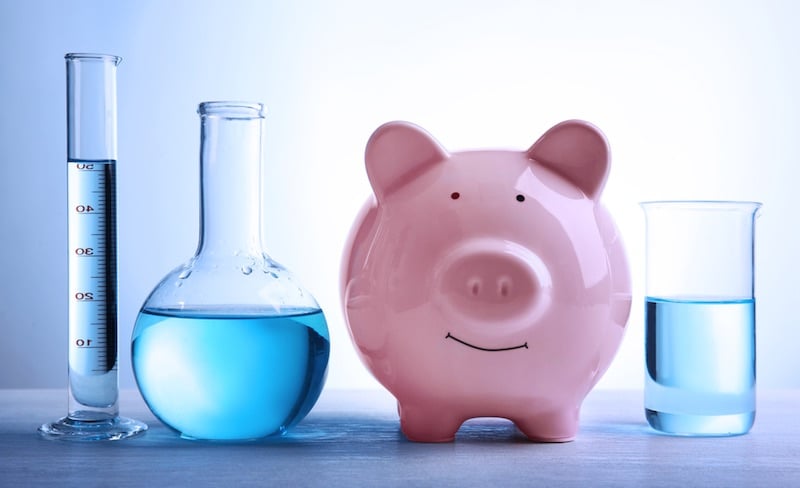 “It’s not something for making the quick dollar, but to really participate in the development of the company. In this early stage you have the highest growth potential of revenues, but also in the growth of the value of the company,” said Frank Schwarz, Head of Investor Relations at aescuvest. This German platform focuses on loan crowdfunding and is now building a pan-European equity crowdfunding platform in partnership with EIT Health.

There have been some notable exceptions. The French company Antabio, which develops antibacterials, was the first biotech company in the world to make a return in crowdfunding back in 2012. The 208 investors exited 18 months after the crowdfunding with a 1.74-fold increase on the original €300,000 raised when a private investor bought their shares.

After all, the companies that get to crowdfund are often carefully selected. Platforms like WiSeed, Capital Cell, or aescuvest do a thorough due diligence process where experts evaluate the potential of the company and help them make sure they have the right valuation and strong intellectual property.

A common concern in crowdfunding is whether it can discourage VCs and other private investors from investing in the company in later rounds. After all, who would want to deal with the administrative hell of having hundreds of shareholders?

To avoid that problem, equity crowdfunding platforms often organize the investors into a holding that invests in the company as a single shareholder. “We are just another regular investor,” said Chopinet.

Biotech companies have shown no significant problem raising funds after crowdfunding. A great example is the Parisian company Acticor Biotech. The company, which raised €1.4M in equity crowdfunding in 2015, was celebrating a €15M Series B three years later.

Crowdfunding is actually starting to become a way of giving visibility to and validating the potential of a company. “I have calls from other investors that ask me if I will invest in a certain company and some wait for our view on the project before investing,” said Chopinet.

“More and more, VCs are regarding crowdfunding as a proof that the entrepreneur is able to communicate and sell this project properly. Almost every single one of our rounds has had co-investments,” said Oliver. “In my experience, it’s like having hundreds of ambassadors for your brand.”

The future of biotech crowdfunding

Despite the massive impact that crowdfunding has had on the economy, biotech the uptake seems to have been slower in the biotech sector. “It didn’t rocket through the roof since the first day, besides maybe in the UK,” said Schwarz.

“There has been a lot of skepticism around crowdfunding in the past and I think it actually has been quite good that the market developed rather slowly than really explosively. It means that we did not attract a lot of people that were just fooling around, as it happened with the cryptocurrency market.”

A challenge in Europe is the ability to raise funds across countries. Although EU law allows it, crowdfunding platforms need to comply with the individual laws of each country. For most of them, it’s not worth the time and money. In addition, investors are generally not encouraged to invest outside their country — for example, UK investors that invest within the UK get big tax benefits that they don’t get investing elsewhere in Europe.

There are some efforts in place to start turning crowdfunding into an international business. In partnership with the healthcare accelerator EIT Health, aescuvest has launched a pan-European crowdfunding platform dedicated to the life sciences that has helped invest over €15M so far.

In the last decade equity crowdfunding in biotech has grown its reputation considerably. What was once an unusual fundraising method has now become one more of the many options for biotechs to finance their expensive development process. A great example is Capital Cell, which has helped biotech companies raise a record total of €14M in 2020, compared to the €1.7M raised back in 2017.

“There used to be the idea that crowdfunding was the last resource for companies that were not very good,” said Oliver. “I would say those people no longer think that.”

Cover illustration by Elena Resko, images via Shutterstock. This article was originally published on 30/01/2019 and has since been updated to reflect recent events in biotech crowdfunding.