HIV research has come a long way since the disease was discovered in the 1980s. Antiretroviral therapy was a major milestone that has changed the lives of millions, but the goal now is to find an HIV cure before 2020.

Ten years ago, an HIV patient was cured of the disease for the first time anywhere in the world. The ‘Berlin patient,’ Timothy Ray Brown, received a bone marrow transplant from a donor who was naturally resistant to HIV. He has remained off antiretroviral therapy since the day of his transplant.

When the case was announced, the medical world went nuts. Had we finally achieved an HIV cure?

Unfortunately, the answer remains, ‘not yet.’ Attempts to replicate the Berlin patient case have not been successful and bone marrow transplants still carry high risks for HIV-positive patients. There have been improvements in antiretroviral drugs to reduce the frequency of the treatment, and HIV vaccines are underway, but an HIV cure has remained elusive.

The year 2020 will bring us close to the 50-year mark after HIV was first described. Several organizations are pushing the development of a first functional cure — one that leaves people living with HIV healthy and medication-free without necessarily wiping the virus completely — to 2020.

One of the most advanced functional HIV cures in development seeks to inhibit the virus’ ability to replicate its genetic material and produce more copies of itself. A similar approach is commonly used to treat herpes infections, and although it doesn’t get fully rid of the virus, it can stop its spread.

The French company Abivax has shown in clinical trials that this approach has the potential to become a functional cure for HIV. The key to its potential is that it can target the reservoir of HIV viruses that ‘hide’ inactive within our cells.

“Current therapies suppress the virus in circulation by inhibiting the formation of new viruses, but they don’t touch the reservoir. Once you stop, the virus comes back in 10-14 days,” Hartmut Ehrlich, CEO of Abivax, told me. “Ours is the first drug candidate ever shown to reduce the HIV reservoir.”

The drug developed by Abivax binds to a specific sequence of the viral RNA, inhibiting its replication. In a phase IIa trial, several patients were given the drug in addition to antiretroviral therapy. Eight out of 15 patients showed a 25% to 50% reduction of their HIV reservoir after 28 days compared to those taking only antiretroviral therapy. 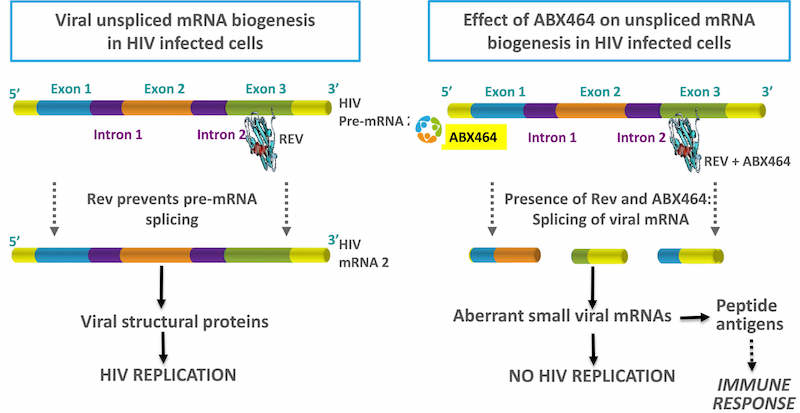 Ehrlich highlighted that a key factor to the potential of this drug is that it doesn’t only target the reservoir of HIV hiding in blood cells, but also the latent viruses hiding in the intestine, the largest reservoir of HIV.

The company is now planning a phase IIb clinical trial to confirm the effects of the drug in the long term. “We will follow about 200 patients for 6 to 9 months to find the maximum level of reservoir reduction and how long it takes to achieve it,” says Ehrlich. “That will take us into the first half of 2020, when we could start preparing for phase III.”

Another approach that is becoming popular in the fight against HIV also goes after the hidden HIV reservoir. The ‘shock and kill’ or ‘kick and kill’ approach uses latency-reversing agents that activate or ‘kick’ the dormant HIV reservoir, making it possible for standard antiretroviral therapy to ‘kill’ these viruses.

In 2016, a group of UK universities reported promising results from one patient treated with this approach. The news went viral, but the researchers warned everyone that these were only preliminary results. The full results of the 50 patients enrolled in the trial are expected later this year. Similar early results were recently reported by the Israeli company Zion Medical.

Gilead, one of the leaders in HIV medication, has also started clinical trials with a similar approach in partnership with the Spanish biotech AELIX Therapeutics. In Norway, Bionor is testing a similar strategy using a double vaccine. One stimulates the production of antibodies that block the replication of HIV, while the other attacks the reservoir. 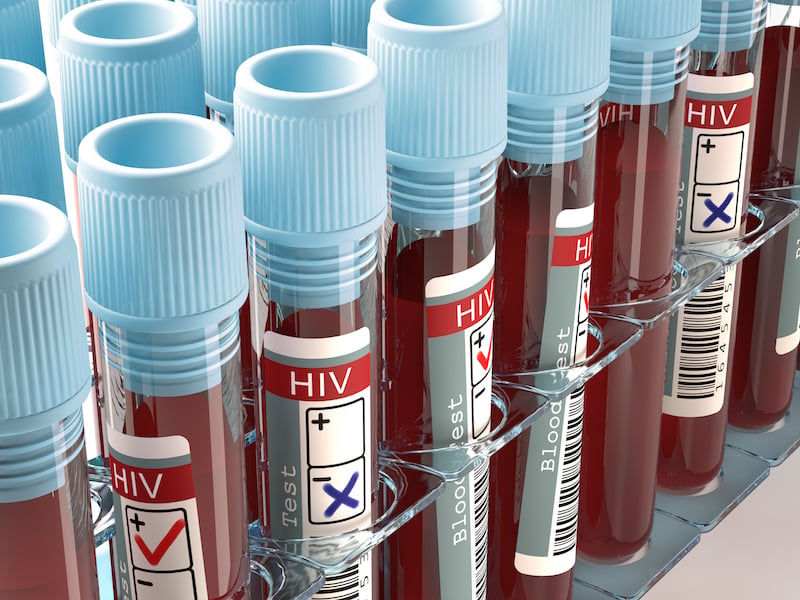 So far, however, this approach has not proven its potential in human studies. Last year, one of the most advanced trials testing this shock and kill approach — a phase Ib/IIa run by Berlin-based Mologen — reported that although the drug could help manage HIV infections, it was not successful at reducing the HIV reservoir. And a recent study has shown that currently available latency-reversing agents only activate less than 5% of the HIV reservoir.

What makes HIV so dangerous is that it attacks the immune system, leaving people unprotected against infections. But what if we could supercharge immune cells to fight back? That’s the reasoning behind immunotherapies.

Researchers in Oxford and Barcelona reported last year that five out of 15 patients in a clinical trial were clear of HIV for 7 months without antiretroviral therapy, thanks to an immunotherapy that primes the immune system against the virus. Their approach to a functional HIV cure combines a drug to activate the hidden HIV reservoir with a vaccine that can induce an immune response thousands of times stronger than usual.

While they showed that immunotherapy can be effective against HIV, the results still need to be confirmed, as well as what makes some patients respond while others don’t.

Bill Gates has been strongly supporting the development of HIV immunotherapies. One of his investments is Immunocore. This company in Oxford has designed T cell receptors that can seek and bind HIV and instruct immune T cells to kill any HIV-infected cells, even when their HIV levels are very low — as is often the case of the HIV reservoir cells. The approach has been shown to work in human tissue samples, and the next step will be to confirm whether it works in people living with HIV. 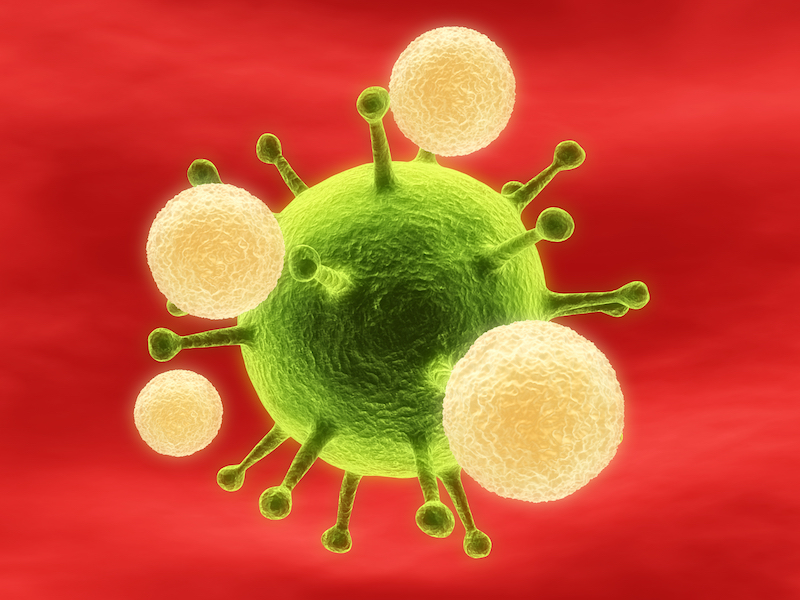 But one of the most advanced immunotherapies at the moment is a vaccine being developed by the French InnaVirVax. The vaccine stimulates the production of antibodies against the HIV protein 3S, making T cells attack the virus. “Our approach is totally different to other vaccines, which boost an HIV-specific response,” said Joël Crouzet, CEO of InnaVirVax. “We promote an immune recovery, so that the immune system has all the tools to better recognize and eliminate the virus.”

After completing a Phase 2a trial, InnaVirVax is now testing its vaccine in combination with a DNA-based vaccine from the Finnish FIT Biotech, which both parties expect could lead to a functional cure.

It is estimated that about 1% of the people in the world are naturally immune to HIV. The reason is a genetic mutation on the gene that encodes CCR5, a protein on the surface of immune cells that the HIV virus uses to enter and infect them. People with this mutation are missing part of the CCR5 protein, making it impossible for HIV to bind to it.

Using gene editing, it would, in theory, be possible to edit our DNA and introduce this mutation to stop HIV. US-based Sangamo Therapeutics is one of the most advanced developers of this approach. The company extracts the patient’s immune cells and uses zinc finger nucleases to edit their DNA to make them resistant to HIV.

Sangamo reported in 2016 that four out of nine patients treated with this gene therapy in one of the arms of a phase II trial were able to remain off antiretroviral therapy with undetectable levels of HIV, and full results of the trial are expected this year. 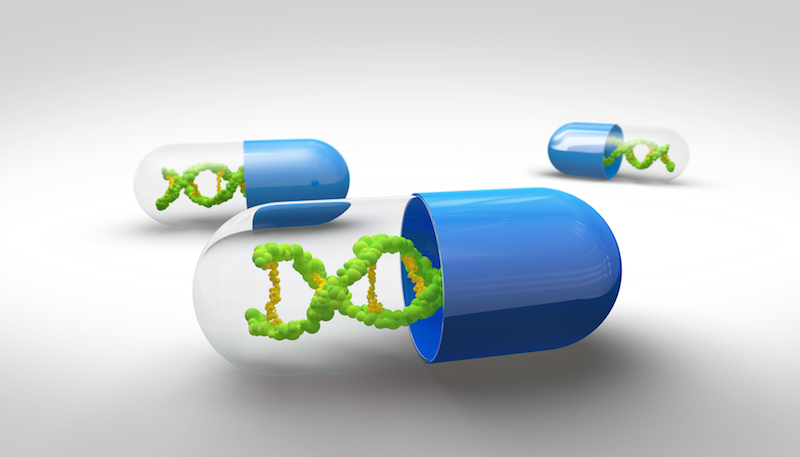 In the future, this could be done using CRISPR-Cas9, a gene editing tool that is much easier and faster to make than previously possible. But there is a lot of controversy around CRISPR gene editing after it was used to create the world’s first gene-edited babies.

These ‘CRISPR babies’ carry a mutation that protects them against HIV infection. However, scientists around the world have questioned the ethics of altering human DNA without fully understanding the possible consequences. Indeed, there is now proof that people carrying these mutations might be at risk of catching certain infections and dying younger.

When will we have an HIV cure?

Although there are several approaches that could eventually bring a functional HIV cure, there are still some challenges ahead. One of the biggest concerns around any HIV treatments is the virus’ ability to quickly mutate and develop resistance, and for many of these new approaches there is still no data on whether the virus will be able to become resistant.

So far, none of these functional cures have reached late-stage clinical testing, meaning it doesn’t seem likely that we will meet the goal of having an HIV cure by 2020. However, that year will likely mark an important milestone as the first late-stage trials are due to start that year. If successful, that could bring the approval of the first functional HIV cure in ten years. 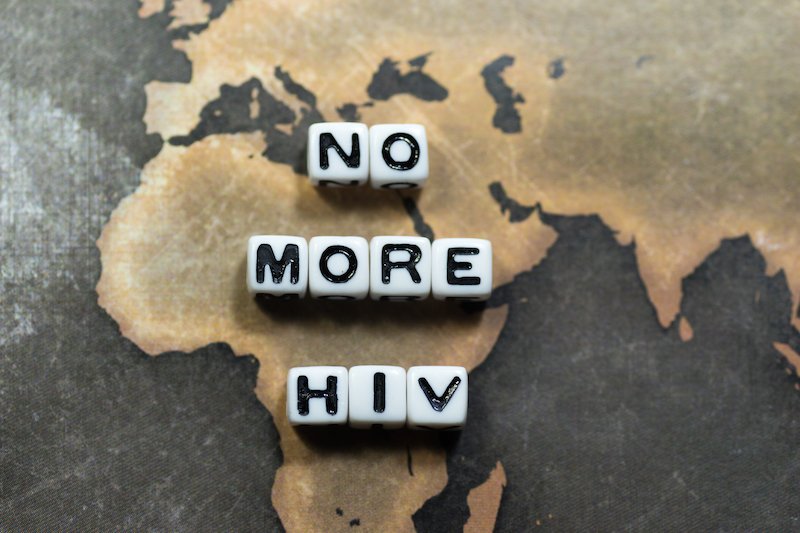 This article was originally published in September 2016 authored by Evelyn Warner. It has since been updated to reflect the latest developments in HIV research.
Images via Abivax and Shutterstock