Checkpoint inhibitors, especially those targeting PD-1 and PD-L1, are exploding in popularity. But how much of it is hype?

The pipelines of biotech and pharma are filling up with combination therapies for anti-PD-1 and PD-L1 antibodies. According to the Cancer Research Institute, there are now over 1,500 clinical trials testing the popular checkpoint inhibitors, a dramatical increase from 215 trials in 2016. By 2025, the market for PD-1 and PD-L1 inhibitors could reach near €30Bn, a massive amount for such a young market. 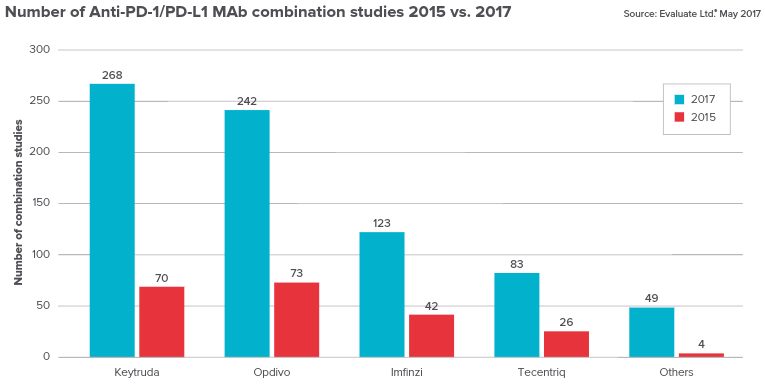 Why have these specific drugs become so popular? Well, checkpoint inhibitors can block mechanisms that tumors use to protect themselves from being attacked by immune cells. The PD-1 receptor is an immune checkpoint on T cells that instructs them not to attack any cell carrying PD-L1. Blocking the interaction between PD-1 and PD-L1 lets T cells attack tumor cells that produce PD-L1 as a mechanism to evade the immune system.

PD-1 and PD-L1 inhibitors are not a wholly new concept. In fact, the first checkpoint inhibitor in the market, Yervoy (ipilimumab) from Bristol Myers Squibb, targeted a different immune checkpoint, called CTLA4. But concerns about strong autoimmune reactions to the drug in up to 20% of patients played in favor of the PD-1 and PD-L1 generation.

The first PD-1 inhibitor, Keytruda, had impressive effects on patients with metastatic melanoma that were unresponsive to standard therapies. And the story of how the drug cured the cancer of former US President Jimmy Carter have driven up the hopes of many.

But after the initial excitement, unexpected side effects and some big clinical failures started to bring us back to reality. Checkpoint inhibitors do work, but only in a small percentage of patients. It is not yet known exactly why, though doctors have noticed that the drugs seem to work especially well for patients whose cancer cells have a higher number of mutations.

Biotech and pharma now seem convinced that the solution lies in combining checkpoint inhibitors with other cancer treatments. Everyone’s giving it a try, hoping that their own therapies will improve the safety and efficacy of the successful PD-1 and PD-L1 inhibitors.

But many of them might just be jumping in blindly. “Rational combination of clinical strategies should be based on strong biological principles, and we have a lot of clinical trials being done now that may not have that rationale,” Masoud Tavazoie, CEO of the immuno-oncology biotech Rgenix, told me. “Over the next two to three years we’re gonna start to see the real winners. And the losers, which are likely based on poor combinations.”

One strategy to find rational combinations is testing patients for specific biomarkers. For example, before administering Keytruda, doctors need to test whether the patient’s tumor presents a minimum level of the PD-L1 immune checkpoint. Although this strategy reduces the number of patients that can get the drug, it drives the success rate up. BMS recently failed a big clinical trial in non-small cell lung cancer that recruited patients with very low PD-L1 expression. As a result, its checkpoint inhibitor, Opdivo, fell behind Keytruda in the non-small cell lung cancer market. 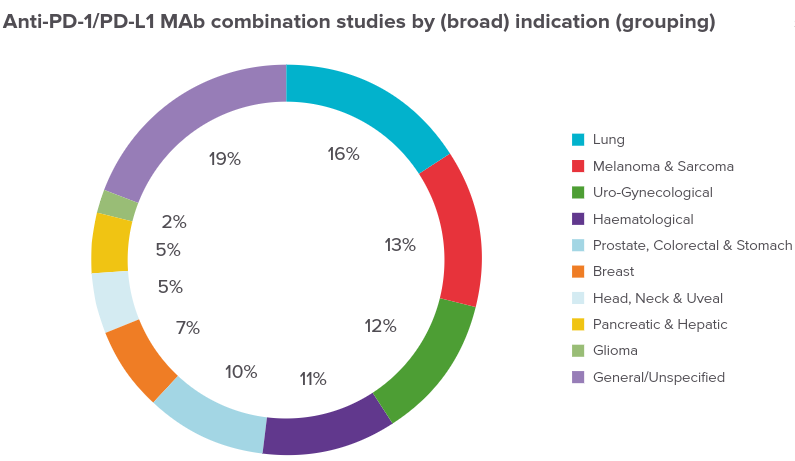 “We need to do better at identifying predictive biomarkers for who is most likely to respond to these drugs, not only to save people from potential toxicity, but also because these drugs are very expensive,” says Justin Gainor, Doctor at the Massachusetts General Hospital.

Bearing in mind that the cost of a checkpoint inhibitor therapy is around $150,000 per year, imagine having to double to that figure. It seems that all these companies erratically testing combinations are confident that there will always be someone willing to pay. But given the huge competition in the cancer market, ignoring this aspect might doom many a not-so-carefully planned combination.

Checkpoint inhibitors are definitely bringing new hope to patients that used to have no alternative after chemo failed. But we shouldn’t let hype and huge market projections blind the decisions that will help scientists continue improving the technology and making it accessible to more and more patients. The same goes for any other popular cancer immunotherapy, such as CAR-T cells, which have impressive results but carry price tags of $400,000.

This article was originally published on June 2017 and has since been updated.