The synbio company AMSilk is drawing inspiration from nature to produce sustainable materials for applications ranging from clothing to medicine. I spoke to CEO Jens Klein to find out more about the innovative biodegradable material that has caught Adidas’ eye.

In 2016, Adidas showed the world the first prototype of a new running shoe that, unlike all its predecessors, is biodegradable. Once you don’t need them anymore, you add a special enzyme and the shoes (excluding the soles) will completely break down in under 36 hours, leaving no trace of their existence and no waste for the landfill.

The fibers used to produce the shoes are made of the same protein that spiders use to make silk. However, the material itself is made by engineered bacteria in large bioreactor tanks, harming no spiders in the process.

Behind this material is the biotech company AMSilk, and its spider silk protein is being used by many other companies besides Adidas. In addition to textiles, the company uses this biodegradable material to produce cosmetics, implants and medical devices.

“The founders looked at spiders and asked: what are they doing best?” Jens Klein, CEO of AMSilk, told me. The answer is a material with outstanding properties. For example, the silk of the golden orb weaver spider is a hundred times tougher than current synthetic materials, without sacrificing flexibility.

AMSilk’s product is not exactly spider silk (for that, they would need to weave it exactly like spiders do), but it is made of the same building blocks. “We are talking about a full-length protein consisting only of natural amino acids, there’s nothing else included in our proteins,” Klein explained. 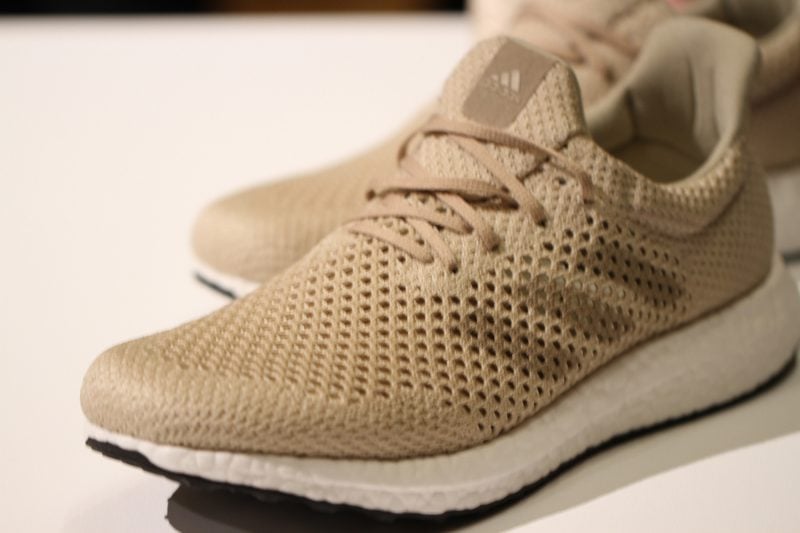 The fact that the material is a natural protein is what makes it environmentally-friendly. “Biodegradability is very important to avoid producing a lot of waste, which we either have to burn or which stays and pollutes the environment,” said Klein.

“To create a nylon fiber, you have to drill crude oil out of the earth. Then it can be recycled, but it costs a lot of water and energy to depolymerize and polymerize. From my point of view, there are a lot of resources being used in recycling. A material like ours, which is sustainable from the very beginning and biodegrades by the end of its lifetime, is the one and only solution we should look for in the future.”

The good news is that big names like Adidas seem interested in changing their industrial processes to make them greener. However, the shift to sustainability might not be as easy as launching a new shoe.

“Someone who produces hundreds of millions of a product, like Adidas’ shoes, cannot change this process completely overnight,” says Klein. “But the goal is to define a clear path to where you want to go and move in that direction.”

Several other companies are following in that direction and collaborating in projects with AMSilk. According to Klein, there are about 30 cosmetic products in the market where their silk is part of the formulation. And several medtech companies have approached him to improve their medical devices. 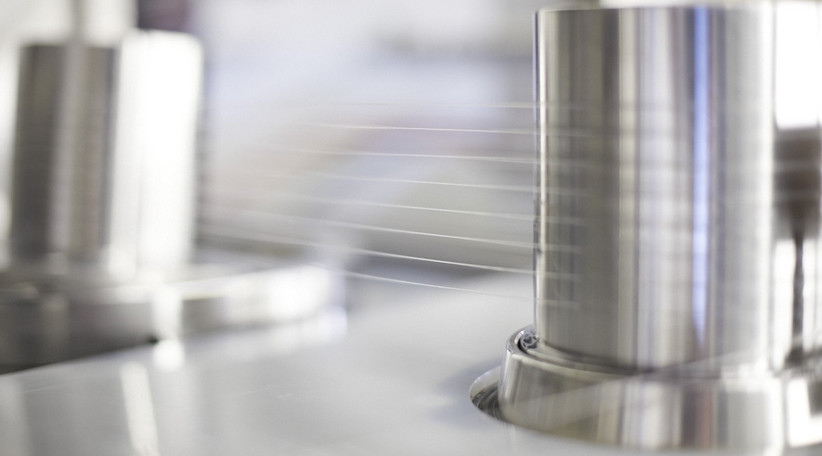 One of the first medtech applications of the company’s silk will be as a coating for breast implants. AMSilk’s partner in the project, a German firm called Polytech, is running a clinical trial in several patients that, according to the company, marks the first time that bioengineered silk has been used inside the human body.

The role of the silk protein coating is to prevent possible reactions against the implant. The idea behind it is that the body will recognize the silk as a natural, biocompatible material and therefore will tolerate it better than it does silicone.

The same principle could be extended to many other medical applications. “It is an opportunity for new materials to help in medicine,” said Klein. “We start with the breast implants, but there is much more potential in here. Many procedures and implants have a lot of room for improvements, especially in terms of the properties we can support.”

Klein notes that another important feature of the engineered silk is that it can be easily sterilized — an essential step for the production of most medical devices and equipment. “That is a problem with many new innovative products, which potentially lose their features after sterilization.”

With its bioinspired silk, AMSilk is part of a wave of companies operating in the sustainable material space, among which spider silk is definitely a hot target. In the biomedical space, a company called Spiber is also producing recombinant spider silk protein from Japan. In the textile front, California-based Bolt Threads is creating a fashion line made with 100% engineered spider silk. The company launched a limited edition necktie last year and a dress designed by Stella McCartney.

“I’m very grateful there are other players in the field and, because it helped us a lot in the very beginning,” says Klein.

What all these companies are striving for is a future where petroleum and plastic are replaced by biodegradable materials that do not leave waste behind. “We see a lot of plastic particles in the oceans,” says Klein. “We have already a ratio of 1 plastic particle to every 5 fish on a weight basis, and this will change to a 1:1 ratio. It’s very important to stop this, and one way is using alternative, sustainable materials.”