Selin Balci uses fungi as a medium to create living maps that explore the complexity of microscopic life and its similarity with human behavior.

Selin Balci got a degree in microbiology from Istanbul University and worked in research for 5 years before turning to art. Her work combines her experience culturing fungi and mold with creative experimentation to obtain colorful pieces that reflect the complex behavior of these microorganisms. “The micro-world, largely hidden from sight, is alluring, frightening and beautiful,” she writes.

Balci creates her living paintings by seeding colorful microorganisms on agar coating on top of the canvas. This method lets her control the overall shape, but the final colors and sizes of each colony depend on the interactions among the different species as they grow. After observing the complex patterns they follow for years, she argues that their behavior is not much unlike our own.

“Simple living organisms demonstrate all of the hallmarks of a complex and coordinated social life,” Balci says. “The diminutive life forms harmonize to create a colorful array of actions, counter-actions and conflicts where they mimic the human conditions of social, political, economic, and environmental concerns that have an effect on us.” 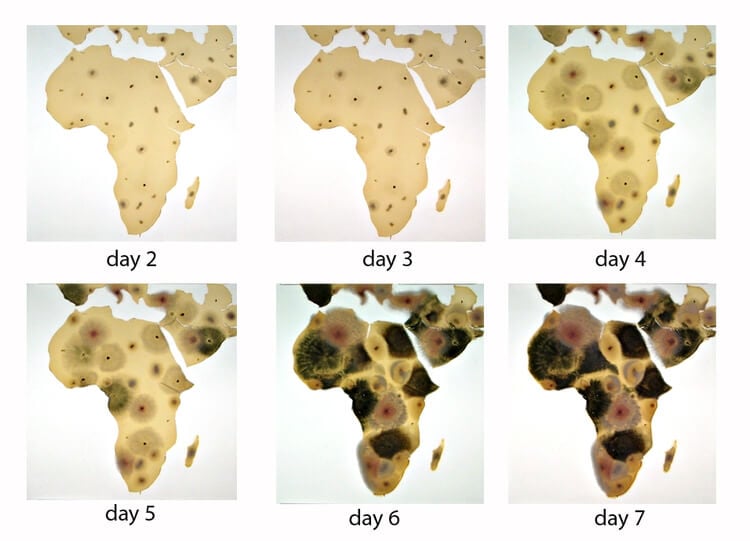 With every piece, she experiments with the fungi’s behavior. “I create competition for resources, territorial wars, and struggle for power and control among living organisms in an artificially created environment where all vital resources are restricted,” she writes on her website. “Sometimes they eat each other; they grow on top of each other. They get angry. Other times, they keep to themselves, delineating a strict border between colonies. I find their behavior very similar to us, to humans.” 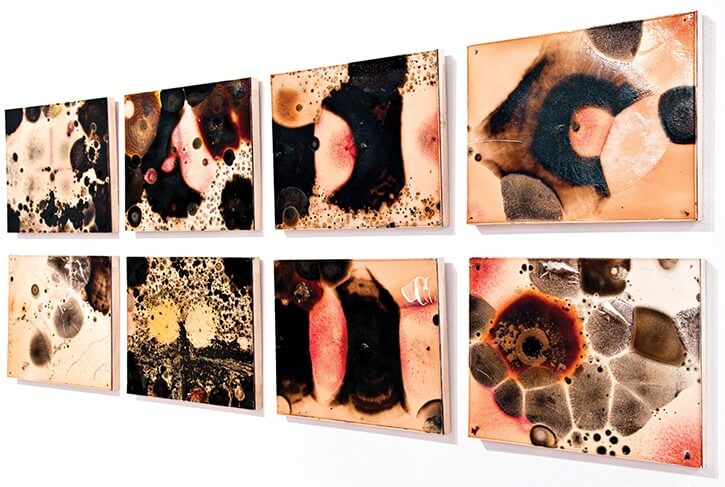 All images via Selin Balci