Culture influences your choices about money. This applies in normal life, but also in the business of biotech funding and if you want to build an international business, or invest in one, then you need to have some understanding of local culture.

The average US citizen spent 25 times more on credit cards than the average German and 14 times more than the average Chinese person. In China, the 70 year old grandma at the street vendor selling you a beef noodle soup will give you a weird look if you get out your wrinkled Yuan notes rather than zipping through Alipay or WeChat Pay. And Germans love their ancient cash and coins so much that having an online bank account almost makes you an early technology adopter.

Sure, these are all completely oversimplified clichés. But the disparate perceptions of money are obvious and culture does not end in your own pocket. It is even more true for building and financing a biotech company, for negotiating ‘deals’ (without that overused reference to a certain orange-blonde self-declared business genius) and getting partnerships going.

I was born and raised in Germany. In the last 20 years, Singapore and Taipei became for me as much home as Cologne and San Francisco are. I have spent many hours grabbing cappuccinos, bubble teas, or beers with fellow entrepreneurs, witnessed a number of business-cultural misconceptions and tried to avoid getting entangled in too many of them myself.

I wish that there were far more alternative biotech funding sources around the globe. Don’t get me wrong. I am a big fan of venture capital. It is fast and furious cash. It enables bold decisions and building great biotech companies that commercialize new drugs, make sense of exponentially growing health data, and ultimately save people’s lives.

But in the end it is about creating a complete entrepreneurial ecosystem and biodiversity (you may realize I studied biology at some point in my life!). There are biotech companies that almost always require large amounts of cash upfront to create a new drug and finance clinical trials. For anything from medtech, to diagnostics, to digital health there are plenty of different paths and occasionally the surprise of a brand new business model.

Silicon Valley was built upon decades of interactions between the pioneers of the computer age and grew to be a unique entrepreneurial landscape. Boston became even more dominating in life sciences. As my US friends tell me, it was deeply rooted in their education. Since they were toddlers, they were told you can make it really big in the US if you just work hard and take a leap of faith. Those who grew up in China witnessed an economy growing at lightning speed. Germany is different; I don’t recall anything like that from my experience of growing up there.

Let’s take Germany. Clearly a wealthy country. Home of the largest group of hidden champions — small companies that silently lead the global market in their field. Plenty of innovative money was spent on building them.

“There is not enough venture capital in Germany,” is one of the most boring (even if true) complaints I can think of. Entrepreneurship is about solving conundrums. It is about creating something out of nothing.

Private equity and venture capital still have a harder stand in several European countries compared to the masses of limited partners in the US. That is why the EU ecosystem needs to build companies differently. It is refreshing to see biotech companies growing out of early revenue. Despite public belief, it is possible. Many of my friends from university did just that — building profitable companies despite the 2008 market crash and the subsequent eradication of much of the venture capital afterwards.

We need to find a better way of tapping into direct investments from the owners of our globally admired ‘Mittelstand’ medium size companies. Strategic biotech funding initiatives like those from Evotec or BioMedX might be additional stepping stones to translate science to business. Nevertheless, there is no doubt that we do need biomedical unicorns! But building a good habitat might be the way to attract these rare animals.

Rather than excusing everything with Europe’s entrepreneurial risk-taking culture (or the lack thereof), there can be some healthy adjustments. Think about the ever more popular ‘Fuckup Nights’ all over Germany helping to get over the country’s struggles dealing with failure.

In the case of biotechnology it remains important to resist demands such as, “my city needs a biotech incubator, accelerator, or cluster.” The productivity of the biotech industry always depends on critical mass. Germany can only sustain a handful of clusters.

Rather than succumbing to local politicians, biotech should take advantage of the European dimension. The European Institute of Innovation & Technology is paving the way with its many entrepreneurial initiatives. The EU is an amazing idea (even if some people and islands might think differently!).

With aescuvest.eu, the first pan-European health-focused crowd investment platform, we are currently undertaking a real-time sociocultural experiment. Even with a small sample number so far, it has become clear that German crowd investors care more about interest and steady return, while Britons are more comfortable with a high risk, high gain approach to return on investment.

Now imagine opening this platform to Asian investors, gaining the ability to analyze how they respond to the same investment opportunities in real time. I do hope a sociology or psychology researcher picks up that opportunity and enlightens us with individual alternative investment behavior insights.

It is only a question of time that this wave will claim more and more of the health and biotech investment field as well. The perception of and attitude towards risk in Singapore, China and many other Asian countries converts well from small individual crowd investors to large venture capital funds. Antoine Papiernik, Managing Partner at the life sciences VC Sofinnova, posed the question a few weeks ago of ‘can European biotech companies afford not to work with China?‘.

There is an even more interesting connotation turning this question around: ‘can European biotech companies afford not to work with the US?’. In the past, almost every CEO or VC partner of a European biotech would have shouted out a clear “no”. Today that’s already a “maybe”. I am not opposed to partnering with US biotech and pharma counterparts, but I see having more choices as a positive development. China and Asia are now an opportunity for European biotech companies looking for partners.

Diving deeper into cross-cultural biotech investments, you inadvertently get into the cultural differences in terms of the value of personal relationships, the perception of risk, and the understanding of what is a firm promise rather than a polite concession in a business transaction. These issues will not be solved by some ‘business abroad’ guide books. And looking up the characters of 关系 (guan xi, Chinese term meaning ‘networks’ or ‘connections’) in a dictionary does not help you in understanding what behavior that translates to in daily life.

These bridges will only be built by people. It is my personal wish for more Mandarin (Thai, Malay, etc.) speaking European VCs and CEOs. We should make sure we don’t miss that train in Europe. There are plenty of US-Chinese companies like GenScript, Origene and the entire WuXi conglomerate where it is not so clear if they are more American, or more Chinese. And it might have slipped the attention of many people in Europe that major biotech companies like Biotest are already Chinese. 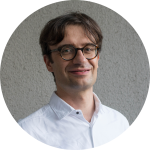 Andreas Schmidt is the CEO of Proteona, a biomedical company based in Singapore combining both genomic and proteomic data for single cell analysis. He co-founded AYOXXA Biosystems and headed the translational proteomics company as CEO from 2009 to 2016. During that time, he raised more than $30M in venture capital for the company and expanded it across three sites in Cologne, Singapore and Boston. He is a board member, advisor and mentor for several biomedical companies and entrepreneurs, often with an Asia oriented business strategy. He is also an investment committee member of the equity crowd health investment platform Aescuvest.eu.