The next industrial revolution is going to be a bio-revolution. It has to be, given that the byproducts of the original industrial revolution created the major pollution problems we now have to solve. But alongside the fixes, we also need to feed and heal a growing population efficiently and sustainably.

The bio-revolution is already well underway. One of the key areas where biotechnology is already dominating is medicine; the messenger RNA vaccine that millions of people have received to protect them from Covid-19 was, until a few years ago, the stuff of science fiction.

But the future bioeconomy will be made of more than just medicine. It will also include manufacturing, agriculture, energy, chemicals, and materials. The drive for a revolution here is two-fold. Environmental preservation is the first and most obvious driver and it penetrates all of our lives, from the clothes we wear to the plastic bottles we find on almost every beach. The second is the need for a sustainable and affordable food supply for a growing population.

As an investor, I’m focused on the entrepreneurs who are bringing innovations to life in all of these areas. But they’re not working in a vacuum. The existing giants in the sectors of pharmaceuticals, manufacturing, chemicals, food, and energy production are investing billions in their own developments, as well as collaborating with startups.

If new manufacturing processes were the foundation of the original industrial revolution, ‘biomanufacturing’ will be the bioeconomy’s equivalent. The premise runs like this: biology has the capacity for self-assembly, self-repair, and self-replication. Conveniently, biology runs on ‘digital’ code in the form of DNA. This means we can read and write it to program cells like we program computers.

The convergence of a vast increase in computing power along with advances in biotechnology, such as our ability to read, write and edit genomes, makes this possible. It sounds deceptively simple, but the principle is solid and its implications for a switch away from petrochemical dependency are enormous.

To date, our material world is built on a half-dozen or so petroleum-based building blocks. Nature, however, provides a far richer, inherently sustainable supply. Knowing this, a range of companies have developed technology platforms that combine molecular biology, data science, automation, and genomics to pinpoint useful molecules already occurring in nature, from which they can design products. Biomanufacturing replaces a traditional concrete and steel chemical factory with microbes in a fermentation tank.

For example, US-based biotech Zymergen has developed a biofabricated material with the high transparency, temperature resistance, and mechanical properties that manufacturers require to produce digital displays. The fashion industry will also be a big target; it’s the world’s third-largest manufacturing sector and produces 10% of the annual global carbon emissions. A number of companies are stepping up to change this, including Bolt Threads’ alternative to leather made from fungi, AMSilk’s spider silk shoes made through bacterial fermentation or AlgaLife’s textiles made of algae.

Investors are waking up to the fact that biotechnology is the future and can’t ignore the value this industry will create over the next few decades.

Biotech innovation is effectively research and development prior to viable commercial enterprise. However, driving huge shifts in markets can also require innovation of business models, and a rethink of the value chain, so as not to shift the bottleneck from one place to another.

Cell and gene therapy, for example, will potentially take the form of a single very expensive treatment, as opposed to a lifetime’s supply of drugs. This radical difference in delivery requires novel pricing models where the pricing may need to be based on the outcome rather than the cost of treatment.

Cultured meat may also need to be priced in a new way. The enormous cost of development has to be recouped somehow, so de-risking this kind of innovation has to be thought through from the beginning.

Specialist limited partners, with a high-risk tolerance, are gradually coming forward. My colleagues at Octopus Ventures and I have biochemistry backgrounds, so it’s easier for us to understand the details of the scientific challenges entrepreneurs face in bridging the gap between R&D and developing a minimum viable product. Patient capital is not a new concept, but with biotechnology it’s taken to new extremes, where not only the time scale but the risk profiles are daunting.

Out in the mainstream, investors are starting to pay more attention to the ethical and social impact of their portfolio, driven by the market and reflecting a fundamental change in investment culture. There’s still a long way to go, but a more focused collection of expertise is radiating influence to the highest levels of decision-making.

Over the last three centuries, we’ve built technology to improve our lives only to find that it created new challenges and problems. The bioeconomy we’re now building is informed by that experience, and factors in the full picture of its long-term impact from the ground (and fermentation tank) up. So, will tech save us? The intention, the technology, the capital, and the demand are now in place to steer us towards a new, more sustainable bioeconomy. Progress also continues apace, and the convergence of greater computing power and continued advances in biotechnology should give us all cause for optimism. 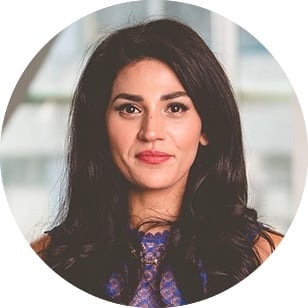 Uzma Choudry is a venture capital investor at the London-based firm Octopus Ventures, which she joined in 2018. She has been a research scientist in the fields of photochemistry and synthetic biology. Whilst undertaking her PhD she worked with the University of Manchester Innovation Company to assess the commercial feasibility of technologies developed at the University, realising her passion for cutting edge technologies.