Update (31/03/2020): AM-Pharma has raised an extra €47M on top of an existing €116M equity round to fund an upcoming phase III trial of a treatment for acute kidney injury.

The money will help the Dutch biotech to prepare for its upcoming phase III trial of a protein drug for acute kidney injury, which is due to launch in late 2020. It will also fund AM Pharma’s application for market approval, as well as commercial manufacture of the drug after the trial.

The new investors include the US firm Cowen Healthcare Investments, which provided €23M, and the European Investment Bank, which invested €24M. They joined the long list of investors that pitched into the 2019 round, including Life Sciences Partners, Andera Partners, Forbion, Ysios Capital, Kurma Partners, ID Invest Partners, BB Pureos Bioventures, and Gilde Healthcare.

The Dutch company AM-Pharma has raised €116M ($133M) to fund a phase III trial of its recombinant protein drug for treating acute kidney injury, a disease with no approved treatments.

“This is probably the largest round in the Netherlands ever done, and a top round in Europe as well,” Erik van den Berg, CEO of AM-Pharma, told me. “But that amount of money is needed to conduct the phase III trial. It’s a large study that we have ahead of us.”

Due to launch next year, AM-Pharma’s phase III trial will enroll 1,400 patients with acute kidney injury, a deadly condition where the kidneys suddenly get inflamed and stop working properly. The condition is often caused by sepsis, and has no approved drug treatments.

AM-Pharma’s candidate treatment for acute kidney injury is a recombinant protein that protects organs such as kidneys from inflammation and tissue damage. The company is keen to enter phase III after the drug reduced mortality from the condition by 40% in a phase II trial last year.

“Our recombinant protein drug works as a fire blanket over the ongoing inflammation and damage processes in the kidney and other organs, resulting in a faster improvement in kidney function and faster recovery of the patient,” van den Berg said. 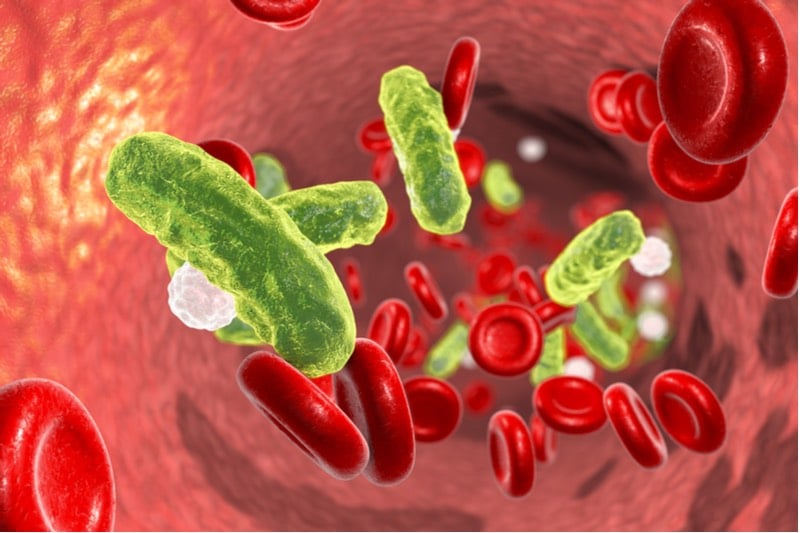 While the drug did reduce mortality in phase II, the company actually missed the primary endpoint of the trial, which was short-term kidney function. According to van den Berg, this was not surprising, since the company was still working out the most suitable endpoint in clinical trials. “We had to invent it ourselves as there is no past track record of successful studies,” he said. “We have to switch it to a hard clinical endpoint for phase III, and we chose the hardest clinical endpoint, which is mortality after 28 days.”

If the phase III trial is successful, AM-Pharma aims to apply for market approval of the drug, which could be achieved by 2023. At present, AM-Pharma sees itself as the leading company in the sepsis-induced acute kidney injury space. The US company Quark Pharmaceuticals has an RNA interference treatment in phase III already, but this is for acute kidney injury resulting from loss of blood flow after cardiac surgery.

If AM-Pharma’s drug can reach the market, it could be the first treatment approved for acute kidney injury from sepsis, which many investors in the round see as having blockbuster potential.