A wartime women’s suit is the canvas where Anna Dumitriu paints the history of antibiotics. The holes and stains in the suit are patched and embroidered with silk that has been dyed with E. coli bacteria cultures. Her artwork is titled “Make Do and Mend” and commemorates the 75th anniversary of the first use of penicillin in a human patient. 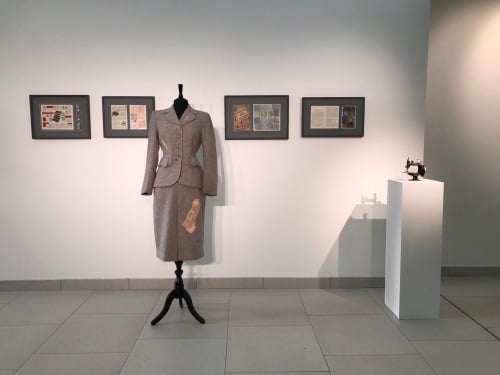 But these bacteria are special; they have been genetically modified using CRISPR to remove the gene that confers on them the resistance to the antibiotic ampicillin. In its place, Dumitriu has introduced a DNA fragment that, when converted into ASCII code and then to base 4, encodes the slogan “Make Do and Mend”, which was used during WWII to encourage housewives to repair their clothes in times of austerity.

Ampicillin belongs to the group of beta-lactam antibiotics, of which penicillin is also a member. With this modification, the bacteria has essentially been transformed into its pre-antibiotic era state. 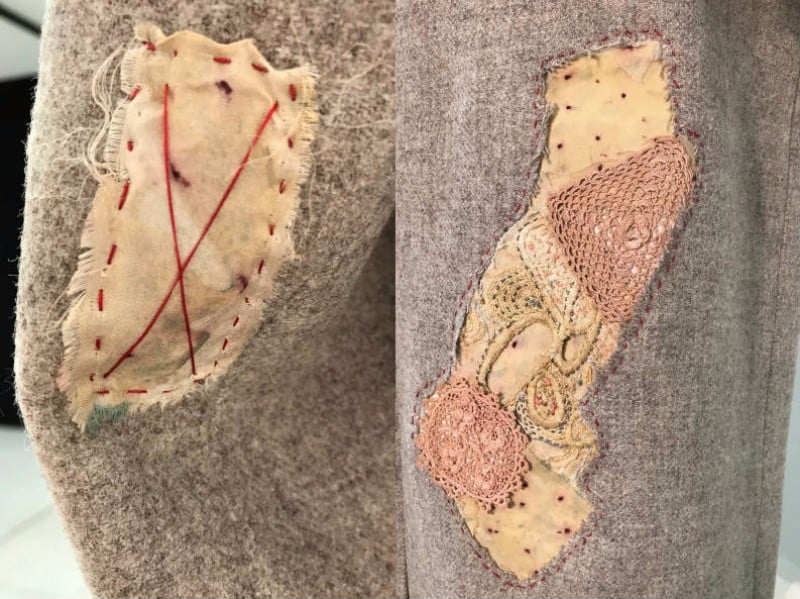 In this exhibition, Anna Dumitriu intends to raise awareness about the rapid development of antibiotic-resistant pathogens, which are extremely difficult to treat. Penicillin, which was once a miraculous treatment during war times, is now ineffective against the infections of today. The bacteria that the artist tries to replicate no longer exist. And one of the reasons is the systematic misuse of antibiotics over the last decades. 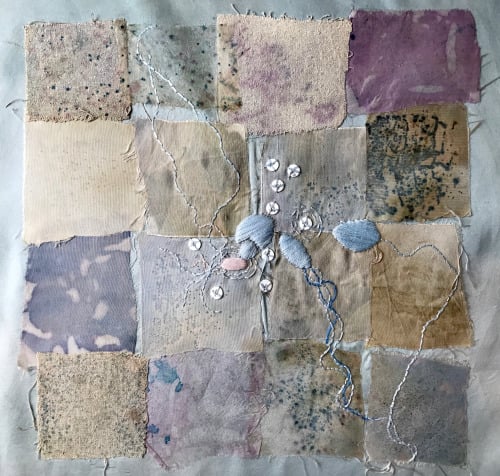 The piece will be exhibited at the LifeSpace Gallery for science and art research in Dundee, Scotland, until the 17th of June. It is part of the Future Emerging Art and Technology (FEAT) exhibition, which gathers artists involved in scientific research programs from the European Commission’s Future and Emerging Technologies (FET) Horizon 2020.

Anna Dumitriu, who is experienced in portraying our relationship with pathogens, has created “Make Do and Mend” as part of her residency within the FET Horizon 2020 project MRG-Grammar (Massive Reverse Genomics to Decipher Gene Regulatory Grammar). Its main aim is to investigate the rules that govern gene expression with the help of synthetic biology, DNA synthesis, and high-throughput analysis. We can’t wait to see the next piece that comes out of such a project!

All images via Anna Dumitriu