A group in Barcelona has identified DNA close to genes that influence gene activity, which could be used in disease treatment and industrial biotechnology.

Sections of DNA, termed ‘control dials‘, regulate transcription, and the amount of gene product produced. Reported in Nature Communications, these findings could help to control dangerous genes during a bacterial infection or to tailor the expression of specific genes for a particular application.

Highly active genes were identified in Mycoplasma pneumoniae, selected for its small genome, using a quantitative tagging technique called ELM-seq. When the DNA adjacent to heavily tagged, highly active genes was analyzed, the group discovered the adjacent DNA and the 3D structure of RNA (produced from the DNA strand) play an important role. 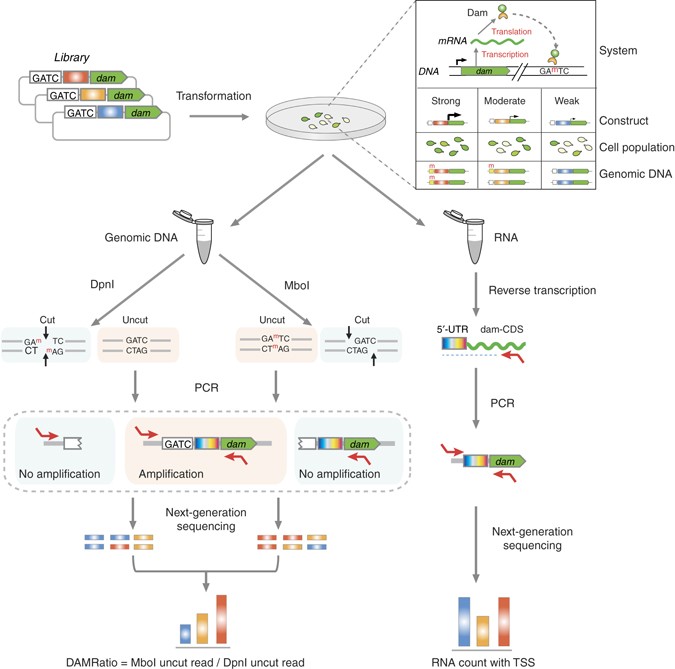 These findings could have a number of exciting implications in biotechnology. The group has suggested it as a way of treating diseases such as pneumonia, by generating genetically engineered bacteria with reduced pathogenicity.

Professor Luis Serrano, CRG director explained: “We now have a big range of control sequences we can use to adjust the levels of the proteins we want to produce in the lungs – like a toolkit we can use to control gene activity.” They are also targeting cancer and the regeneration of damaged tissue.

Another use is in industrial biotechnology. Bacteria have been used to produce antibiotics, organic acids and potentially bioplastics. Production of these could be increased by upregulating responsible genes. Dr. Jae-Seong Yang, co-author of the study said: “If we want to use bacteria or other cells for biotechnology applications, we need to engineer them to make the maximum amount of product.” These findings could make this a reality.

These findings could have an exciting effect on biotechnology. It may be tricky to incorporate this information into current techniques but it could help to take the field a step further. The team also believes that the technique could be applied to other bacteria, yeast, and human cells, and the fact that the technique is cheap and fast will surely help this.