It’s time to ride the slopes and land in the French alpine capital, Grenoble, to meet our Biotech of the week, BGene Genetics. This start-up is changing the bug factory sector!

BGene has developed a method to edit the chromosomes of a bug to produce proteins rather than inserting a plasmid, and this proprietary technology has a plethora of advantages, including the absence of scars. This innovation was just patented last May, so still the know-how is a secret kept as seriously as the Coca-Cola recipe, but the company gave us a peek! 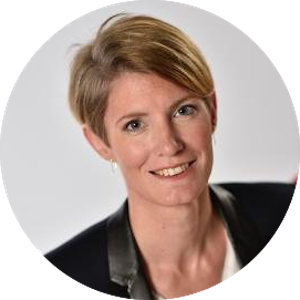 BGene offers its services to industries like pharmaceuticals, petroleum, and cosmetics, to develop bioproduction systems for the manufacturing of bio-based chemicals, proteins, peptides, biofuels and other bio-based systems.

Its proprietary recombinant technology allows the insertion and deletion of genes and the modification of metabolic pathways in bacterial strains and yeasts, enabling the development of  efficient bioproduction systems. The great innovation of this site-specific technology is that it acts on the chromosome of the strain instead of the plasmid.

The key advantage of this technique is that no ‘scars’ are left from the genetic engineering of the bug, which normally results from other technology. In fine, scars increase the probability of chromosomal rearrangement and can jeopardize the stability of the strain in the long run.

Targeting the chromosome with BGene’s technology improves accuracy all the way to the single-base level. The precision of the work and the minimal perturbation on the organism is considered as “the haute-couture of bioengineering”.

Furthermore, this technology manipulates the genome without stimulating antibiotic resistance. That’s really important to avoid the addition of highly expensive antibiotic molecules during the process. Moreover, this obviates the needno need to remove it during purification of the final product.

The inserted DNA can contain the gene of interest as well as inducible promoters that control the yield. Regarding the results, they are comparable or better than the ones obtained with the use of plasmid:

BGene’s technology allows the creation of strains that don’t require either a plasmid or antibiotics. Its accuracy yields great results compared to other alternatives with none of their disadvantages. It is an innovative process that deserves to be known!

Since its establishment in 2014, BGene has grown up a lot. A new Project Manager for Microbiology just joined the team this summer; other posts will open up early next year.

Company funding is solid. The first round allowed them to set up an automated process, and the second international round is shooting for between €1,5M and €2M to further develop the business.

The company also has a number of customers that testified the efficiency of the process. So if you are an investor, a curious scientist or in need of a new production system, feel free to reach the team. They would be more than happy to discuss it with you!

Drop them a line!