Celyad has received FDA approval to start clinical trials for its CAR-T cell therapy, which is engineered to avoid side effects associated with using donor cells for this kind of treatment.

The Belgian biotech has been cleared to test its CAR-T cell therapy, made from donor cells, in patients with unresectable colorectal cancer in combination with chemotherapy. The technology could be particularly useful in cases where a patient’s own stem cells can’t be isolated from a blood sample.

Conventional CAR-T cell therapies fight cancer by genetically engineering a patient’s own white blood cells to express a molecule that recognizes cancer cells. Celyad is following a somewhat different approach by using cells from donors, which could make the therapy available to a wider patient population and drive down prices.

Celyad is not the only company making CAR-T treatments from donor cells. The French biotech Cellectis was the first to run clinical trials with donor-derived CAR-T therapies, which started being tested last year in patients with blood cancer. One of the donor-derived therapies developed by Cellectis, now licensed to Servier, has shown a 83% remission rate in patients with acute lymphoblastic leukemia. 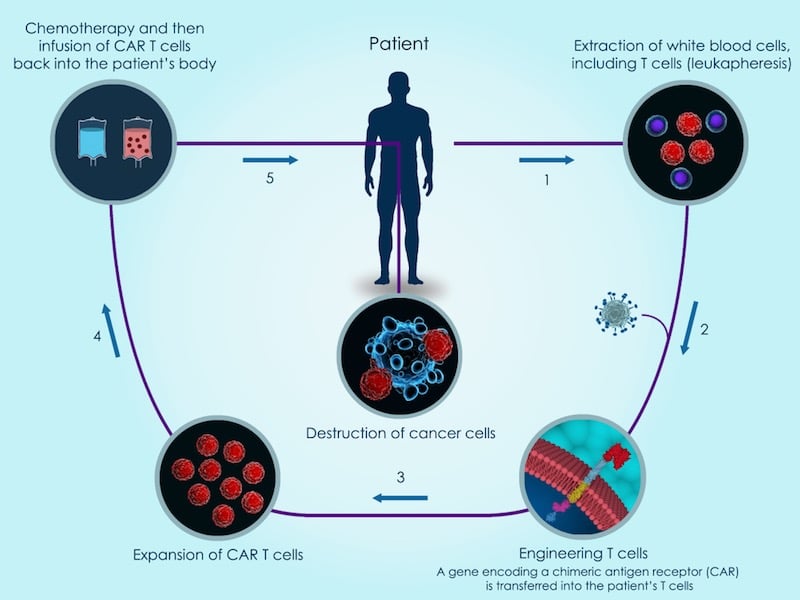 Celyad wants to go a step further than Cellectis by making its CAR-T therapy safer. The company outfits the cells with a peptide that inhibits graft versus host disease, a serious complication where the donor cells attack the patient’s body. This feature may give Celyad an edge over its competitor.

While CAR-T therapies could eventually become effective cancer treatments, the technology has to address certain challenges. Biotechs will have to make the treatments affordable and address safety issues as well. However, Celyad and Cellectis may bring us closer to viable CAR-T cell therapies with their use of donor cells and greater safety precautions.