Nobel Prize week has kicked off with the announcement of Physiology and Medicine recipient: it wasn’t the CRISPR crowd, but Yoshinori Ohsumi for his work on autophagy.

As Derek Lowe puts it, CRISPR “is absolutely, positively going to win a Nobel; the only question is when.” Well, it didn’t manage last year, nor this year. The Karolinska Institute announced yesterday that Yoshinori Ohsumi won the Nobel Prize in Physiology or Medicine this year to honor his discovery of the mechanism of autophagy in cells.

Autophagy, from Greek meaning ‘self-eating‘, refers to the process by which a cell can recycle its contents. It was first observed in the 1960’s that a cell could enclose an object in a membrane to form a vesicle and ship it off to a lysosome for degradation.

Around 30 years later, Ohsumi identified the genes controlling the process in baker’s yeast, probed the underlying mechanism, and demonstrated that analogous machinery is used in human cells. Autophagy is at the heart of a number of physiological processes, and mutations in the genes Ohsumi discovered cause a range of diseases, from cancer to neurological disorders.

We don’t mean to diminish the achievement of Ohsumi, but it does come as a bit of a surprise that CRISPR, the scientific discovery of the century, missed the Nobel again this year after also losing out last year. The committee at Karolinska isn’t shy about shrugging off popular opinion, as evidenced by the unexpected win in this category for natural products last year.

Perhaps it is waiting for a more definitive resolution to the CRISPR patent war between Jennifer Doudna and Feng Zhang. That said, the consensus seems to be that they should share it, together with Emmanuelle Charpentier, in which case the award would be independent of the outcome and avoid conflict. As time goes on, the likelihood increases that CRISPR will win the Nobel in Physiology or Medicine. Maybe 2017 will be the year! 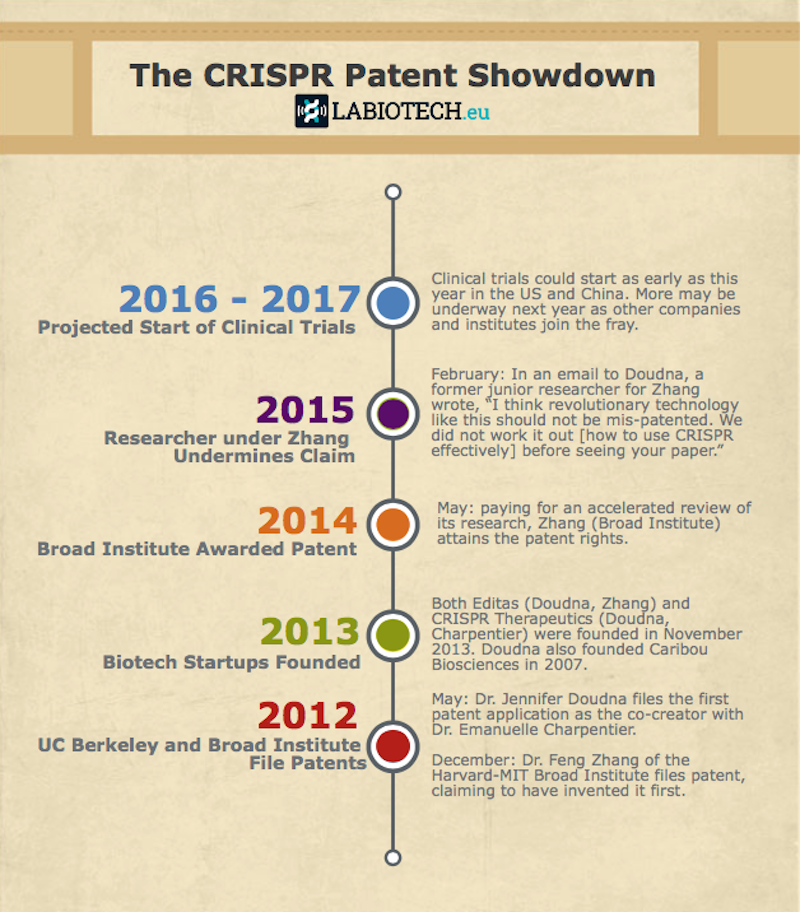 Infographic by the author