Donald Trump, a reality TV host, has just beaten Hillary Clinton, whose qualifications are too many to list, to become President of the United States. Who knows what’s next for European biotech?

The world is preparing its nuclear fallout shelters, and biotech might best follow suit. The Donald is not known for his coherence, consistency or logic regarding policy positions, and his stance on pharma and biotech is no exception. After fiercely criticizing the industry, he has since scaled back remarks and shied away from commenting on drug pricing.

“Trump doesn’t have big health-care plans,” Christophe Eggmann, a fund manager at GAM Holding AG in Zurich, told Bloomberg on Wednesday. “The only thing he was talking about was repealing Obamacare. But all the proposals from Hillary Clinton that could have affected drug pricing and companies — this is not going to happen.”

In the short term, Donald Trump’s victory over Hillary Clinton is a victory for pharma (and biotech by association) over price controls. The immediate financial future looks a bit brighter this morning.

However, The Donald does have a deep nationalistic sentiment that boils down to a firmly anti-trade stance, which is worrying pharma. No one has forgotten the wall he wants to build along that US’s southern border; he might extend this wall all around the country and all but sever trade with the world beyond The Land of the Free.

Given that the US market generates the largest returns for European biopharma, that this would be “bad news,” for not just biotech but all industries, is the understatement of a lifetime.

The political climate has made times tough for biotech, as we heard in the BIO-Europe plenary speech on Monday. The bleak outlook seemed to be based on the anticipation of a Clinton Presidency: Hillary Clinton famously sent biotech stocks into a tailspin with a single tweet about bringing big pharma pricing to heel. But Donald Trump’s anti-trade stance could do even more damage to European industry profits by cutting off its access to the American market. 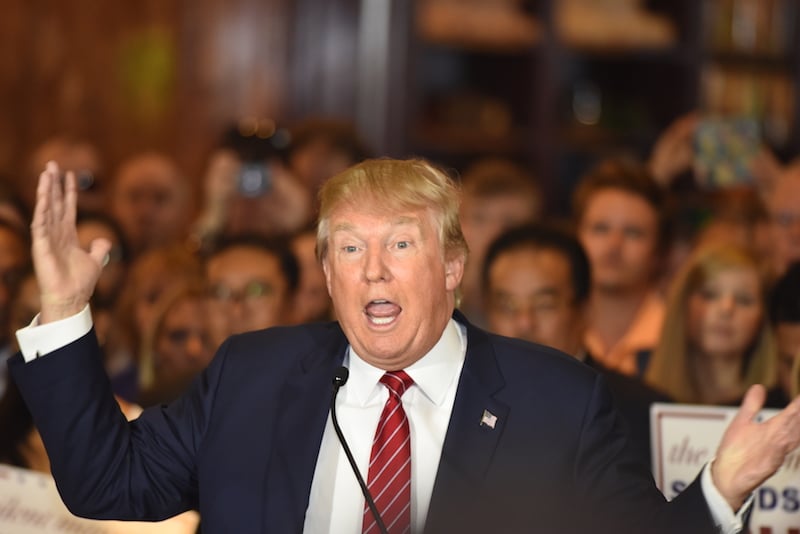 While the candidates’ policies might claim the moral high ground, high profits are a main driver in biotech and pharma. “This is an industry dependent on risk capital, and risk capital is dependent on an outsized return on investment,” said Geoffrey C. Porges, director of therapeutics research at Boston health care investment bank Leerink Partners.

“If that possibility is taken off the table, companies could be starved of capital, and this could become a low-margin, slow-growth industry.” In other words, innovation in medicine, both in the US and Europe, could rapidly decelerate.

So far, the bleak financial outlook seems to be a self-fulfilling prophecy. Fear of a President Hillary Clinton cost investors in pharma and biotech $50Bn in October, and the benchmark Nasdaq Biotechnology Index dropped 6.6% accordingly. This reflected that there have been half as many IPO’s this year as in 2015, and company valuations, like Galapagos, Cellectis and Adaptimmune, have dropped sharply; at least deal activity seems to be holding steady.

Critically, the presidential election is not the only one that matters for biotech and pharma: there are hundreds of state-level elections for Congressional seats. Companies are pouring money into the campaigns of Republican candidates, who usually support policies in line with the interests of pharma and biotech. 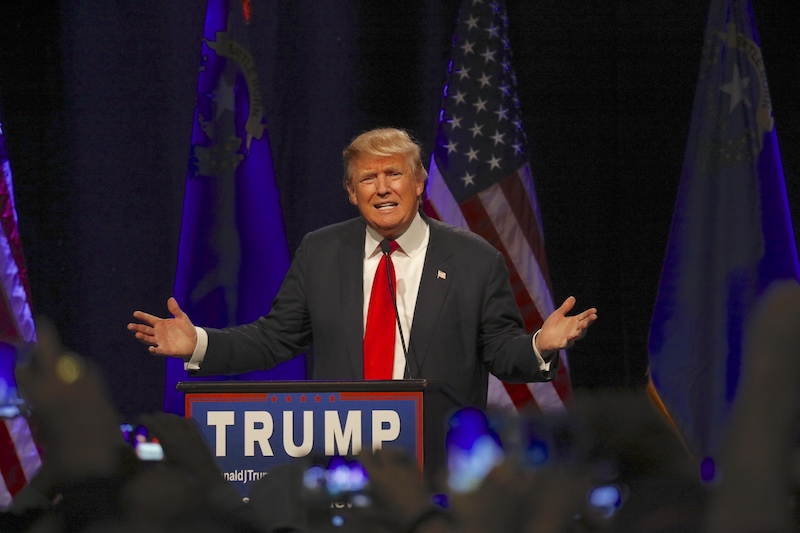 “Certain factions in the Democratic Party have no affection for the branded drug industry, and these factions, and their policies, could be tremendously damaging to the industry” if their pharmaceutical policies were put into place, the report said.

“However, these policies have always been fiercely opposed by Republicans, and even more moderate proposals…have been successfully fought by the industry, largely through Republican lawmakers.”

Because of their positions as lawmakers, Representatives and Senators are just as key to the fate of the pharma and biotech sector as the new president of the United States. The “worst case scenario” for the industry, according to Porges, is a Democrat majority in both houses of Congress in addition to the White House.

Fortunately for the industry, this has not materialized. While the final margin is still being tallied up, the Republicans have won majorities in both houses of Congress. According to the Leerink report, we can expect biotech valuations to recover by 20% as a result.

While the results from the state-level elections are still rolling in, the CEO of Actelion, Jean-Paul Clozel, remains optimistic. “If you bring to the patients innovative growth, good drugs which are going to help them, which are really going to make them feel better or live longer, the country – United States – is going to pay for these drugs and there are many systems in place which will allow that,” he told CNBC last Thursday.

“I am very confident that the United States is a very stable country, it’s a very reasonable democracy,” he remarked. But when someone has to say that, you know there is serious cause for concern.

As the global leader in biotech innovation, the United States not only sets an example for the European industry but also fuels it. Trump’s position on trade means that European biotech companies are facing lower profits from the largest healthcare industry in the world on top of the already hostile environment that discourages them from expanding across the Atlantic. With doors closing to the UK and now the US, continental Europe might best look inward for its future direction in biotech.

UPDATE: Since the presidential election result announcement this morning, the NASDAQ biotech index has surged 5%, which represents a nearly full recovery from a bad political year for the industry.