Imagine you could use a glue to fix a hole or week zone inside your body. Sound promising? Definitely.

A new generation of adhesive has been discovered. It can be used in a highly challenging environment and be activated by light. The illustration below shows you how it could be used in heart surgery.

The technology has been discovered and patented by Portuguese Maria Pereira when she was in Boston. She has recently been named 30 under 30 by Forbes in Healthcare category. 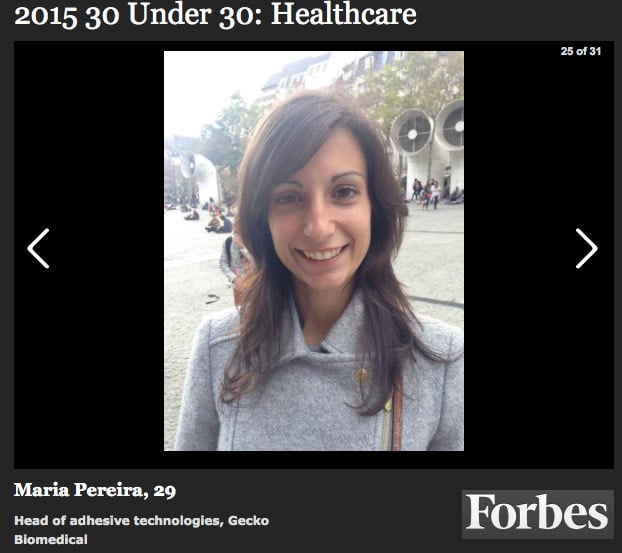 Co-authors are non-others than Robert Langer, MIT’s rock-star scientist and most cited engineer in history, and Jeffrey Karp, Associate Professor, younger but already more than successful.

This technology has many applications and has been exclusively licensed to Gecko Biomedical, a Paris-based company. Christophe Bancel is the co-founding CEO, Jeffrey Karp co-founder and Maria Pereira head of adhesive technologies. Gecko has already shown sign of success. In December 2013, it raised €8M in a Series A and then announced positive results in Science Translational Medicine through a paper entitled “A Blood-Resistant Surgical Glue for Minimally Invasive Repair of Vessels and Heart Defects”.

This bio-glue is on its good way to success and Gecko is definitely one of the hot French Medtech to watch in 2015.