Imperial College London and Ergon Pharmaceuticals have a new enzyme target to treat inflammatory disease by reducing the activity of macrophages.

Researchers at Imperial College London have developed a method to reprogram macrophages and reduce their inflammatory activity. The approach, published in Nature Communications, proved to reduce by more than half inflammation in the joints of mice models of rheumatoid arthritis. Rats with kidney inflammation also saw their kidneys improve as the number of macrophages in the diseased organ decreased.

To achieve these results, the researchers targeted the altered metabolism of activated macrophages. In these cells, the Krebs cycle, the basis of energy metabolism, is interrupted. “In immune cells that have to fight invaders, the metabolism is diverted from its usual cycle to make compounds that fight microbes,” explains the study leader, Dr Jacques Behmoaras.

“What we have found is that there’s an enzyme involved in this diversion of the usual cycle, which makes immune cells produce these bacteria-killing compounds. If you block that enzyme, you block that specific branch of their metabolism, and make the cells cause less damage during inflammation.”

The enzyme in question is called BCAT1. To block its activity, the researchers used a compound called ERG240, which has been developed by the US-based company Ergon Pharmaceuticals. The compound, which mimics the amino acid leucine, binds the enzyme, preventing it from altering the normal activity of the Krebs cycle. 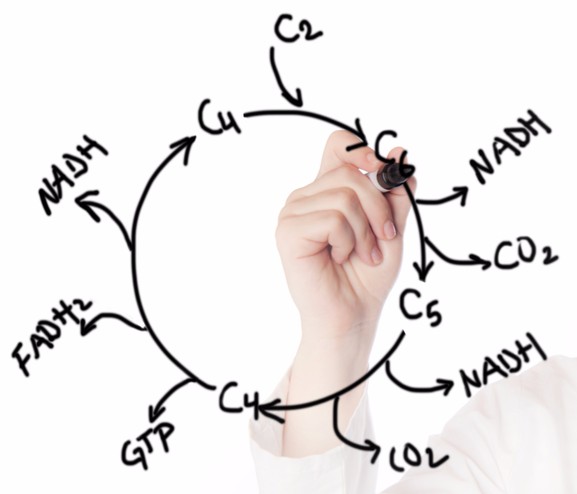 The researchers believe this approach could be extended to humans in order to restore normal metabolism in many inflammatory diseases. However, given the early stage of the study, more information is needed before that. Behmoaras wants to study how other enzymes are involved in the regulation of the Krebs cycle to draw a map of the complex metabolic circuits controlling the inflammatory activity

Behmoaras wants to study how other enzymes are involved in the regulation of the Krebs cycle to draw a map of the complex metabolic circuits controlling the inflammatory activity of macrophages. This could help the researchers figure out how to tune their activity with more precision, so that the activity of the immune system is reduced without leaving the patient unprotected from infections.

Coincidentally published the same day, a paper in Nature Scientific Reports outlines a similar approach to dampen inflammation by targeting macrophages. The results show the anti-inflammatory properties of Abivax’ ABX464 by inducing the production of IL-22, a cytokine that regulates macrophage activity.

The drug is currently being developed as a “functional cure” for HIV, with promising Phase IIa results. This discovery could expand its applications into inflammatory bowel disease, where oral anti-inflammatory treatments are still limited. A proof-of-concept Phase II trial in ulcerative colitis is planned to start later this year.