European biotech companies are flocking to the Nasdaq Stock Market in 2020, but not all are going the traditional Initial Public Offering (IPO) route. What does this mean for the dominance of the biotech IPO in Europe?

In spite of the Covid-19 pandemic, biotech IPOs have continued unabated. In fact, a report from Bioworld found that biopharma IPOs in 2020 have so far raked in €10.4B ($12.2B) globally, the biggest yield ever.

In recent weeks, we’ve had European biotechs queuing up to enter the US Nasdaq Stock Market with an IPO, including the Belgian immuno-oncology firm iTeos Therapeutics, the UK gene therapy biotech Freeline Therapeutics, and the German mRNA company CureVac, which is listing this week.

“Right now, there’s a huge amount of interest in biotech stocks in the US,” Antoine Papiernik, Managing Partner of the European VC firm Sofinnova Partners, told me. “It’s an unparalleled environment where, despite the huge economic crisis and Covid-19, there has been a high interest in healthcare that is fuelling the demand for biotech stock.”

But there have also been a surprising number of established European biotechs that listed on US markets this year without an IPO. These include the German T-cell therapy developer Immatics, and the UK companies Amryt Pharma and F-star Therapeutics.

Although these companies all decided to forgo an IPO, their reasoning and alternative routes varied widely. Is this a sign that IPOs are going out of fashion in European biotech?

When Amryt listed on the Nasdaq in July, the company didn’t raise new capital by issuing shares. This may come as a surprise in the biotech industry, where huge fundraises such as the US company Moderna’s mammoth IPO in 2018 often make the headlines. The reasoning behind this move, according to Amryt CEO, Joe Wiley, is that the company is already making revenues.

“Amryt has broken the mold of the traditional biotech model where typically a biotech has no revenues and burns cash,” he told me. “We have revenue-generating products and are cash generative. We therefore didn’t need to raise money when listing.”

Amryt was already listed on the UK AIM market and Euronext Dublin. So if not to raise quick capital, why did it list on the Nasdaq too?

For one, Amryt wanted the US exposure that accompanies a Nasdaq listing. This provided several advantages for the company such as increased liquidity, wider coverage from stock analysts such as Canaccord Genuity, increased public awareness about Amryt, and new business partners and employees.

Another reason is that the listing gave Amryt “access to a deeper pool of capital and healthcare investors in the US, some of whom we are already seeing on our register,” Wiley told me.

In general, though, Amryt stressed that every biotech will be different, and what works for Amryt may not be the case for others making revenues. Since relatively few biotechs are generating revenue at the point of going public, the idea of listing without offering shares will likely remain rare in the industry.

The private UK antibody developer F-star Therapeutics is about to go public on the Nasdaq, but it’s doing so by merging with the US Nasdaq-listed Spring Bank Pharmaceuticals. This method of going public is known as a reverse merger.

Reverse mergers can provide private companies a way to go public at a lower cost and with less paperwork than an IPO. According to Papiernik, though, these reverse mergers are usually tricky and normally a ‘plan B’ to a direct IPO.

“As a general rule, every company wants to try and do a regular IPO,” he said. “In general, the reverse merger is more complex because you might have a company that failed, but which raised a lot of money. It might still have significant cash, but no program because it failed in phase III. That’s when a reverse merge could be considered.”

F-star declined to comment on why it went for a reverse merger. The UK company doesn’t seem to have experienced any major setbacks that might discourage an IPO. However, its partner Spring Bank Pharmaceuticals has been in a difficult position this year. Spring Bank’s stock price plunged by 50% after a patient death in a phase IIb trial of a hepatitis B treatment at the end of last year, and the program was discontinued in January.

Possibly, F-star saw this deal — which involved raising around €21.2M ($25M) prior to the merger — as an easier way to get on the Nasdaq than an IPO.

Reverse mergers can have their own snags too, though, such as questions about management of the new company.

“The power is in the hands of the people with cash,” Papiernik said. “It can also be complicated because often there are remnants of management so you have to work out governance issues. So, it’s really an option to consider if the company doesn’t have a clean slate for an IPO.”

Immatics: the rise of the SPAC in European biotech?

When the German firm Immatics merged with the US company Arya Sciences Acquisition Corporation in July, it showcased a rare event in European biotech: the SPAC IPO. 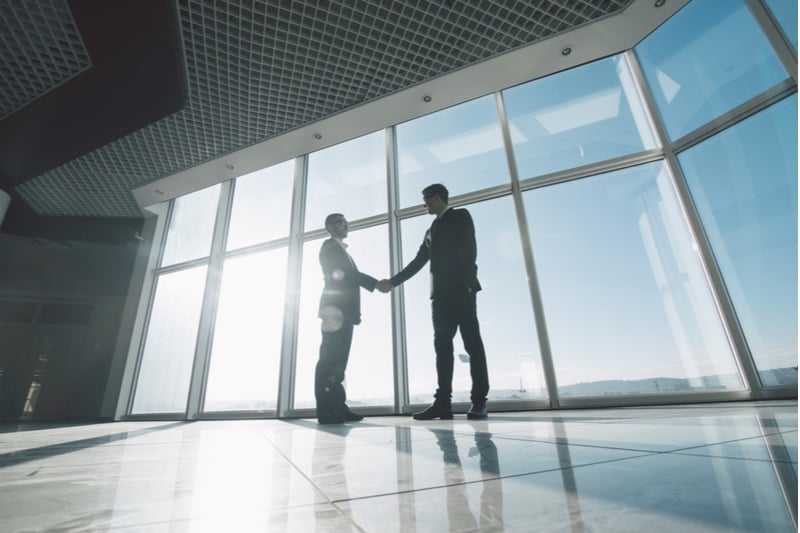 In a SPAC IPO, a private firm combines with a publicly-listed shell company called a Special Purposes Acquisition Company, or SPAC. SPACs are basically funding vehicles that are created by an investor — Perceptive Advisors in the case of Arya Sciences and Immatics — and they transfer the funding to the private company that they merge with.

“The SPAC transaction is much closer to an IPO than to a merger with another company,” Harpreet Singh, CEO of Immatics, told me.

One advantage of a SPAC over a regular IPO is that the biotech company can work directly with an experienced investor with a predefined valuation in mind. In contrast, companies need to do their homework to price shares in a normal IPO, and are exposed to fluctuations in the market.

SPACs have been around for decades in the US outside of biotech. They are becoming more common in the US biotech industry thanks to this year’s IPO boom, but have yet to catch on in European biotech circles. In addition to Immatics, another company on this side of the pond that went public via a SPAC was the Israeli microbiome firm BiomX in 2019.

“European biotech companies have always had access to the US public market and are in a position to utilize this financing vehicle option,” Singh said. “We think it boils down to relationships and exposure to the thought-leading investors who sponsor these vehicles.”

The SPAC IPO might grow attractive to biotechs hoping to go public without too much exposure to the volatility caused by the Covid-19 pandemic. However, it seems unlikely that it will seriously compete with the traditional IPO anytime soon.

“It’s always going to be at the margin. It’s what happens when there’s an overflow of cash,” Papiernik said.

What is clear is that the biotech industry has become very active in terms of funding this year, which could be driving an increase in IPOs, mergers, and SPACs.

“We are in a very hot market for fundraising for biotechs as well as SPAC transactions, so I think many EU companies are considering a range of options, which is great news for our part of the global industry,” said Singh.

Furthermore, while the Nasdaq tends to hog the most attention, biotech stocks on European markets such as Euronext are also looking healthier than ever, which could lead to more biotech companies listing on European soil with IPOs or mergers.

“Everyone is looking to list in the US because that’s where the cash and liquidity is,” Papiernik said. “Nonetheless, we are living in a time of great change, so it’s hard to say what the future holds.”