A team of Swedish researchers has published today an interactive map for the visualization of the effects of individual cancer genes that supports personalized medicine.

The new Pathology Atlas is an open access online resource containing genomic data from over 8,000 patients across 17 major cancer types. By typing in the name of any gene involved in cancer, anyone can visualize how it is expressed and how it affects survival in each type of cancer studied. Its release is accompanied by a publication in Science describing the analysis and its results.

To build such a massive database, the team used a national supercomputer center to analyze more than 2.5 petabytes of public data from the Cancer Genome Atlas. The work has been coordinated by Professor Mathias Uhlén, a renowned entrepreneur and researcher, who is also the Director of the consortium behind the Human Protein Atlas, a project gathering data from all human genes that is updated yearly with the latest discoveries, which the new Pathology Atlas will be part of. 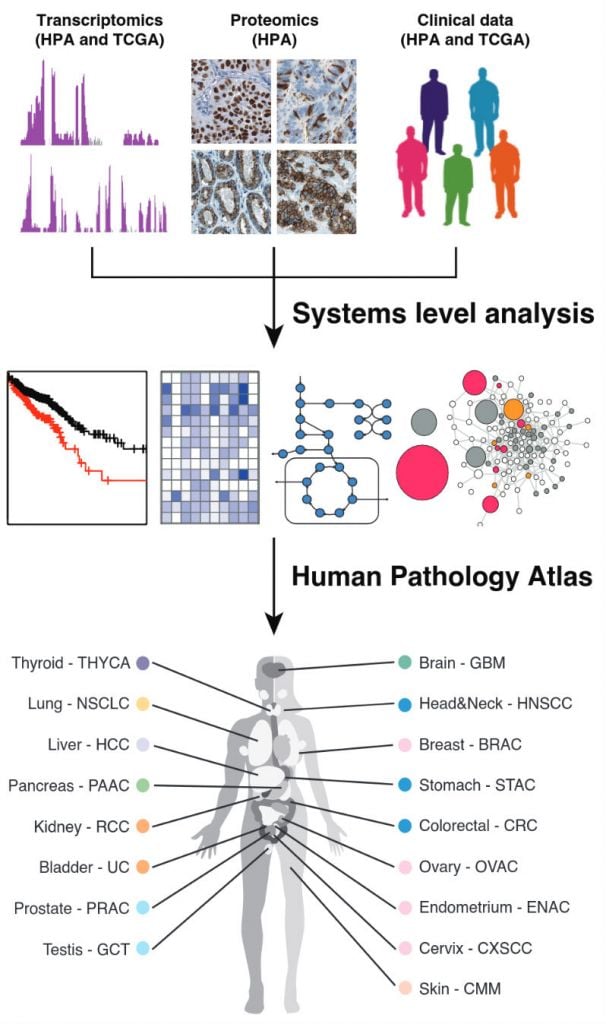 “This study differs from earlier cancer investigations since it is not focused on the mutations in cancers, but the downstream effects of such mutations across all protein-coding genes,” said Uhlén in a statement. “We show, for the first time, the influence of the gene expression levels demonstrating the power of “big data” to change how medical research is performed. It also shows the advantage of open access policies in science in which researchers share data with each other to allow integration of huge amounts of data from different sources.”

The results of the study have already proved useful in a study focusing on lung and colorectal cancer at Uppsala University led by Professor Fredrik Ponten. The team used a selection of genes identified by the Atlas to analyze gene expression patterns in cancer patients that yielded results consistent with those of the Atlas. Which suggests the Pathology Atlas might become a useful tool for researchers worldwide to develop personalized treatments for cancer.