Artist Tina Gorjanc is working on a human leather collection that aims to highlight the shortcomings of laws that allow human biological material to be marketed without permission.

Gorjanc has projected a whole fashion line, labeled ‘Pure Human’, that includes jackets and handbags made with lab-grown skin from the renowned fashion designer Alexander McQueen.

Originally from Slovenia and now based in London, the artist intends this project as a warning about the lack of legal protection of biological information. In 2016, she filed a patent application for human leather grown using McQueen’s DNA. The patent would give her the right to create and commercialize a whole clothing collection made with human leather.

Gorjanc does not actually plan to sell the human leather collection, but use it to send a powerful message: “Even though the legislation states that isolated genetic information can’t be patented, you can go around this kind of thing and patent a material that uses this genetic information. Slowly by genes, and then by larger organs, people are allowed to own a person, like it happened in the days of slavery.” 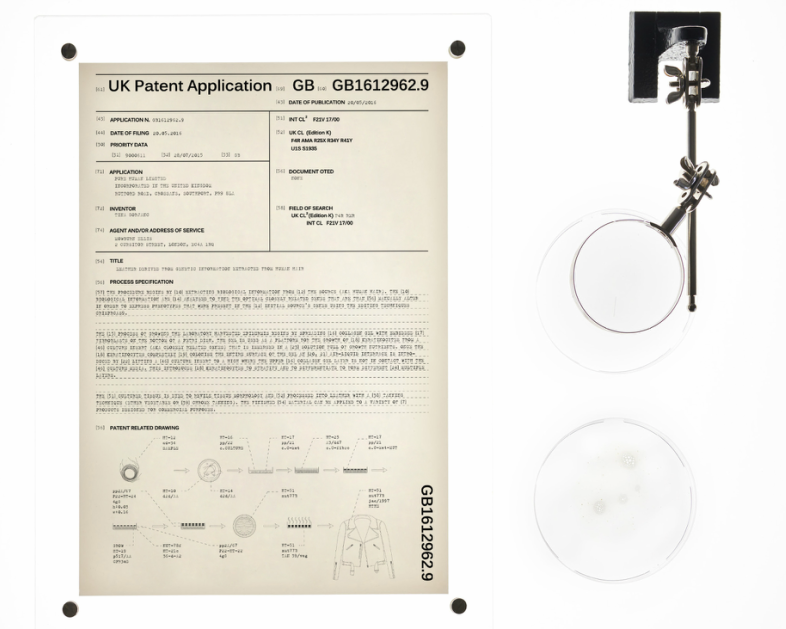 The artist obtained DNA of McQueen from his collection ‘Jack the Ripper Stalks His Victims’, in which the labels contain locks of the designer’s hair. Tina claims to already be growing skin in petri dishes. In the process, she’s found that human leather can actually get sunburnt and requires UV protection.

A conceptual collection has been on exhibition at London’s design college Central Saint Martins, where both Gorjanc and McQueen have studied. The pieces were made with pig skin that was altered to have freckles and tattoos matching those of the designer. 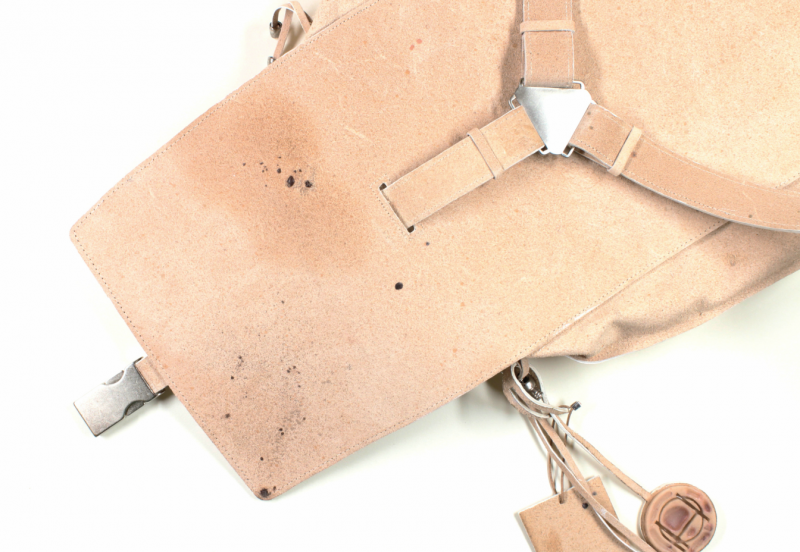 Legal issues regarding the protection of genetic material goes back to the famous ‘HeLa’ cells. Nowadays used worldwide in cancer research, the cells were originally taken from Henrietta Lacks in the 50s without anyone’s permission. A court ruled years after her death that a person’s discarded biological tissues are no longer their property and can be commercialized by a third party.

The issue surged back five years ago, when the DNA sequence of Lack’s cells was published publicly without permission from her family.

Today, the use of human biological materials in research is carefully regulated. However, that’s not the case for commercial purposes. “If a student like me was able to patent a material extracted from Alexander McQueen’s biological information, as there was no legislation to stop me, we can only imagine what big corporations with bigger funding are going to be capable of doing in the future,” said Gorjanc.