Relive BIO 2014 exhibition was held from the June 23rd to June 26th in San Diego, California and I was lucky to go there. 15667 other people, including 2,500 CEOs from more than 50 different countries came too. Why this event fascinates? Why major biotech actors in the world are meeting there every year? I will try to answer these questions by making you relive the event.

Let’s start with San Diego, the city in Southern California close to the Mexican border is a dream location for most of the planet. Its climate is the same throughout the year, 25°C and it is sunny (almost) every day. Arriving in San Diego can be summed up like this: 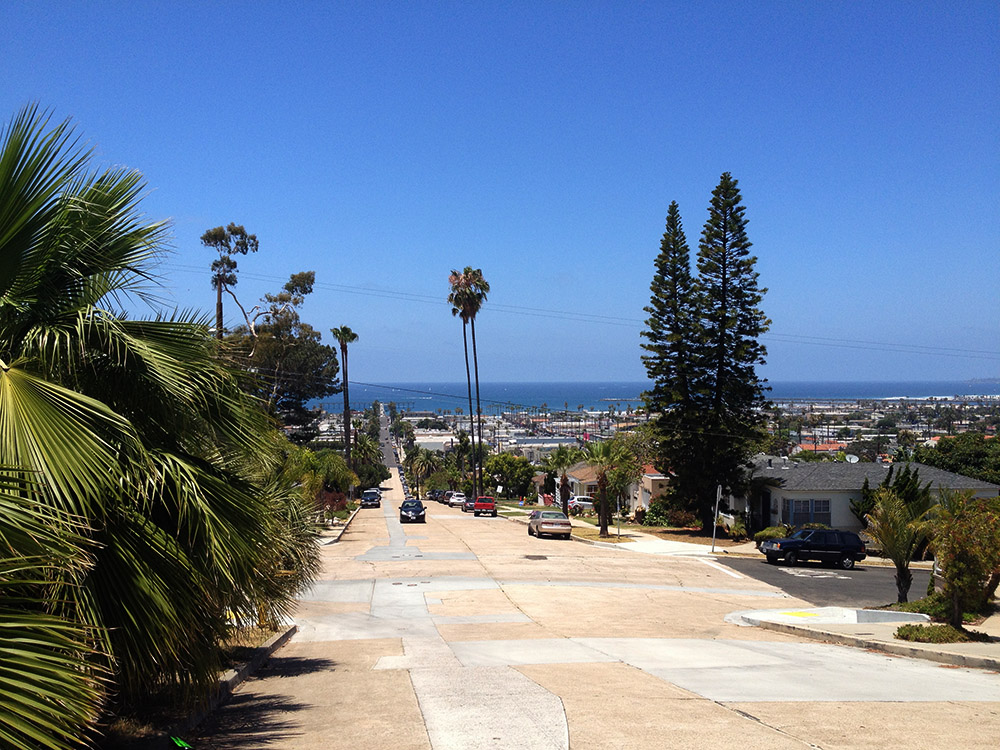 But fortunately, San Diego is not limited to the climate. The city is charming, human-sized, has excellent schools/universities and a highly developed industry, especially in biotech (second Biocluster in the US). The city also has one of the largest “convention center” of the United States with a capacity of 50,000 people. That’s where BIO, the world’s biggest Biotech convention was organized by the American organization of the same name. The event is interesting because of its exhibition and everything that gravitates around including many events. The first event was already held on Sunday. It was organized by the French Agency for Investments and gathered a major part of the French community. I was able to meet some great people such as a partner at Ernst & Young who told me that LaBiotech.fr, the French leading Biotech news website, “was his bible.” As you could guess, I was very proud and it gave me a lot of energy for the rest of the convention.

The next day, the pre-convention started. First contact with the convention center, both huge and long. In the afternoon, the Fast-Track R & D was organized by Ubifrance. This event was an opportunity to showcase French know-how and develop partnerships between international and French companies. As you might have guessed, it is a good opportunity to network with many people. In fact, networking is what people are doing at BIO from 8:30 am to midnight every day including at many evening receptions. 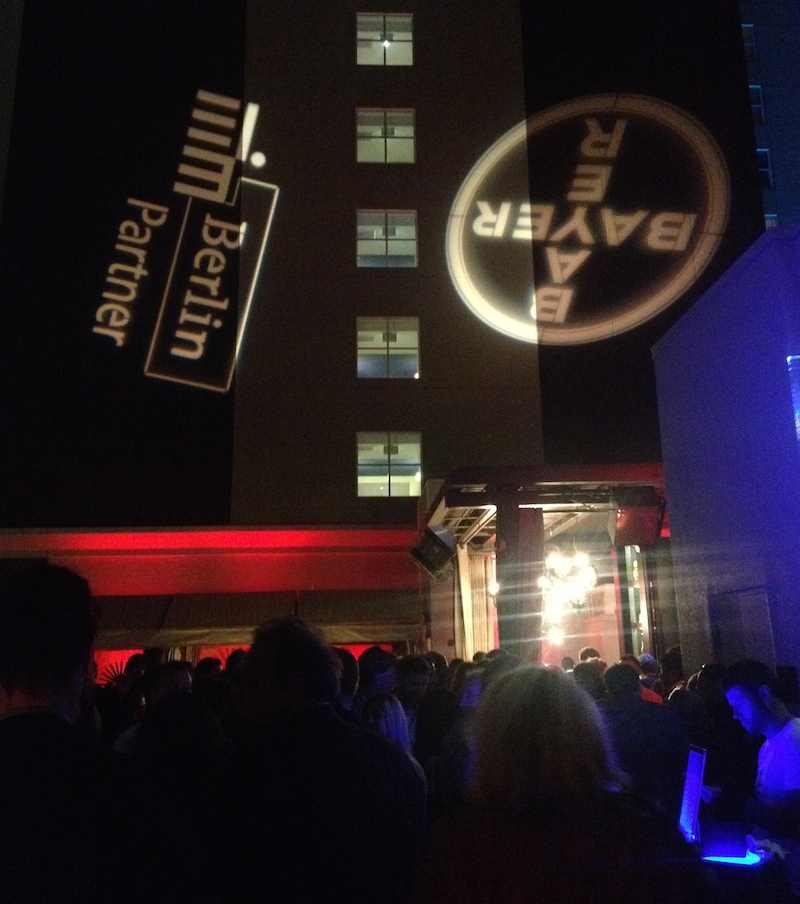 Monday night is the famous Berlin Brandenburg reception which was held on the roof of a large hotel. Logos projected on the walls of the hotels, Berlin music, free alcohol; it feels like a party in Berlin. And that’s probably the goal! One result is faster networking. I was able to meet the CEO of Immatics, a German company that raised over 150 million without going public, and who will finally participate in LaBiotech Tour South of Germany. Another business dev asked me why a young person like me was here tonight. I told him by joking that the French people started very early. But that does not answer the question of why I was in BIO? I was luckily invited by the Scientific Service of the French Consulate of Los Angeles to make a presentation of LaBiotech Tour France in San Diego on Friday and invited by UbiFrance to present twice on the French Pavillon – thanks again to both of them. 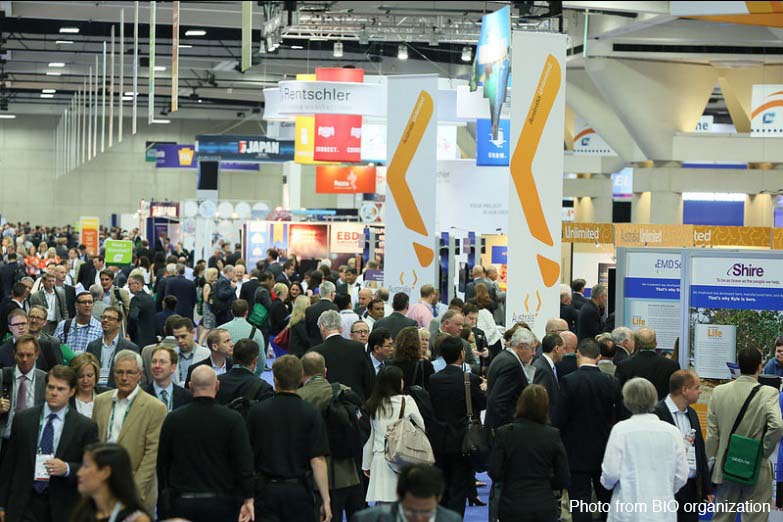 The convention started on Tuesday morning. I started with the presentation of LaBiotech Tour France on the French pavilion for a breakfast with an Australian delegation. An Australian tour might be organized sooner than expected;)

The convention is organized by pavilions. Each country or large company has its own. This allows to orient yourself in this huge hall and quickly meet the right people. The other major area is the BioPartnering area, much appreciated by attendees. You can set up appointments with potential customers or partners in advance. Generally, it allows you to meet senior directors and to have a private 30 minutes moment with them.

Lunch is included in the convention and everyone eats together in a huge room where a guest speaker is invited. Richard Branson, founder and CEO of Virgin Group, began his speech by cutting the tie of BIO’s CEO Jim Greenwood. It was planned in advance but well done and entertaining. Obviously, the meal is a great way to meet even more people and this afternoon, I met people from Deloitte and a director of Business Development from Merck Serono. I visited different booths during the afternoon until the famous Belgian evening. (When I say famous I am not exaggerating. Evenings are as well-known and as expected as the rest.) This event was held in a bar of the city center with nice Belgian beer and fries. 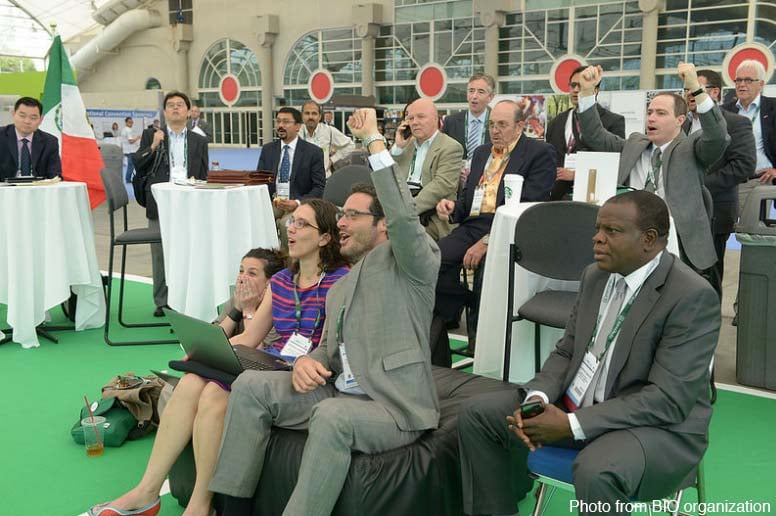 I woke up early and walked to the convention to continue networking. Lunch guest speaker was Hilary Clinton, which came to present his book and his candidacy in the next election. Many political banalities giving a quite boring speech in the opposite to previous day. At the end of the meal, I head to the area where the World Cup final France’s game had already begun. Half of the French people were at the same place to see a beautiful 0-0.

I finished the day with a second presentation of LaBiotech Tour France on the French Pavilion and I then headed for the closing night of BIO. The organizers had privatized a district of the city (Gaslamp) for a giant reception. Really impressive. 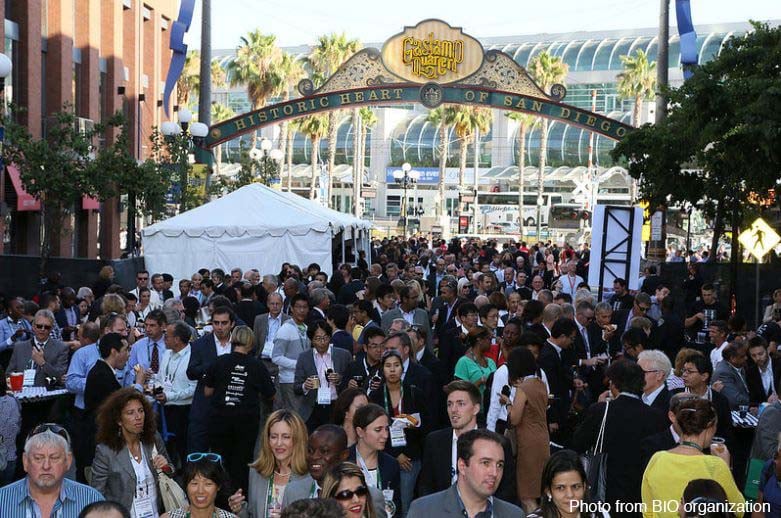 To summaries, BIO 2014 is truly an amazing and unique convention around the World. You can meet a lot of important people within the industry and most people I’ve talked to are CEO or Directors. Next year, the event will be held in Philadelphia from June 15th to 18th. I hope I will be able to assist to it and live a similar great experience again.