An international collaboration called BioRescue has taken a step forward in bringing back the Northern White Rhino with the creation of three embryos, which it hopes to bring to term in a surrogate in the coming months.

The BioRescue team, including researchers based at the Leibniz Institute for Zoo and Wildlife Research, Germany, extracted egg cells from the ovaries of the last two remaining northern white rhino females. They then artificially fertilized the eggs using sperm taken from now-deceased male rhinos and stored the embryos in liquid nitrogen. The team managed to create two embryos in September 2019 and has recently created a third.

“Before the BioRescue team came, no one had ever created an embryo from a northern white rhino except for the rhino itself,” Steven Seet, Head Public Relations & International Affairs at the Leibniz Institute for Zoo and Wildlife Research, told me. “This species is functionally extinct. Nevertheless, we have achieved the production of a third embryo now. This is incredible.”

As the last two females are unable to become pregnant, the plan now is to implant the embryos into surrogate female southern white rhinos, a distinct subspecies, in the coming months.  “Every additional embryo increases the probability of getting a pregnancy … The more, the better!” Seet said.

There are many technical challenges remaining before the team can save the Northern White Rhino from extinction. First of all, it will need a lot more than three embryos to rebuild a healthy population. To meet this challenge, the team is developing technology to transform stem cells from northern white rhino skin tissue into egg and sperm cells. “Our Japanese cooperation partner succeeded in doing so in a mouse model,” Seet said. “We are adapting this to the rhinos.” 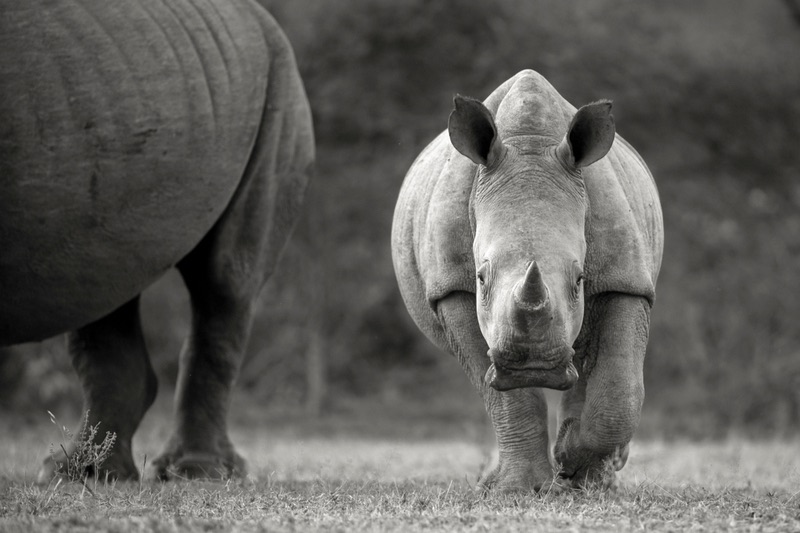 “It might be that there are epigenetic components involved as the biological system of the southern rhinos might differ from the northern,” Seet told me. “A possible assessment of this could be conducted when we have the first calves on the ground. This is further research then.”

Also involved in the BioRescue project was the German big pharma Merck KGaA, which donated a specialized incubator where the egg cells could be fertilized with monitoring by HD cameras.

“Merck has donated access to its innovative fertility technologies to Project BioRescue to give this challenge the best possible chance of success and protect the Northern White Rhino from extinction,” Jan Kirsten, Merck’s Head of Global Business Franchise for Fertility, told me. “While there is a long way to go on this journey, we hope these steps will pave the way for this technique to potentially be used in other species.”

According to Kirsten and Seet, the biotechnology industry will likely play a strong role in the conservation of endangered species in the coming years. However, argued Seet, reproductive medicine and stem cell technology should remain a last resort to save a species.

“It would be better to react much earlier to avoid using the BioRescue technology,” he said. “Humans must learn from this best practice project and evaluate biodiversity and conserve it.”