TCR2 Therapeutics was backed by the Munich biotech mafia, a group of wealthy veteran biotech leaders that seem to be taking over the promising immuno-oncology field.

TCR2 Therapeutics has kicked off with a €41.2M ($44.5M) Series A round led by MPM Capital in the US and F2 Ventures in London. The new company, based in Boston, was founded last year by Patrick Baeuerle, a biotech veteran from Munich now working as Managing Director at MPM Capital. He also co-founded iOmx Therapeutics, which also received €40M in a Series A led by MPM a few months ago.

Robert Hofmeister, now CSO of TCR2, is the other member of the Munich biotech mafia behind the new company. This group of wealthy veteran biotech leaders, similarly to the PayPal mafia in Silicon Valley, formed part of Micromet before it was acquired by Amgen. They seem particularly interested in investing in immuno-oncology, a field that could make a huge difference in the fight against cancer.

TCR2 will focus on immuno-oncology with TRuC, a proprietary TCR fusion construct platform that can reprogram TCR to recognize specific tumor antigens. Ansbert Gadicke, co-founder of MPM Capital and also a German biotech veteran, stated that the technology aims to overcome limitations faced by existing T cell therapies by improving their durability, safety, and activity against solid tumors. 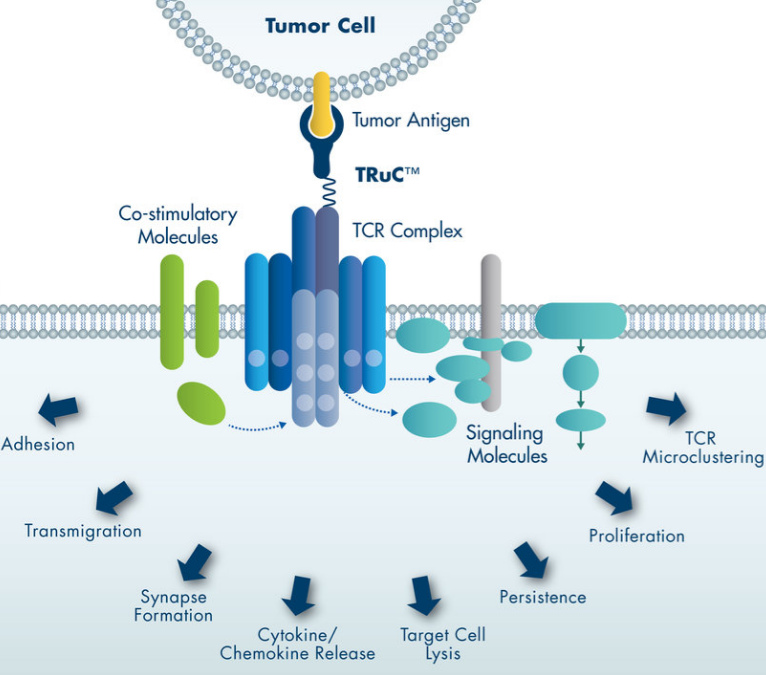 Although immuno-oncology is promising for the development of a cure for cancer, most approaches currently focus on blood cancer since liquid tumors are easier to target, with technologies like CAR-T stealing the show in this area.

TCR therapy seems to be better suited to target solid tumors, but there are still big challenges regarding T-cell infiltration and the strong immunosuppresive tumor microenvironment. The experienced team at TCR2 seems to be confident that its new platform can be used to overcome these limitations and create a therapy that can outperform all competitors.

Currently, Adaptimmune is one of the most advanced TCR leaders, running Phase I/II trials for ovarian cancer, synovial sarcoma, multiple myeloma, melanoma and non-small cell lung cancer. Immunocore, one of the only 3 European unicorns, has managed to gather a big pile of money with its TCR technology and is carrying out Phase II trials melanoma. Will the Munich biotech mafia follow these steps and attract billions with this new company?