We just partnered with the European Biotech Week, which is a good reason to talk to its secretary general, Nathalie Moll. I asked her more about the event, the reasons for organising it and her vision for the future of Biotech in Europe.

The event is a week of Biotech related seminars and activities from September 26th to October 2nd organised by EuropaBio, the European Association for Bioindustries, and its member National associations.

Inspired by the long standing Canadian National Biotech Week, the first European Biotech Week in Europe took place in 2013, on the 60th anniversary of the discovery of the structure of DNA molecule. Now it’s even bigger…and more of Europe is also getting involved.

Let’s start with the ‘why’ – why have a European Biotech Week?

The main reason is that biotechnology is a complex science and the products derived from its use are not always well known or understood. The level of knowledge about biotech in general is not very high in Europe.

Therefore there is a need for us as an industry to reach out to the general public, to engage in discussions and knowledge sharing about what we do, what we produce and why.

We were inspired by the Canadians’ approach who have been hosting a National Biotech Week for over a decade to engage with the general public at all levels. We created a logo and collaborated with our member national biotech associations to help develop a programme of events and activities across Europe on a yearly basis.

We launched it in 2013 and we had over 100 events held in the last edition. And the good thing for this 4th edition is that we see more and more people getting involved and helping it grow. But we always need more people.

The Biotech industry should be really proud of what it is achieving and should be eager to present its current successes and future plans to the end-users.

What’s the difference in how biotech is perceived in Europe and in the US?

Biotech in the US is a well-known and established industry; it is a business with strong success stories, established revenue and investment streams and a large number of employees. Look at the big convention there (e.g. BIO), which attracts nearly 20,000 people.

Europe’s biotech industry is just as strong in number of companies although companies tend to be smaller in size. We have been extremely successful over the past 18 months in terms of attracting capital and floating on the stock market however the overall amount of capital in the EU is lower than in the US and the complexity of the EU market of 28 countries cannot be compared to the market of one single country like the US.

Another difference regards policy towards biotechnology. We have one European regulatory framework that is declined in market access for 28 different countries in Europe. Europe also cannot compete with larger single countries in terms of market incentives for emerging sectors such as industrial biotechnology.

Market pull measures cannot be decided at EU level and need to be pursued on a country by country basis.

What’s your vision for the European Biotech industry in the coming 5-10 years?

I’m optimistic. Despite the obstacles the different biotech sectors have faced over the years, there are great opportunities with the new techniques and applications that are being developed, and the science – technology per se – continues to grow in Europe.

As EuropaBio, we are dedicated to engaging with all stakeholders to unblock the last bottle necks and ensure European biotech continues to grow and contribute solutions to humanity’s most pressing needs.

It was great talking to Nathalie. We really share the same vision of a more united European Biotech industry with more collaboration, more cross-border business and more shared knowledge. The European Biotech Week is definitely a great initiative and we will support it as much as possible. 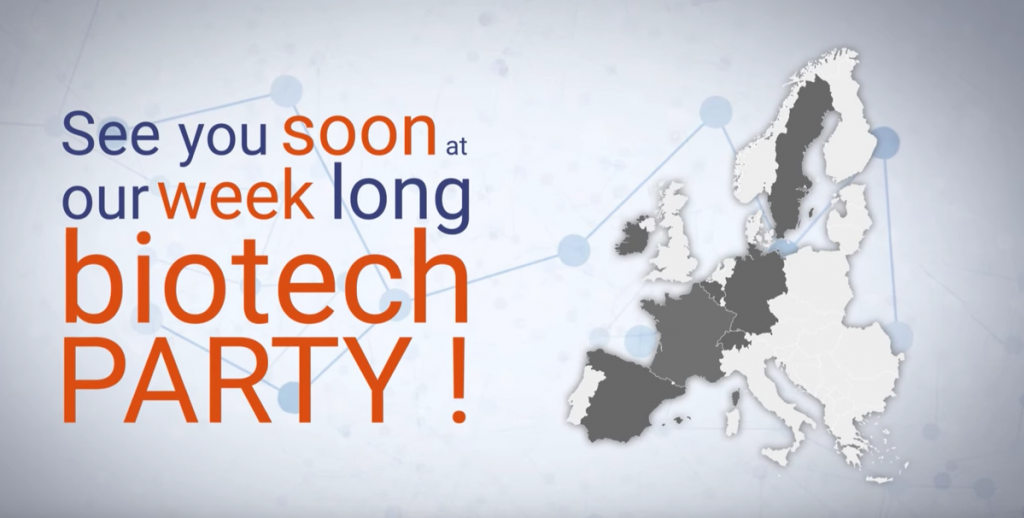 P.S. Here’s a great timeline of the History of Biotech by EuropaBio (click to see full-size) 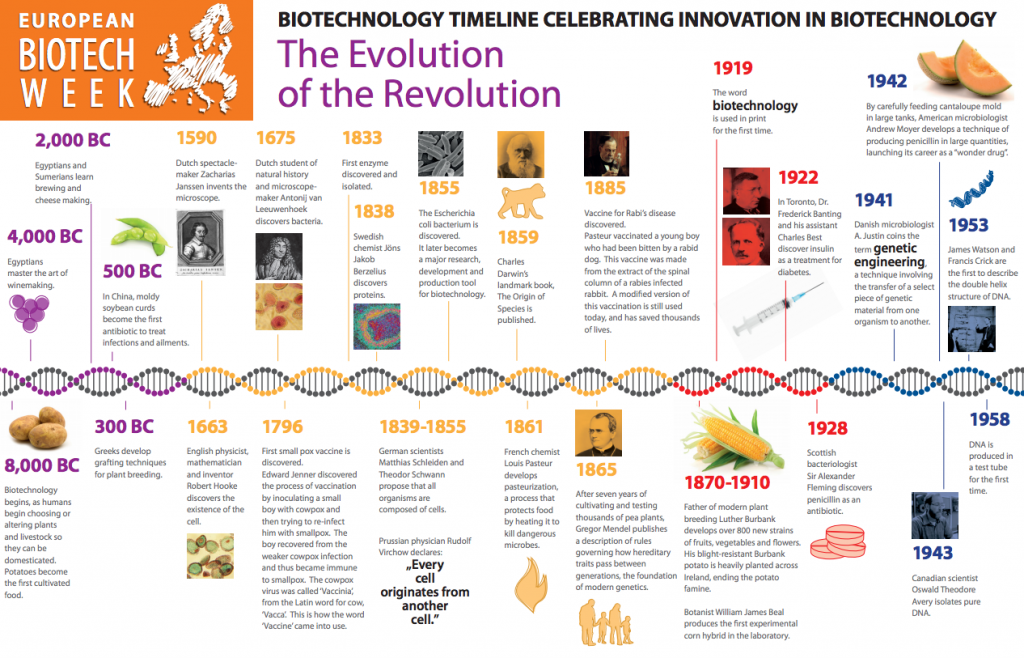