These risk investors are deeply linked to any venture successes. And although Europe definitely has fewer than in the US, there’s still a significant amount of influence and wealth on this side of the Atlantic.

Note: I’ve only listed non-corporate investors and only VCs having their ‘headquarters’ in Europe.

The investors are in no particular order as it’s hard to find one common criteria, wether it is money under management, number of investments, return on investment, team size or any other criteria. 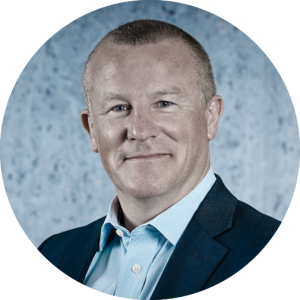 Comment: Neil Woodford is one of the most respected British fund managers. His 30 years of experience has been re-injected into the fund to assure returns on the massive amount of money he’s raised. It’s simple: it’s the biggest UK fund ever made, whatever field we consider. And as of December 2015, he had already re-invested 75% of the money, mostly into British/European Biotechs.

LSP – One of the most successful VCs in Europe

Money under management: Over €1Bn – last undisclosed investment from BMS in 2015 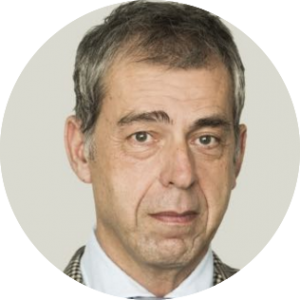 Comment: LSP is one of the oldest and most successful Biotech investors in Europe. It claims over 25% return on investment per year in private investment, which is very high. To get to this high return, it participated in many of the European success stories, such as Qiagen, Crucell and more recently ProSensa, sold $840M to BioMarin early 2015. 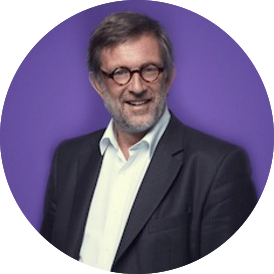 Comment: Sofinnova is French largest VC company and probably one of the oldest in Europe. It invested in several great success-story, such as Actelion (Switzerland), DBV (France) and Stentys (France).

It has some portfolio companies in France, but its focus is pan-European. I met Denis Lucquin 3 years ago during our Labiotech ‘Tour de France‘ and I was really impressed by his large experience and his vision of the European biotech ecosystem.

Medicxi – the Spin-out of Index Ventures 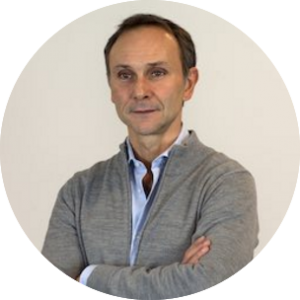 Now, the first round of Medicxi is massive (€210M) and the management team has plenty of experience. It will be interesting to follow where it is investing in in the coming months. 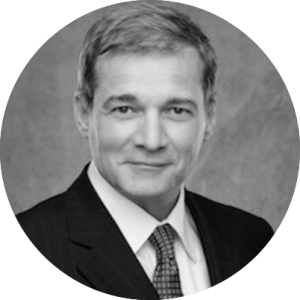 Ultimately, it has played an essential role in building up the German Biotech ecosystem, to the N°1 in Europe in terms of companies and people employed. 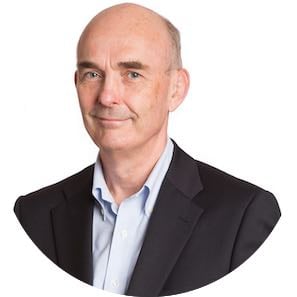 Comment: Abingworth is way older than me and is from the same generation as Sofinnova. Their last fund, Abingworth Bioventures VI, is theoretically the 6th (or the 9th if we count several rounds for the same fund).

Having so many funds under management is a good sign of success for a VC, and the Bioventures VI is already on a good track. CRISPR Therapeutics (Switzerland) to name only one of their portfolio companies, is the biggest CRISPR company in Europe and could play a key role in the industrialization of this revolutionary gene editing technology.

P.S. A partner of Abingworth will be at Labiotech Refresh on May 24th in Berlin Comment: Wellington is the second big VC of Bavaria, sitting next to its neighbor TVM. It has been successful over the last 17 years, by investing in companies such as Actelion, Medigene or mtm laboratories (which was acquired for €190M by Roche in 2011). Some more recent highlights include the exit of MedImmune/AstraZeneca for €130M ($150M) in 2014 and the acquisition of Sapiens by Medtronic for €175M ($200M) in 2014 as well. 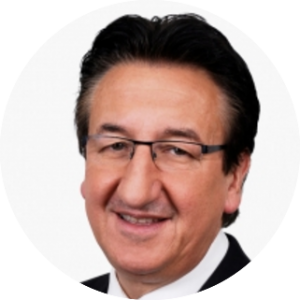 Comment: Surprisingly, HBM is publicly listed on the Swiss Stock Exchange. It seems to have done well in the past few years, having many successful companies in their portfolio.

Nabriva is an Austrian Biotech which just raised $100M on the NASDAQ and that could be a good return on investment for HBM. 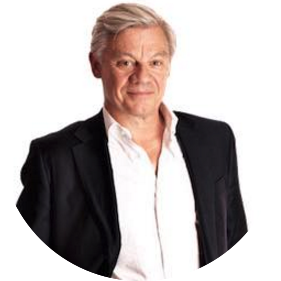 Comment: Sunstone is THE independent Life Science Venture Capitalist of Scandinavia (almost). It is the most major VC aside Novo (the huge investment arm of Novo Nordisk) or Lundbeck.

Sunstone picked up the best Nordic Biotechs, including the 3 mentioned above. Comment: Kurma can be seen as a ‘mini’ Flagship Ventures, the famous Boston-based investor (interview here), which co-founded some major companies like Moderna, Editas and Agios.

Flagship, of course, manages way more cash than Kurma, but the model of Kurma is similar. It co-founds companies from scratch by taking an innovation from University, accelerating its development and ultimately leading to an exit or an IPO.

Location: Naarden – next to Amsterdam (Netherlands) 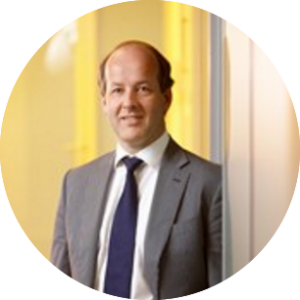 Comment: The Netherlands is not the first Europe Biotech ecosystem we think of (because of the small size of the country) but it has some great examples. I was positively surprised when we selected companies for our map.

I believe Forbion played an important role in this success. It invested in the best companies the country -and its Belgian neighbor – has much to offer, as uniQure (Netherlands), Galapagos (Belgium) and argenx (also Belgium) illustrate so well.

P.S. I interviewed a partner of Forbion here on his last NASH investment. 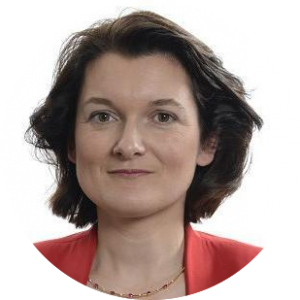 Comment: Seventure has invested in Life Sciences since 1998, with successful exits such as Santaris (sold to Roche €450M in August 2014).

More interestingly, Seventure is a strong believer in the development of Microbiome research. It created the World-first €160M investment fund dedicated to this new and promising field. First investments includes Enterome and Eligo Bioscience (both France) two of the most promising Microbiome French startups.

Ps: De Cremoux and Eligo Biosciences’ CEO will be at Labiotech Refresh in Berlin on May 24th. You should come of you wanna meet them! 😉

Location: Walldorf (Germany) (next to Heidelberg/Mannheim) 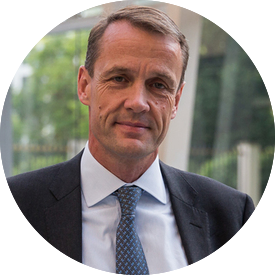 Comment: Dievini is one of the largest venture capitalists in Germany. It was founded with a part of the fortune of Dietmar Hopp, the famous founder of the software giant SAP.

Its flagship company is CureVac (Germany), the most advanced company to bring mRNA drugs on the market and challenging the cash-magnet Moderna from Boston.

PS: My partner Joachim interviewed Von Bohlen a few months ago for one of our Tour, click here to watch the video.

Truffle Capital – an Entrepreneur and Investor at the same time 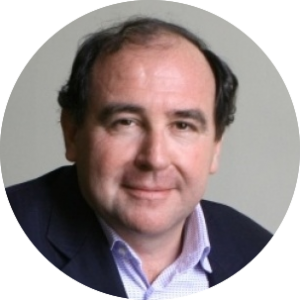 Comment: Truffle is well-known thanks to its iconic life science partner Philippe Pouletty. He is probably one of the biggest bio-entrepreneurs in France. His specialty? He co-founds the companies he invests in by partnering with an accomplished scientist (Miroslav Radman in the case of Deinove, Alain Carpentier in the case of Carmat etc.).

Overall, he has contributed a lot to the growth of the French Biotech ecosystem. 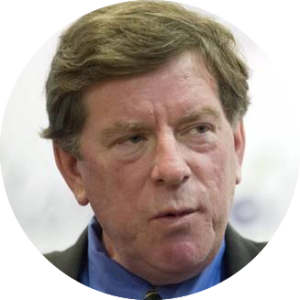 Comment: Malin is a brand new Irish VC which IPO’ed this year to raise €330M. Its CEO, Martin Kelly, is one of the most well-known Biotech leaders in Ireland. He was the former CEO of Elan and has engineered an $8.6 billion sale.

Money under management: Not disclosed – the Wellcome Trust ‘provides’ £700M per year, but not only through Syncona 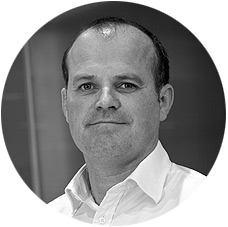 Comment: Wellcome Trust is a massive foundation from the UK with an endowment of £18Bn.

It’s interesting to see it has since opened its own venture capital arm, and that all the benefits will go back to the foundation focus in Medical research. 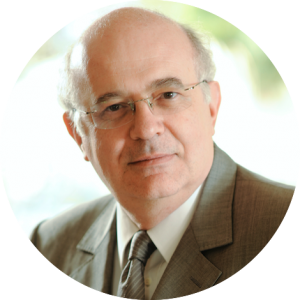 Comment: Edmond de Rothschild was a French member of the Rothschild banking family. Born in 1845, he helped manage the massive fortune accumulated by the Magnat family over 250 years.

Today, the group Edmond de Rothschild is active in Private Banking and Asset Management. This includes the life science branch, which is the second biggest in France judging by the amount of capital under management. 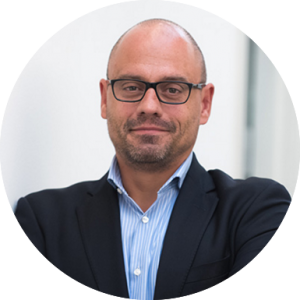 Comment: Ysios is the leading Spanish independent VC. Its capital under management is clearly smaller than the leading European funds above, but I wanted to represent Southern Europe in this ranking.

Ysios is a young fund that already has several interesting investments, such as leading the €36.6M Serie A of Mallorcan Sanifit with Rothschild and Forbion.

This list shows clearly that Europe has (at least 18 :p) successful life science investors, which have done very well over the last few years – and are ready to invest in the next success stories.

Now, your turn to tell me. Who impresses you? Who would you have added?

P.S. I did a first “ranking” in 2015 and many friends in the venture capital business “disagreed” with the money under management I showed then. I hope it’s better this time 😉