You could be storing information in DNA sooner than you might think. Although the technology is still quite early — the first video encoded in DNA, revealed last year, was quite simple — the rate at which the cost of writing DNA is going down might make DNA data storage a reality in the coming decade.

With the mass adoption of the internet, social media, and big data approaches in business and government, it is estimated that the sum of data produced each day is 2.5 quintillion bytes — that’s roughly 530 trillion copies of the song, ‘Around the World,’ by Daft Punk.

However, the rate of production far exceeds the growth of the capacity to store. This problem is worsened by the fact that the lifespan of most data storage technologies is only about 20 years. One elegant solution to increase capacity and durability is to use the fundamental data storage unit of biology, DNA.

DNA, when stored in cool dry conditions, is remarkably stable. The successful sequencing of 700,000-year-old horse DNA recovered from the arctic permafrost is a testament to its longevity.

DNA also has an incredible capacity for the density of information – the 3 billion base pairs that encode our genome are folded into a structure with a diameter of a mere 6 micrometers. Furthermore, while the speed of innovation rapidly demotes technological devices to vintage curiosities, the need for reading the genetic code will persist for as long as humans do.

Using DNA as a means of high-density data storage was first introduced to the scientific community in 2012 through independent experiments at Harvard University and at the European Bioinformatics Institute. Despite its promise, several barriers must be overcome before of DNA as a storage device becomes a reality. Advances in sequencing (reading) DNA has far outpaced those for synthesizing (writing) DNA. The time to sequence a human genome plummeted from 13 years for the first genome back in 2003 to just about 24 hours nowadays.

But while sequencing a human genome now costs less than €1,000, at the current rate of €0.25 per synthesized base pair, writing a whole human genome would cost a hefty €1B.

Companies looking to revolutionizing the field of DNA synthesis include Ginkgo Bioworks and Twist, which are implementing multiplex platforms to scale up chemical DNA writing processes. Other companies, such as Molecular Assemblies and DNA Script, are developing enzymatic methods to synthesize DNA.

According to Paul Freemont, a senior figure in synthetic biology, DNA synthesis is still three to four times too expensive now for data storage applications. But he believes that in 10 years, the price will decrease dramatically thanks to advances of these technologies.

Market demand should also increase with the adoption of CRISPR/Cas9 and the growth of synthetic biology, driving down the price through improvements in DNA synthesis processes.

In addition to the high costs of producing DNA, another hurdle has been maximizing the amount of information that can be stored in each nucleotide. Last year, a paper in Science described a storage method dubbed ‘DNA Fountain’ to access 85% of the predicted 1.8 bits that could be stored per nucleotide, which is an extraordinary 60% increase compared to previous methods.

Intriguingly, the authors propose strong decoding tools might make up for the use of less accurate DNA synthesis methods, meaning we may not need to wait for the cost of high-quality DNA synthesis to dip dramatically. So-called ‘quick and dirty’ DNA preparations that sacrifice purity but utilize less material and take less time to synthesize might suffice for DNA data storage. 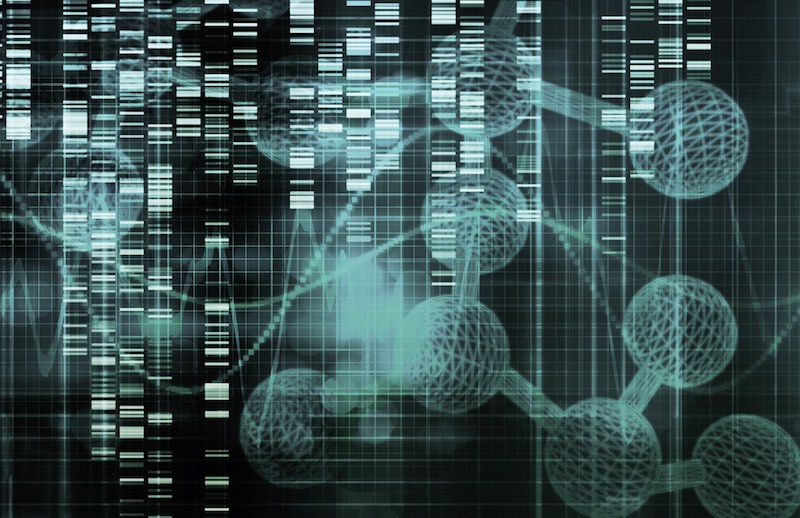 A chance for European synthetic biology?

DNA data storage would be a stable, low energy method of storing large quantities of information that can be passed onto future generations. European institutions are catching on the potential, with examples such as SynbiCITE, which has created 5 different DNA foundries across the UK to stimulate research and the commercialization of products in the realm of synthetic biology.

As DNA synthesis chemistry costs come down, it will be interesting to watch out for the emergence of spin-offs from both the synthetic biology community as well as its computational counterpart, such as the European Bioinformatics Institute, which has been home to some of the pioneering work in the field of DNA data storage.

The challenges in the field are still many. Even once DNA data storage becomes possible, hand in hand with the influx of information will come the importance of data security. But as technology advances and we tackle the obstacles, DNA storage might be a reality within just a decade

Alison Hirukawa is interested in emerging technologies and dreams of playing beach volleyball in Rio de Janeiro. She has a PhD on cancer epigenetics from McGill University in Montréal.