Özlem Türeci discusses the future of individualized cancer therapy and her journey to become an entrepreneur and take science to patients.

As a trained physician and immunologist, Dr. Özlem Türeci has led her own research group with Prof. Ugur Sahin at the University of Mainz, Germany, since 2000. But academic research was not enough for her, so 16 years ago she started her own company, Ganymed Pharmaceuticals. “I understood that what we can offer cancer patients at the hospitals is not much, and we could do more by bringing new discoveries to the patient’s bedside,” she told me.

The company was acquired last year by Astellas Pharma for €1.3Bn including milestone payments, making it the biggest biotech deal in Germany so far and putting its unique antibody technology one step closer to patients. As she continues at Ganymed by supporting the new owners in their takeover of late-stage antibody development, she is also active as a Scientific Advisor for BioNTech, a company developing mRNA-based individualized cancer vaccines led by her partner Ugur Sahin.

Türeci has also played a key role in the establishment of the Mainz biotech ecosystem through the opening of new research facilities to support public-private partnerships in 2014 and as Chairman of the CI3 (Cluster for Individualized Immune Intervention). On top of all that, she’s an Executive Board Member of the European Cancer Research Association (CIMT).

I was eager to learn more about her, so I talked to Türeci to get the story behind her successful track record and her expert perspective on the future of cancer immunotherapy.

Let’s start with Ganymed, your first venture in the industry. What drove you to create your own company?

In the 90s, before we started Ganymed, our research team was led by Ugur Sahin – the CEO of BioNTech, and also a co-founder of Ganymed – and me. We had a vision: to mobilize the immune system in a multi-modal way. So we started to develop several cancer immunotherapy platforms.

One focused on a special type of antibody that, in contrast to the normal paradigm of blocking a function, instead meant to activate immune effectors and attract them to the tumor. We called them “ideal antibodies” or IMABs.

We became aware that the platform was already at a stage where we needed to initiate clinical development to ensure the translation of this concept. And the only way we saw was to found a company and do the clinical translation ourselves, because it was so early that we could not get any pharma company to take an interest. From the beginning, the plan was to bring it to a point where a pharma company would feel comfortable to take over and go the last mile of bringing the compound to the market.

I took over responsibility as the CEO, whereas the rest of the scientific team remained in academia and pursued the other projects to which I scientifically continued to contribute. In 2008, we recognized another platform had reached a maturity point where they had to be accelerated towards individualized vaccines, and BioNTech was founded. Ugur Sahin took over the responsibility as the CEO, and I took over a position on the advisory board, because I was still CEO of Ganymed and had to focus on it.

The key was the eye-popping data we generated in our clinical trial. You have to imagine that in advanced gastric cancer, the medical need is very, very high. A number of antibodies like, for example, Avastin and Erbitux, have been tested and failed in large clinical trials. The only antibody approved so far for first-line treatment of this cancer indication is Herceptin. Patients don’t have a median overall survival longer than one year after diagnosis, and Herceptin elongates the median overall survival only for a couple of weeks, which shows how desperate the situation is.

We very convincingly showed that our antibody, IMAB362, contributes a highly significant increase in median overall survival. And not only this, we also were able to ensure a sustained effect. In a subgroup of patients with high expression of the target of the antibody, we even had a near doubling of median overall survival. This is something that has not been seen in this indication in the last two decades. After we presented the data at ASCO, we were approached by pharma companies which were interested in this compound, and wanted to have it.

How was the transition from academic research to the industry?

The transition was challenging, for sure, as a scientist and physician who was trained in academia, but I think this is what every scientific founder encounters when deciding to do these steps towards founding a company. You have, basically, to learn the set of skills you need on the job.

The first steps were certainly a bit bumpy. We founded the company in 2001, at a time where the private equity markets were quite risk-averse, which meant that it was also not so easy to get venture capital, and to recruit people for the company, and so on.

What would you say is the main challenge to bring science closer to the patients?

One is funding. If you decide to advance a research project into hard-core drug development, you need much more funding than you could get in an academic context. The only way to really get a discovery, an innovation to the patient is to make sure that it is properly developed and becomes a validated, marketed product. You cannot really serve the patient need if you, for example, go for compassionate use, or any other setting which can be afforded by an academic institution.

I absolutely think that ecosystems in which companies work together with academia are the key to ensuring that innovation is translated. My impression is that this is becoming more and more accepted. Many pharma companies have programs where they try to connect to academic institutions and biotechs. Here, in Mainz, we are part of such a cluster, which in our experience is the best way to accelerate innovations into clinical development. 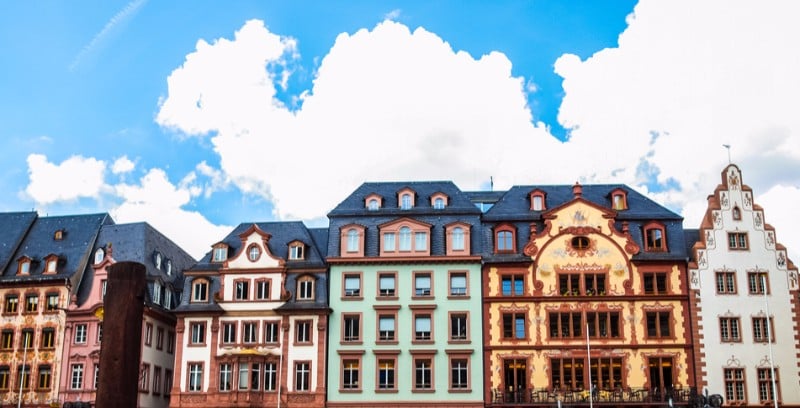 You have now a long track of working with cancer immunotherapy. How has the oncology field evolved since you started your career?

When I started, cancer immunotherapy was not an accepted industrial or pharmaceutical concept. The mainstream was, basically, was that drugs had to somehow block, or inhibit, oncogenes. It took a long time to become accepted that the immune system is a very potent tool to fight cancer, with checkpoint inhibitors showing tremendous success and, for the first time, curing cancer. Today, immune therapies are actually a commodity. There is no pharma company which does not have a checkpoint inhibitor program.

It’s the beginning of a revolution. What I expect is that, after the wave of checkpoint inhibitors, others will come. One very strong trend is cell therapies like CAR-T. Another is cancer vaccines based on tumor antigens.

I strongly believe in individualized therapies. The trajectories I see in other fields support it. They are becoming feasible and marketable through digitalization and miniaturization of production facilities, through scaling by parallelization. Individualized therapy, by definition, has to be the best option for cancer, which is a very heterogeneous disease, inter- and intra-individually.

What scientific challenges remain to be solved to make individualized immunotherapies a reality?

An important challenge for individualized treatments will be manufacturing, because you cannot scale up in the sense we are used to. Another challenge will be to bring down the costs. However, I think these are technical challenges which can be addressed by technological improvements that are already happening.

I believe that an important part of dealing with cancer will be to invest more in early detection of cancer. There are really good breakthroughs in terms of treatment, and this has to be complemented with early detection. Not only methods, but also mindsets for the general population.

What’s the main takeaway from your experience so far?