A new interactive art installation at the Francis Crick Institute in London lets visitors peek into what life at the famous research institute is like.

“The Francis Crick Institute is this incredible, huge, imposing building of which the public can see very little inside,” Alex May, a British digital artist, told me during an interview.

His latest piece, located at the entrance of the research institute, lets passersby get a closer look.

“I was very interested to reveal the inner workings of the building itself, and what scientists do every day,” he told me.

The installation consists of a series of screens featuring hundreds of film clips. As the visitors get closer, the clips change, showing different aspects of the Crick Institute. 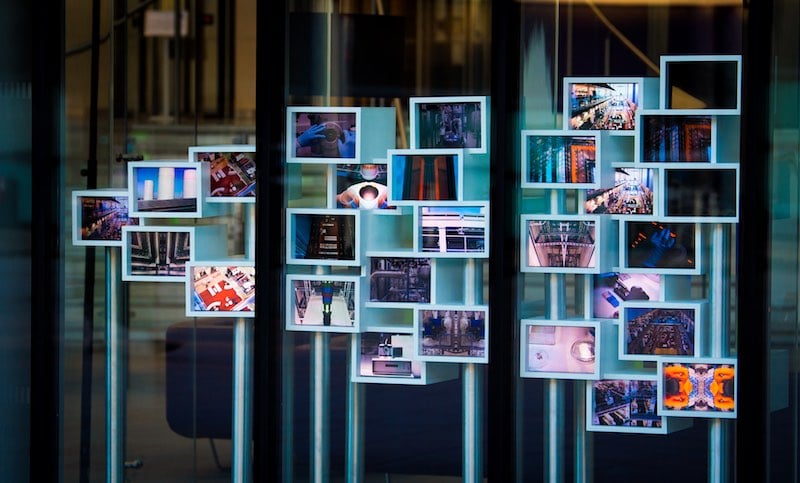 “If you stand further back, all the screens will show one big video piece I made about science imagery, which is the most obvious thing that comes out of scientific institutions. As you walk towards it, the videos change to reveal the architecture of the building,” May explained.

“Then, at the closest range, you see the people. Because science is done by people. And not just the scientists themselves, but everyone from the IT guys to the people that make sure everything at the lab works.”

The message of the installation becomes then clear: “The closer you look, the more detail is revealed.”

Rather than the big scientific breakthroughs we get in the media, the footage uncovers the day-to-day life of the scientists. “What they do, day in day out, is this meticulous process that quite often does not take big leaps, but rather very incremental steps that take place along the way,” said May. 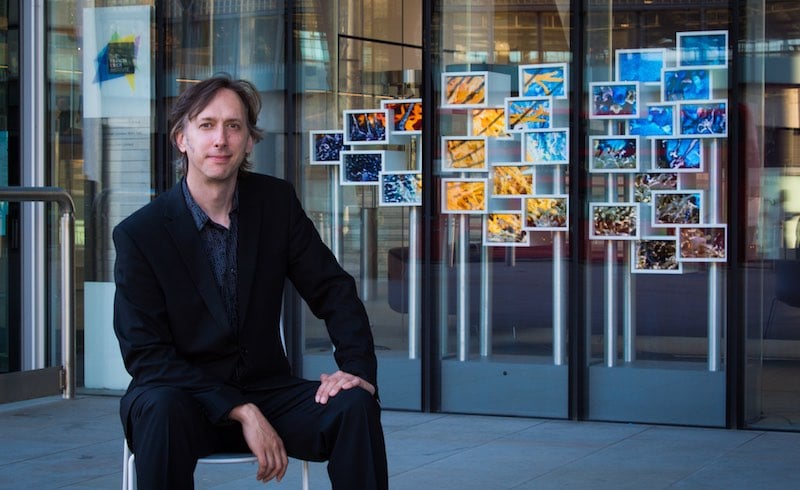 To create the video installation, May spent the last 18 months interacting with the scientists, exploring the building, filming, and programming the software behind the installation. “I engaged with the entire institution. It was such an enormous place with so much complexity going on. It was very overwhelming at times, because everyone there is so busy, working in all these different things in parallel. And you get these little snapshots of what they are doing.”

During this time, May was able to connect with the scientists, which he describes as “curious, passionate people,” and find common ground with his experience as an artist. The title of the piece, Flow State, makes reference to the state of deep focus that both scientists and artists dive in during their work.

Now, as passersby approach the institute, they can feel closer to the scientists and the valuable work they do behind closed doors. 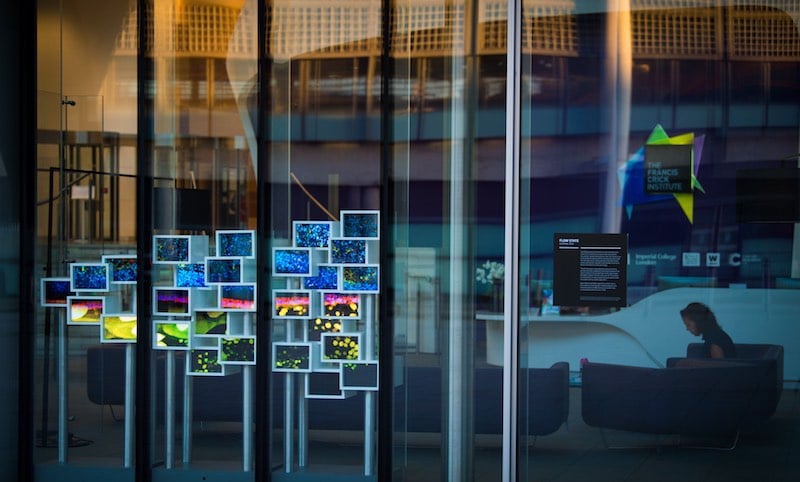